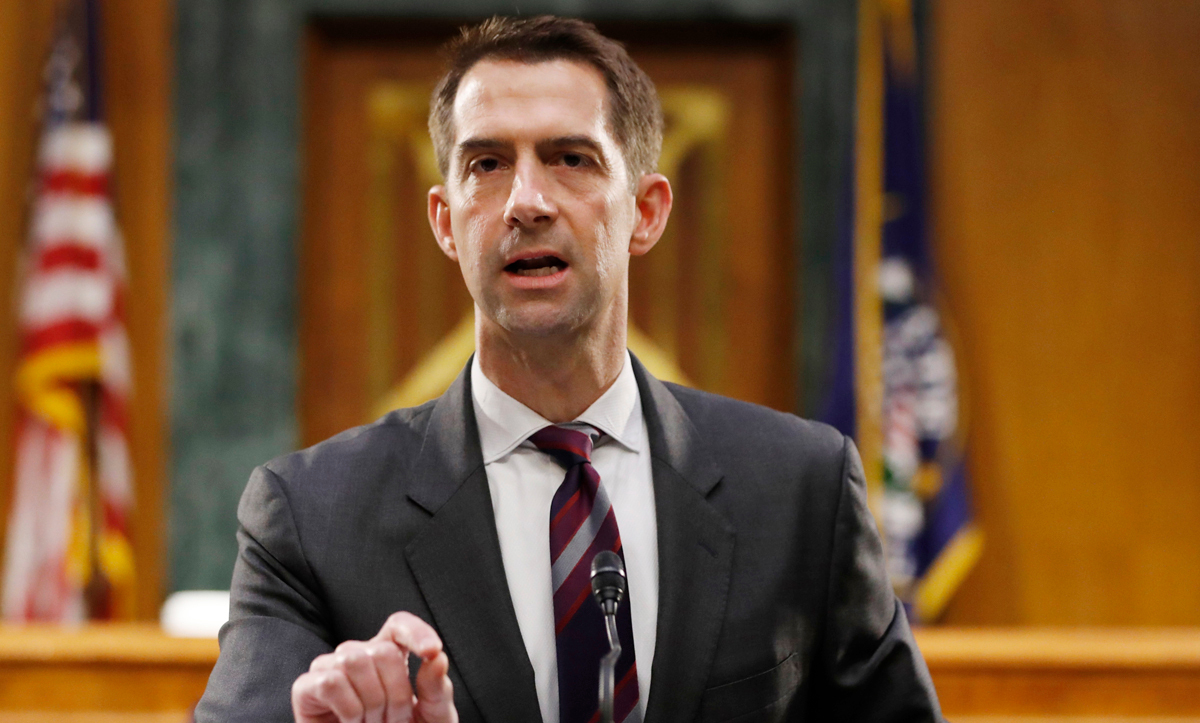 Thanksgiving is not a widely accepted holiday in Indian Country. For many Native people, it’s a painful reminder of the brutal treatment of this land's first peoples and the intergenerational trauma that came from colonization, stolen land and broken treaties.

This year’s Thanksgiving holiday will be no different, as Americans celebrate the quatercentenary of the Pilgrims and the Mayflower landing at Plymouth, Mass. in 1620, where the first settler colony was established in a land dubbed New England. There, the Pilgrims were met by the Wampanoag and a year later, in 1621, the two sides joined each other for the first Thanksgiving. And on this day, as the story goes, there was a peaceful exchange of food and land and thanks.

It’s a tale based on myths and lies, and told to kids in schools across the country for generations. The darker parts of the story willfully ignored.

But that didn’t stop Republican Sen. Tom Cotton of Arkansas from pushing back last week against those seeking to correct the historical narrative. In a speech, Cotton said “too many may have lost the civilization or self-confidence needed to celebrate the Pilgrims” and suggested that “revisionist charlatans of the radical left” were to blame for what he said was a decline in celebrations this year.

“There appear to be few commemorations, parades, or festivals to celebrate the Pilgrims this year, perhaps in part because revisionist charlatans of the radical left have lately claimed the previous year as America's true founding,” Cotton said. “Nothing can be further from the truth.”

Cotton, who has long been considered a future contender for president, took aim at a recent Thanksgiving-themed article in The New York Times, which argued that the “brutality of settlers’ expansion into the Great Plains and American West has been drastically underplayed in popular myths about the founding and growth of the United States.”

“Just today for instance The New York Times called the [Pilgrims'] story a myth and a caricature,” Cotton said. “In the Food Section, no less.”

In response to the clip of Cotton’s speech, Rep. Ilhan Omar (D-MN) fired back on Twitter.

“When your sense of history doesn’t go beyond your 3rd grade coloring books and actual history terrifies you,” the congresswoman said.

The Wampanoag are still surviving and their sovereignty is still under threat, most recently from the Trump administration.

“There was an event that happened in 1621,” Linda Coombs, a Wampanoag historian and a member of the Wampanoag Tribe of Gay Head (Aquinnah), told The Times. “But the whole story about what occurred on that first Thanksgiving was a myth created to make white people feel comfortable.”

On Nov. 26, the United American Indians of New England and its supporters will gather at Coles Hill in Plymouth to commemorate its 51st National Day of Mourning. The annual gathering honors Native ancestors and the struggles of Native people who survive today.