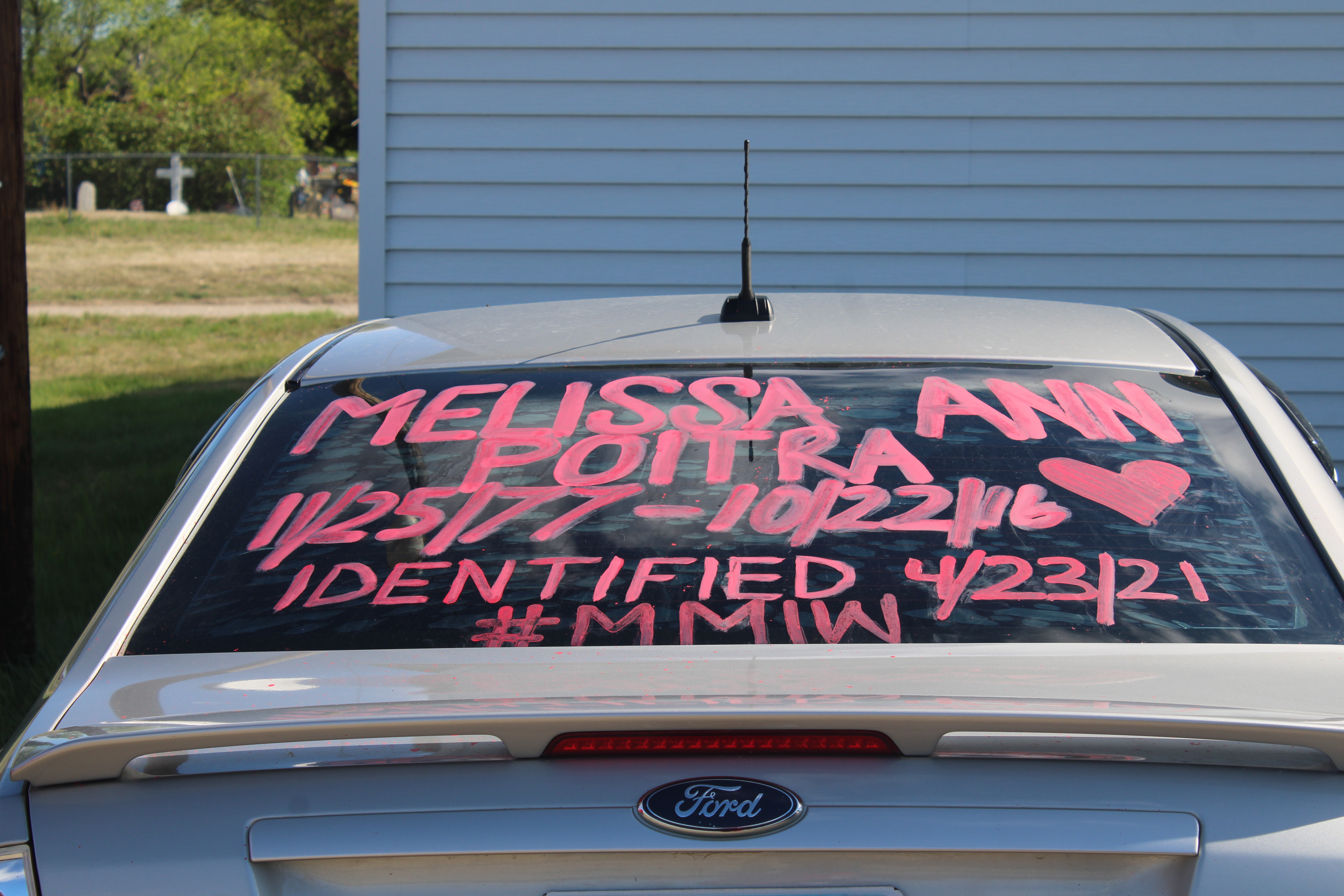 BELCOURT, N. D. — Melissa “Missy” Poitra, the 38-year-old woman found dead in a storage unit in Durham, North Carolina, was laid to rest today by her family in North Dakota.

At her funeral Monday, nearly three dozen friends and family filled Saint Anthony’s Catholic Church on the Turtle Mountain Indian Reservation in North Dakota and remembered a family member filled with happiness and love. Missy Poitra was recently given the name Mikanak Ikway, Turtle woman in Ojibwe, after her daughter Brittani Hetland traveled to North Carolina to pick up her mother’s cremated remains from National Cremation Service in Raleigh, North Carolina.

“I’ll always remember her laugh,” said Jessica Poitra of her sister Missy to Native News Online. “She had a contagious laugh and was always joking and laughing.”

Missy Poitra was a tribal citizen of the Turtle Mountain Band of Chippewa Indians and was found dead in a storage unit in Durham, North Carolina on October 22, 2016. Native News Online reported that Durham Police Department notified Missy’s father Cary Poitra, Sr. on April 27, 2021 through a DNA swab test.

Missy’s death marks one of the many cases nationwide, and beyond, of missing and murdered Indigenous women and relatives where the family had suspicions of a missing relative and reported numerous times to local law enforcement and little action was done. When an online article appeared in 2016 about an unidentified woman in Durham being discovered in a plastic tote concealed in a storage unit, Missy’s family had suspicions that the person was their relative. When she was discovered, she had been missing for more than 10 years. The Durham Police Department named her Jane Doe until April 23, 2021, nearly five years later.

Numerous calls were made by Missy’s daughter Brittani to the Durham Police Department since the police found her mother’s remains. “It’s been a very hard and long few weeks,” said Missy Poitra’s daughter Brittani Hetland to Native News Online. “This past Mother’s Day was the hardest it has ever been. While everyone spent their days with their moms, mine was cremated because I would not have been able to see her.”

“The news of Missy Ann Poitra and the horrific details of the conclusion of the missing persons investigation has sent a shock through not only our community, but Native Nations as a whole,” said Turtle Mountain Band of Chippewa Indians Tribal Chairman Jamie Azure, who attended Missy’s funeral, to Native News Online. “The Turtle Mountain Band of Chippewa send our deepest condolences to Missy’s family and the many people she positively touched during her life that was abruptly ended too short. No human being deserves that outcome. No family deserves to be contacted with the news that Missy’s family was notified of.”

After the church service, family and friends gathered at a local hall to share memories of Missy in Belcourt. Missy’s cremated remains were taken to a private location by her daughter.

“A part of the Turtle Mountains has been taken away much too soon and we demand that accountability of actions,” said Azure. “Missy was one person and one person is too many. Missy will be remembered!”

Durham Police have not released details about when or how Missy Poitra died and little information is being shared with the public, but her death is being treated as a homicide.

“I want answers,” said Hetland. “I’m tired of the vagueness.”