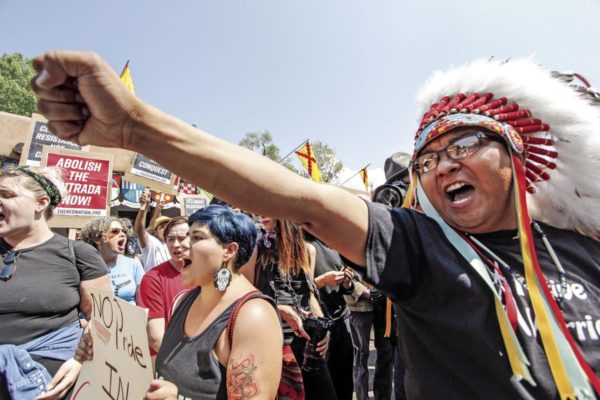 From Around the Web

SANTA FE, N.M. — The Santa Fe New Mexican writes in an article that New Mexico House Speaker Brian Egolf decided to eliminate a long-standing practice of asking clergy to give the invocation at the beginning of legislative sessions.

Instead, members of the New Mexico House of Representatives will say their own prayers.

This came after Lee Moquino, an Native American artist,  delivered in English and Tewa a prayer that included telling New Mexican lawmakers they were standing in "occupied Indigenous space."

He also added that Chaco Canyon, located in northwestern New Mexico, should be protected oil and gas drilling.

Speaker Egolf denies he made the change because of Moquino.