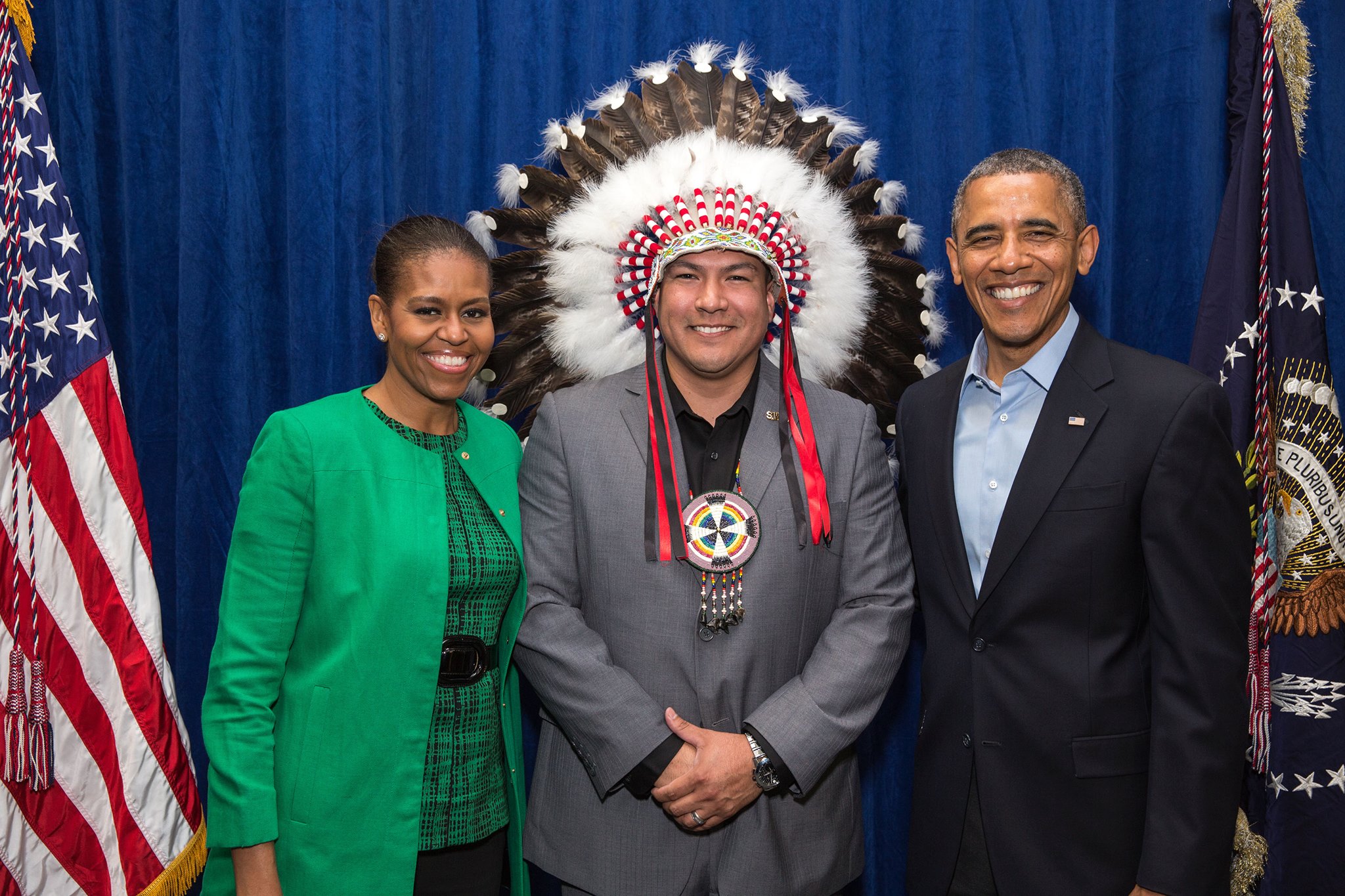 SISSETON, S.D. — The Sisseton-Wahpeton Oyate is mourning the loss of former Tribal Chairman Robert Shepherd, who passed away on Sunday morning from injuries sustained in an automobile accident last week. He was 45.

South Dakota Department of Public Safety spokesman Tony Mangan said Shepherd was involved in a single vehicle crash shortly before 8 a.m. after he lost control, went into a ditch and struck a power pole on a county road 10 miles south of Sisseton, S.D. Shepherd was taken to a local hospital in Sisseton and later airlifted to a Fargo, N.D. hospital where he died on Sunday.

“Former Chairman Shepherd left us too soon. I was looking forward to meeting with him to discuss the future of the Sisseton Wahpeton Oyate and seeing what path we could forge for future generations. We will carry his memory with us. As we light the sacred fire in his honor, we pray for his friends and family. He has joined his ancestors in the stars,” Sisseton-Wahpeton Oyate Tribal Chairman Delbert Hopkins, Jr. said.

Shepherd served as tribal chairman of the Sisseton-Wahpeton Oyate — a federally recognized tribe with nearly 14,000 tribal citizens — from 2011-2015. From 1996 to 2004, he served in the U.S. Navy. Shepherd later received a Master of Business Administration (MBA) degree.

“He was an educated young man who spoke of the importance of Dakota values and wanted nothing more than to serve his people to the best of his ability. He will be greatly missed by his loved ones and his community,” Hopkins said.

Dedicated to his tribal citizens, equipped with his MBA degree, Shepherd oversaw the building of a new tribal administration building and secured a $500,000 grant from the Shakopee Mdewakanton Sioux Community. The grant funds were used to develop the Sisseton Wahpeton Oyate Community Memorial Park, which was constructed on the former grounds of the former Tekawitha Orphanage.

Shepherd was proud of the park that was developed to serve tribal youth with a recreational area and other tribal citizens a place to pray.

“When I think of the Great Plains tribes and all tribes in the United States, I think of a sleeping giant. It is time to wake up this sleeping giant and fight for the life that we choose; for our ancestors and for our future generations that nobody can ignore or take away from us,” Shepherd said in his 2011 inaugural address. “Being a combat veteran I fought for their democracy and now I am home and will fight for the sovereignty of our Oyate.”

While representing a tribe from the Great Plains, Shepherd made friends with tribal leaders from around Indian Country. While he was tribal chairman, Shepherd was elected recording secretary of the National Congress of American Indians.

Lance Gumbs, vice chairman of the Shinnecock Tribe, based on Long Island, N.Y. remembers the first time he met Shepherd.  They were at a national conference and Shepherd wanted to learn about the wampum chokers Gumbs and fellow east coast tribal leaders were wearing.

“He was interested in hearing our history and all about the wampum chokers were wearing,” Gumbs told Native News Online. “A few weeks later we saw him at a National Indian Gaming Association conference and walked up to us wearing a wampum and said he was our brother. The idea he researched out where to purchase it and show us meant a lot to me.”

Gumbs said he will miss Shepherd’s smiling face and his friendship. “He was about humility with the right demeanor.”

“He was loved throughout Indian Country and our hearts are all breaking because he was destined to do so much more for the benefit of all of Indian Country,” Hedi Hitchcock (Ojibwe), an attorney who works Indian Country. “He was a wonderful person and a true friend to all that knew him, and he loved his tribe, his family, and friends so much. To lose someone that was so special to so many people is devastating and such a hard blow to us all.”

“It’s unexpected and when I woke up to a message that he was in a car accident, I absolutely lost it...I didn’t want to look at the rest of the message,” Hitchcock continued.

There will be a traditional ceremony for Shepherd in the rotunda of SWO Tribal Headquarters on Tuesday, Dec. 29 at 3 p.m. - CST, and wake services for him at Sisseton Wahpeton College Tuesday and Wednesday evening at 7 p.m. - CST. His funeral will be held on Thursday, Dec. 31 at the Sisseton Wahpeton College at 10 a.m. - CST. He will be buried next to his mother at St. Mary’s Cemetery.