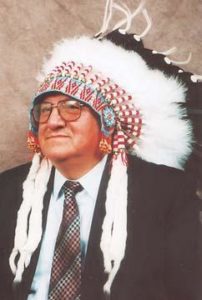 His attorney’s plea for Sharp to be spared prison time due Coronavirus health concerns was denied by District Judge Brian Morris. Sharp did receive a reduced sentence, as the recommendation by federal prosecutors was a lengthier two years behind bars. Last year, Sharp, 66, a Browning resident, pleaded guilty to wire fraud after he authorized false overtime claims for employees totaling more than 5,800 hours of unworked time, according to prosecutors. That scheme, which started in April 2013, happened over a 15-month period.

Sharp began approving the fraudulent overtime hours just two weeks after the program was hit with a $160,000 budget cut by federal officials, according to the Associated Press.

Sharp, who worked in tandem with his co-defendants, admitted to his role in stealing more than $230,000 from the Head Start. Some of those payments were made to his wife, Denise L. Sharp, the program’s personnel manager. She, and three others who held management positions (Theresa Marie Calf Boss Ribs, Patrick H. Calf Boss Ribs Jr. and Allen Shane Goss), were also convicted and sentenced to eight or nine months in prison.

Judge Morris ordered Sharp and the other defendants to pay $174,000 in restitution.