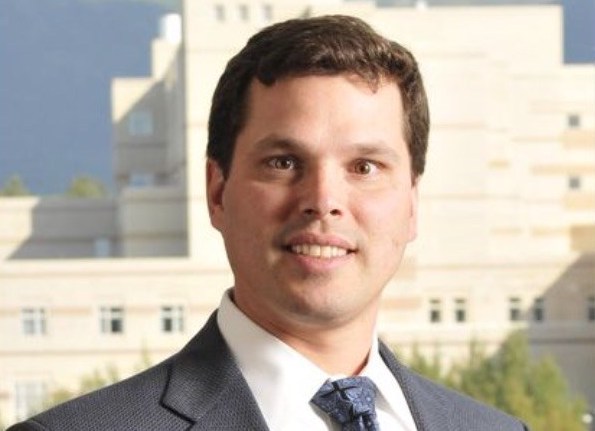 ANCHORAGE, Alaska — On Tuesday, the former leader of Alaska’s largest tribal health organization, Andy Teuber (Tangirnaq Native Village), disappeared hours after a story broke pinning his resignation the week prior to an accusation of a coerced sexual relationship made by his younger assistant.

Hours after Anchorage Daily News, in partnership with ProPublica, published the story, Andy Teuber flew his private helicopter, which flight records show departed from Merrill Field Airport in Anchorage at 2:09 p.m. on March 2 “with intentions of traveling to Kodiak,” a family member reported to the Coast Guard three hours later, when Teuber’s helicopter didn’t arrive at its destination. The helicopter was last seen 66 nautical miles northeast of Kodiak, according to an agency press release.

The Coast Guard suspended an air search for Teuber Wednesday afternoon after more than 13 hours of searching, announcing that debris found north of the island “was consistent with debris that would have been found on the overdue helicopter,” Coast Guard search and rescue mission coordinator, Cmdr. Matthew Hobbie said in a statement.

This comes one week after Teuber, 52, resigned from his position as Chairman and President of the Alaska Native Tribal Health Consortium (ANTHC), a position he held since 2008. The health consortium employs more than 3,000 people, making it the “most comprehensive Tribal health organization in the United States,” according to the company’s website.

Teuber’s resignation came at the heels of his former assistant, 27-year-old Savanah Evans (Athabascan), who officially resigned in late February, delivering a three page letter detailing “unrelenting coerced, forced, and required sex,” according to reporting from the Anchorage Daily News.

“You may wonder if this relationship was consensual,” Evans wrote to the 15-member ANTHC board. “It is not, if the person controls your employment.”

Teuber, in response to requests for comment from Anchorage Daily News, denied that any sexual encounter between the two was not consensual.

“After she made her interest plainly known, we did engage in intimate relations, which were always willing, voluntary and consensual, and often initiated by Ms. Evans,” Teuber wrote in an email.

The ANTHC Board of Directors has authorized an outside investigation into the allegations against Teuber. Last Friday, the organization announced that Bernice Kaigelak, a tribal health leader from the Arctic Slope region, will fill Teuber’s role as chairperson.

“Through the process of the investigation, this Board is absolutely committed to ensuring a safe work environment for all ANTHC employees,” Kaigelak said in a statement. “Unfortunately, Alaska Native women are disproportionately impacted by violence. We will not tolerate misconduct or sexual harassment of any kind. We are moving forward.”

"After an extensive search with our available assets resulting in inconclusive findings, it’s with a heavy heart that we have to suspend this search pending any new information,” he said. “I offer my deepest condolences to those affected by this incident.”

The agency did not immediately respond to Native News Online’s request for comment Wednesday.