WINDOW ROCK, Ariz. — The Navajo Nation is mourning the loss of Earnest C. Becenti Sr., a local chapter leader who passed away on Sunday, Aug. 16. He was 95. 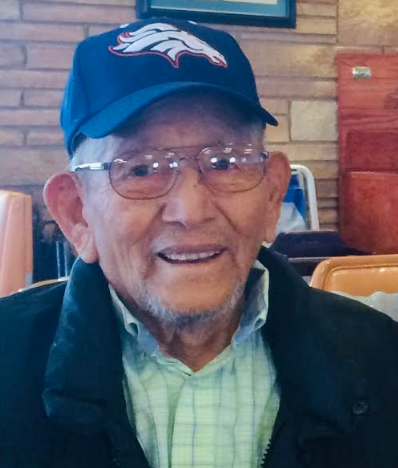 Yesterday, Navajo Nation President Jonathan Nez and Vice President Myron Lizer issued a proclamation that calls for flags on the Navajo Nation to be flown at half-staff on Aug. 19 in Becenti’s memory.

“As we mourn the loss of Earnest C. Becenti, Sr., we also honor and remember all his great sacrifices and services he provided for his Navajo people. Our thoughts and prayers are with his family, friends, and colleagues as they lay him to rest today,” said President Nez.

Becenti served the Navajo Nation in various capacities. After serving in World War II, he returned home where he served as a chapter official for 33 years, as president of the Eastern Navajo Agency Council for 23 years, as a member of the McKinley County School Board for 27 years, and as a commissioner for McKinley County for 16 years,  Becenti also served with the New Mexico Mounted Patrol for 14 years, and was a traditional medicine man for more than 56 years. He retired after 37 years of federal service.