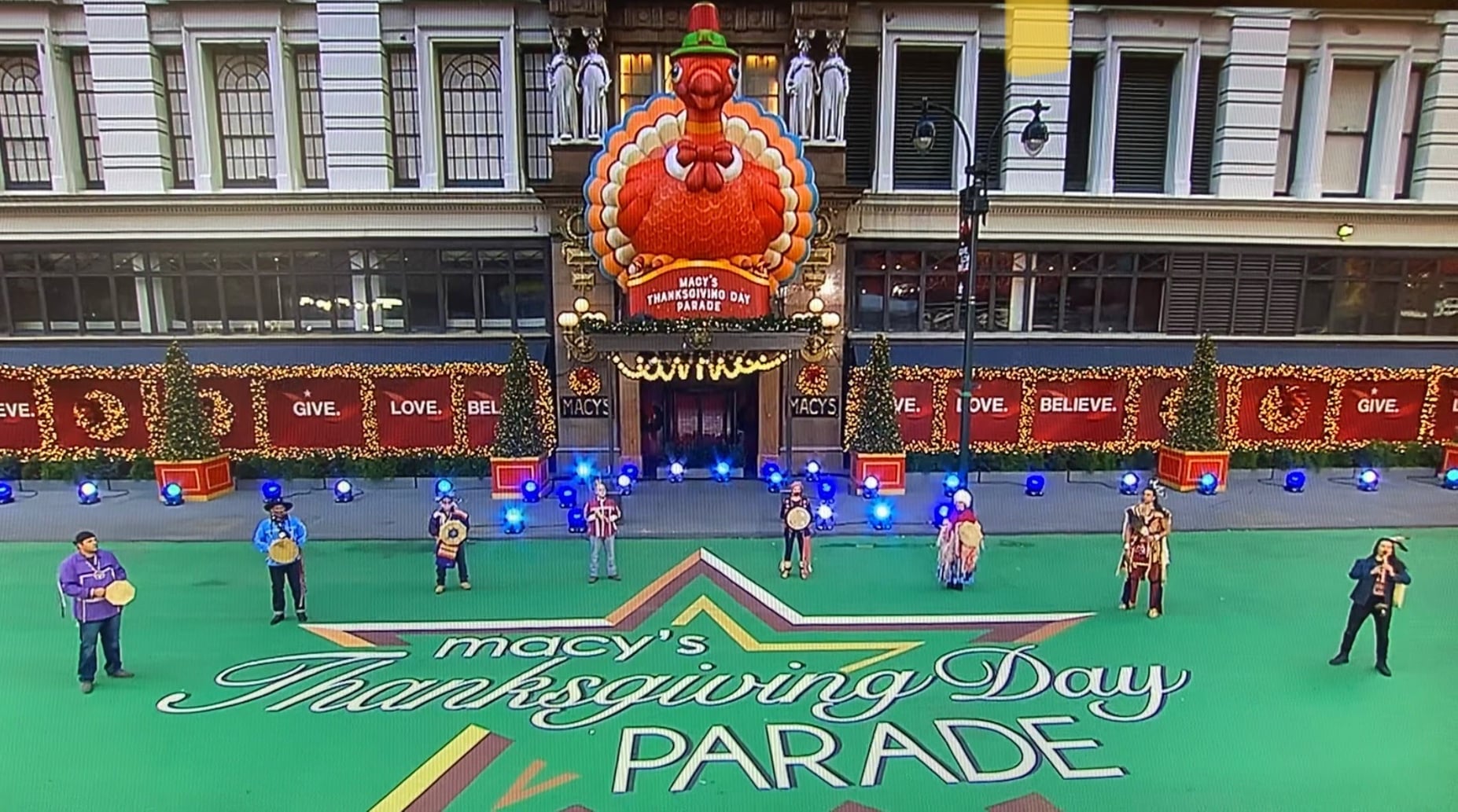 NEW YORK — It took until the 94th year, but it happened. On Thursday morning, the first ever land acknowledgement took place at the 94th Annual Macy’s Thanksgiving Parade that was broadcast by NBC globally.

The Wampanoag blessing, which was written and shared by Siobhan Brown of the Wampanoag Language Reclamation Project, (WLRP.org) aired exclusively in the Wampanoag language, but translates in English to the following: “Creator and Ancestors, we honor you for all things. We honor the Lenape people of Manahatta. We honor all our relations because, long ago, we were here. Now we are here and we will always be here. And so it is.”

Indigenous Direction co-founders Larissa FastHorse (Sicangu Lakota) and Ty Defoe (Oneida and Ojibwe) are committed to cultural protocols and ways of looking at the world that have existed on this continent for centuries. Rounding out the team, Associate Consultant for Indigenous Direction and Project Manager: Jamelyn Ebelacker (Santa Clara Pueblo), Community Liaisons, Siobhan Brown (Wampanoag), and Ryan Opalanietet Pierce (Lenape).