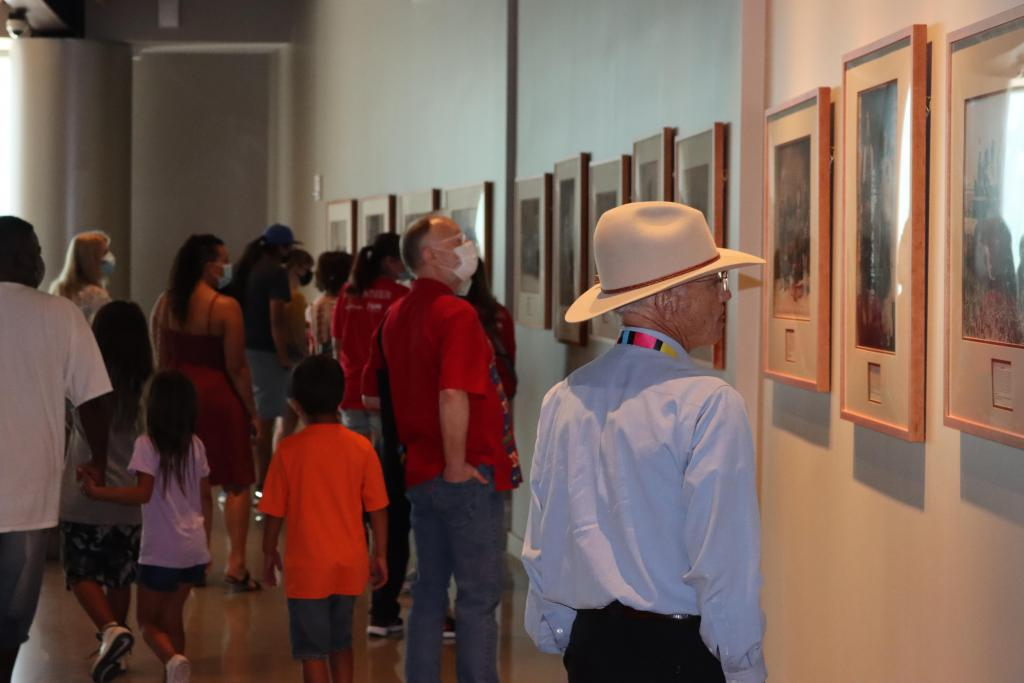 Oklahoma City— First Americans Museum opened its doors to the public today with a ceremony that included remarks from museum, city, and tribal leaders as well as a procession of delegates representing all 39 Tribal Nations in the state of Oklahoma.

“This is a dream come true, not only for me, but for thousands of people,” First Americans Museum Executive Director James Pepper Henry told Native News Online. “I’m very honored to have been a part of this project, to bring it to this opening day.”

Henry is also the vice-chairman of the Kaw Nation and the former director and Chief Executive Officer of the Heard Museum in Phoenix, Ariz.

The opening is the culmination of some three decades of work, political squabbling and stops and starts along the way. The concept was first pitched in 1994 and a groundbreaking ceremony occurred in 2005, but funding dried out in 2012, leaving the museum nearly forgotten about until additional funding was secured by the state, private funders and the City of Oklahoma City and construction resumed in 2019. 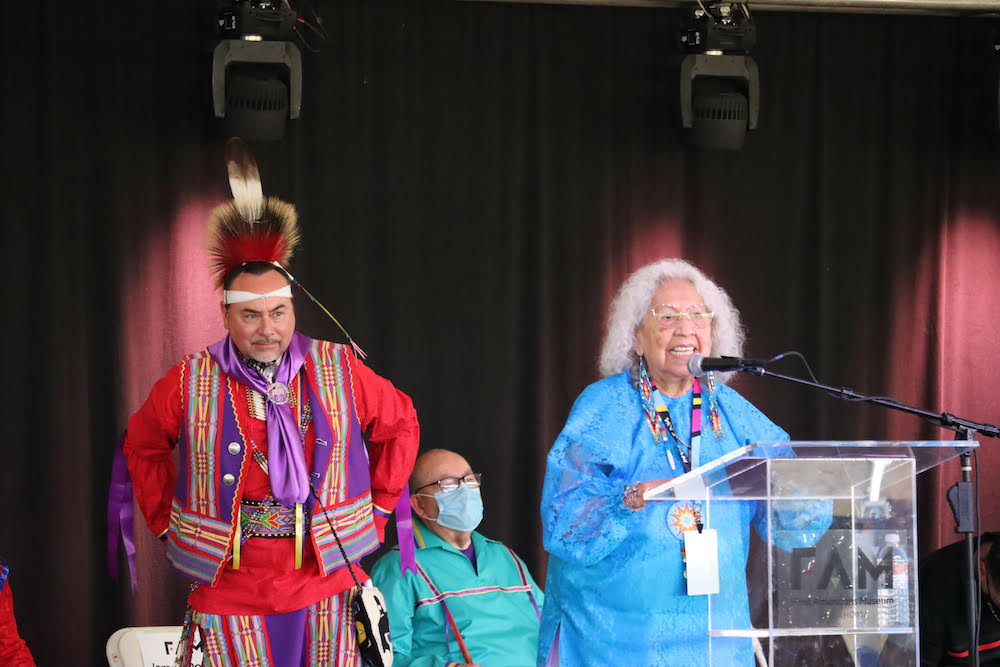 Dr. Henrietta Mann, Cheyenne and FAM Knowledge Giver, gives opening remarks at the grand opening of the First Americans Museum in Oklahoma City on September 18, 2021. (Photo/Darren Thompson for Native News Online)The museum features comprehensive exhibits that honor the Tribes in a state that was once considered Indian Territory by the United States government.

“The Tribal Nations honored in the First Americans Museum come from all parts of the United States,” said Governor of the Chickasaw Nation Bill Anoatubby during the grand opening ceremony. “Our stories, of our people, are embedded in the fabric of this continent and our state. This world-class museum showcases to the world tribal history, culture and progress respectfully.”

The 147,000-square foot museum cost $147 million to complete and was created to honor the history and culture of American Indians in Oklahoma. Many tribes in the state are descendants of tribes forced to move from the east in the early 1800s, including the Five Civilized Tribes: the Cherokee, Choctaw, Chickasaw, Creek, and Seminole. In July 2020, the U.S. Supreme Court ruled that more than 3 million acres, about half of Oklahoma, is Indian reservation land, including Tulsa, the second-largest city in the state.

“This is a momentous occasion,” added Anoatubby.

FAM’s vision is to serve as a dynamic center for First American cultures. The museum features several exhibits, two theaters, and a restaurant that featured ingredients obtained through partnerships with all 39 tribes in the state. FAM CEO Pepper Henry calls the restaurant a “from rez to table” concept and its name—39 Restaurant—reflects that.

“The First Americans Museum is awe-inspiring, impactful, authentic, accessible, inspirational, and it is ours,” said Mayor of Oklahoma City David Holt, Osage, during the opening ceremony. 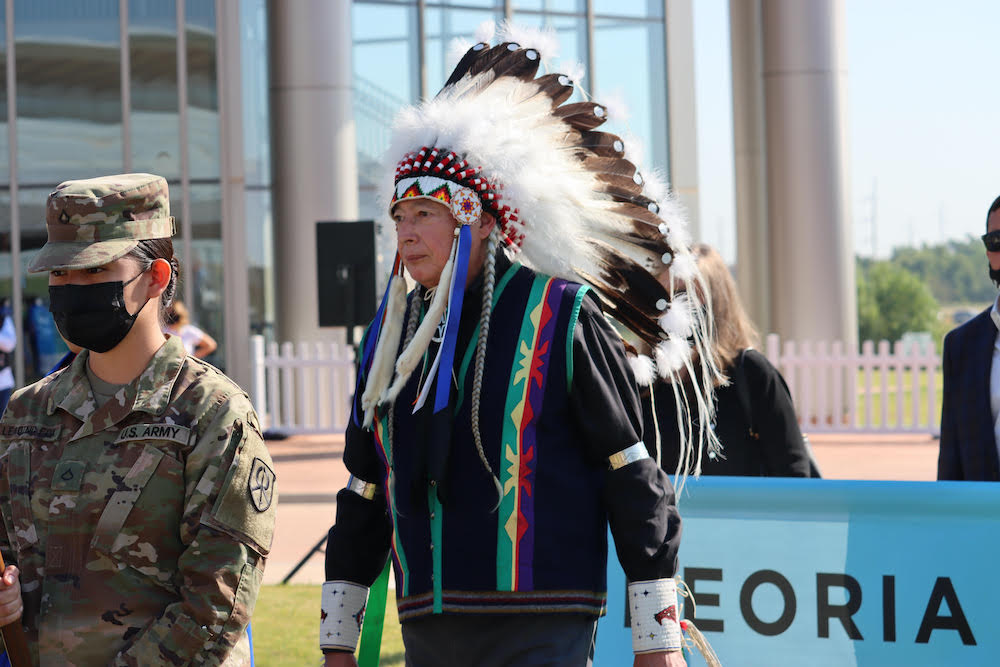 Walter Echohawk, Pawnee attorney, participates in the grand opening of the First Americans Museum in Oklahoma City on Saturday. (Photo/Darren Thompson for Native News Online)The grand opening celebration continues through the weekend and includes curated performances by musicians, poets, drum groups, dancers and storytellers from various tribes in the state. Throughout the campus there are food vendors, games, and other activities for attendees coming from far beyond the exterior borders of Oklahoma.

U.S. Poet Laureate Joy Harjo was scheduled to participate in the opening ceremony, but cancelled last night due to concerns about the Covid-19 outbreak.

Visitors can view the exhibits, shop in the FAM gift store, try Indigenous foods, and see Indigenous fashion shows from various designers throughout the state throughout the weekend with doors opening each day at 8:00 a.m. For more information please visit famok.org.