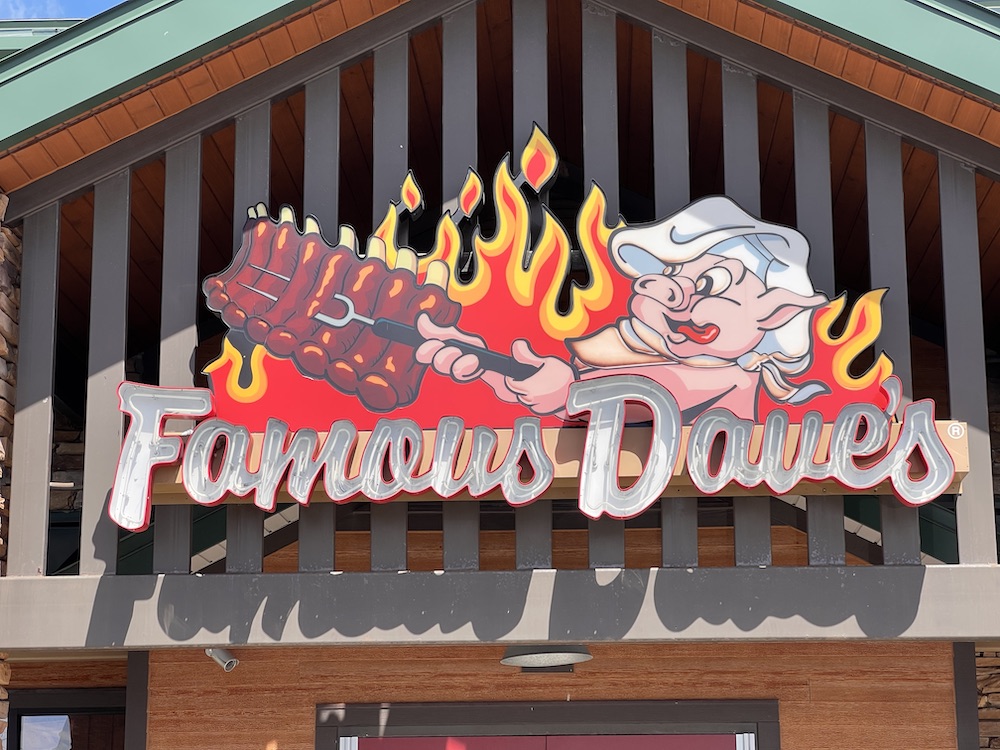 Hayward, a town of 2,000, is the closest town to the Lac Courte Oreilles Indian Reservation in northern Wisconsin. By the end of its first summer of operations, Famous Dave’s was serving more than 6,000 people per week, according to Anderson. The restaurant grew into the largest barbecue chain restaurant in the country with more than 300 locations, in 37 states in the U.S., Canada and the United Arab Emirates.

“When Famous Dave’s was started, all I wanted to do was make the best ribs in the world and make people happy in the process,” Anderson told Native News Online. “The jobs it has created, (and) the lives it has touched throughout the years have been unbelievable.”

Talking about his early days, Anderson recalled the inspiration that helped him launch his company.

“It all started from my mother’s frybread shack,” Anderson said of his dream’s beginnings. “There were many barriers and challenges in the beginning and along the way, but I never gave up on my dream to make people happy with my love for barbecue.”

Anderson often credits his love for barbecue from his father, a citizen of the Choctaw Nation of Oklahoma. Anderson left Famous Dave’s in 2002 when President George W. Bush appointed him assistant secretary at the Department of the Interior's Indian Affairs office.

Anderson will remain a consultant for the restaurant when MTY Food Group takes ownership, which is expected to be in the fourth quarter of 2022. BBQ Holdings employees in Minnetonka, including its CEO, will also remain within the company.

Anderson’s award-winning recipes for his St. Louis-style spareribs and Texas beef brisket will remain unchanged, too.

In the last several years, Dave launched another barbecue restaurant named after his father: Jimmie's Old Southern BBQ Smokehouse. The original Old Southern BBQ was opened in Hayward, but now the restaurant has locations in Minneapolis, Shakopee and Rice Lake, Wisconsin.

Anderson is currently launching a new concept he calls Tamarack Farms, which features homemade Chicago Tavern-style pizza and, of course, barbecue, at his home in Hayward. He’s partnering with Stephen Schusler, the founder of the Rainforest Cafe, to open a pizzeria in St. Louis Park, Minn. soon. Anderson’s next focus is to make the best pizza in America.