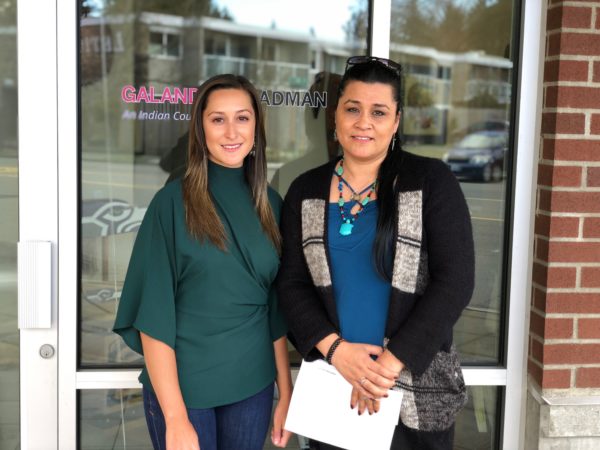 The article chronicles how a few tribal politicians and their surrogates persecuted Carmen Tageant, an Indigenous woman who belongs to the Nooksack Tribe and served on its Tribal Council, because she denounced their efforts to exile over 300 other Nooksack Indians from the Tribe. They burglarized Carmen’s home in rural Whatcom County and stole photos of her in lingerie, which she had taken as a Valentine’s Day gift for her boyfriend sixteen years prior.

That was only the beginning.

In January of 2016, a Nooksack Tribal employee, LeAndra Smith, posted a photo of Carmen posing with her legs in the air on a fake Facebook profile. That page bore the name and photo of Keith Williams, a witness involved in the Casey Anthony murder trial in 2008. Using federally funded computer equipment, a cell phone, and the Nooksack Tribe’s data network, LeAndra—masquerading as “Keith”—proceeded to write, post, share, and like hateful statements on that Facebook page about Carmen, like: “Spreading lies and legs,” “Kick that slutbox to the curb,” and “C.U.N.T.” Carmen soon received messages from predators on Facebook, hounding her for sex and inviting her to meet up at nearby hotels. She feared for her safety, and for that of her seven children, and eventually suffered a debilitating mini-stroke as a result. She was removed from public office. Despite her master’s degree, Carmen could not find other employment because of her damaged reputation and her medical condition. She was forced to file for bankruptcy. 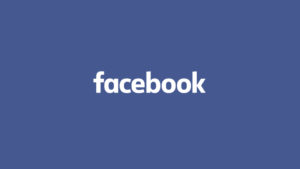 In early February of 2016, Carmen reported to Facebook: “Keith Williams is a fake profile…He is posting stolen photos of me and slandering me[, c]yber bullying me and my reputation. Please help. I’m going to law enforcement.” Facebook messaged Carmen a reply ten days later: “We received your report and appreciate your patience and we work to fix technical problems on Facebook. Though we can’t update everyone who submits a report, we’re using your feedback to improve the Facebook experience for everyone.” Carmen’s situation was not a technical problem. Nor was it a matter of improving everyone’s Facebook experience. She sought protection, without any success. Facebook never got back to Carmen. Nor did Facebook ever take down the Keith Williams page.This article explains what happened, and did not happen, for Carmen legally. It explains how available legal processes do not protect victims from cyber bullying or sexual harassment on Facebook, or deter the physical stalking or violence that stems from online attacks.

“Keith Williams” remained online for the next two years, during which time Carmen was subject to a constant barrage of hatred.

Carmen also reported to Nooksack Tribal police “about a private picture of her in lingerie being shared on the social media website FaceBook.” She also filed a report with the Whatcom County Sheriff, explaining that after the lingerie photo was posted, she “was always looking over [her] shoulder . . . and watched the facebook slander continue to demolish my reputation.” Nothing came of either report to local law enforcement.

Nobody has yet been charged for the crimes against Carmen.

In January of 2018, we filed suit against “John Doe” in Whatcom County Superior Court, claiming common-law state torts and violation of RCW § 4.24.795, Washingon State’s new “revenge porn” law. Alleging that “nothing meaningful has been done…to investigate the harassment she has endured…or to ascertain Defendant John Doe’s true identity,” Carmen sought “answers, and justice, through this civil proceeding.” We moved the Superior Court for a subpoena duces tecum to Facebook, seeking the user information associated with the page needed to identity Carmen’s tormentor. We briefed and overcame Defendant John Doe’s First Amendment privacy rights, demonstrating to the Court, even on an ex parte basis, that a narrow request for the identifying information minimized any prejudice to the defendant—whoever that was.

We were surprised to learn that arguably even a John Doe-harasser has a free speech right to remain anonymous. 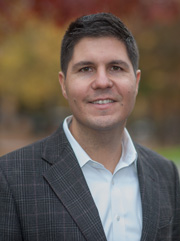 We domesticated the subpoena in the San Mateo County Superior Court and served it upon Facebook in Menlo Park, California, which resulted in a letter from Facebook’s outside counsel that objected to the extent we sought “the content of a user’s electronic communications” and cited to the federal Stored Communications Act. 18 U.S.C. § 2702(a)(1), (2); (b)(1)-(8). In other words, we could not obtain any messages that the individual masquerading as Keith Williams sent or received through Facebook—such as messages that may reveal who burglarized Carmen’s home.

Facebook agreed, however, to produce “reasonably accessible basic identifying information (which may include name, email address, date of account creation, and information such as recent [Internet Protocol (IP)] logs for when a user account has logged in and out of Facebook),” but “recent” only meant the few most recent months of user data—and not that for the early 2016 lingerie post—because Facebook routinely deletes that data. Facebook also said it would give “notice to the affected user and allow[ing] the user 21 days to file an objection with the court.” We presume Facebook gave LeAndra notice and she ignored it—for fear of outing herself—but Carmen was not privy to that line of communication.

After two months of subpoena process, Carmen finally obtained the Facebook user information associated with the Keith Williams page. But it was not yet enough to identify her harasser.

What the Facebook user information did reveal was that Verizon Wireless and Comcast owned the IP addresses that show user access to the Keith Williams page. With that information, we headed back to Whatcom County for records subpoenas to Verizon and Comcast. We again briefed John Doe’s free speech privacy rights, this time along with the federal Cable Privacy Act, which prohibits a cable operator from disclosing “personally identifiable information concerning any subscriber without the prior or electronic consent of the subscriber,” unless disclosure is made per court order and upon notice to the subscriber. 47 U.S.C. § 551(c)(1). The Superior Court issued two more subpoenas. We then headed to New Jersey to domesticate and serve them on Verizon and Comcast.

Comcast notified the Nooksack Indian Tribe of its subpoena, which caused the Tribe to seek a protective order in Whatcom County—and implicate itself. The Tribe claimed that its sovereign immunity shielded Comcast from the subpoena. The Whatcom County Superior Court disagreed and refused to issue a protective order, and both companies produced the subscriber information connected to the Keith Williams page.

We were stunned when that information pointed to the Nooksack Tribe’s server, a personal computer and tablet used at the Tribe, and LeAndra Smith’s cellular number and iPhone.

It took two and a half years for Carmen to identity the person who used Facebook to cause her a stroke, bankrupt her, and otherwise ruin her life.

With the technological proof in hand, our office engaged a former FBI agent to do law enforcement’s work. He issued a detailed report that showed exactly how “Tageant was the target of cyber harassment” through the use of “federally funded information technology that traces to at least one person, one cellular phone, and [IP] addresses connected to the Nooksack Indian Tribe…” We transmitted the agent’s report to the U.S. Department of Justice. Only after a U.S. Congressperson sought answers from the Justice Department was a response issued: word from the Office of Attorney General Bill Barr that “no federal criminal charges can be brought at this time.”

We did settle Carmen’s civil case soon later after we identified LeAndra, who still works for the Nooksack Tribe. But imagine if Carmen—like the vast majority of Indigenous women—did not have legal counsel. She would have never been able to identify her Facebook harasser, or do anything to cause the cyber abuse to stop.

Imagine if Carmen’s life was being imminently threatened, while we patiently negotiated federal and state privacy law and records subpoena process in three states. She would have been left helpless, without police protection—left to constantly look over her shoulder.

Our laws and legal processes, as they relate to Facebook and its Big Tech brethren, are inadequate and unethical. They are morally wrong. They aid and abet, rather than expose and disarm, cyber abusers. That is especially true in Indian Country, where the number of missing and murdered Indigenous women has reached an epidemic level. Unless we overhaul our legal system, there will be more victims like Carmen.

We can be sure that Facebook will fight any legal reforms, under the guise of free speech and privacy. In the meantime, lawyers and lawmakers who refuse to protect Indigenous women put them at risk. It is not a risk Indigenous families can bear.

Gabriel S. Galanda is the Managing Lawyer at Galanda Broadman, PLLC, an Indigenous rights law firm. Gabe belongs to the Round Valley Indian Tribes, descending from the Nomlaki and Concow Peoples. He credits Elisabeth Guard and Bree Black Horse and for Carmen’s civil legal success.