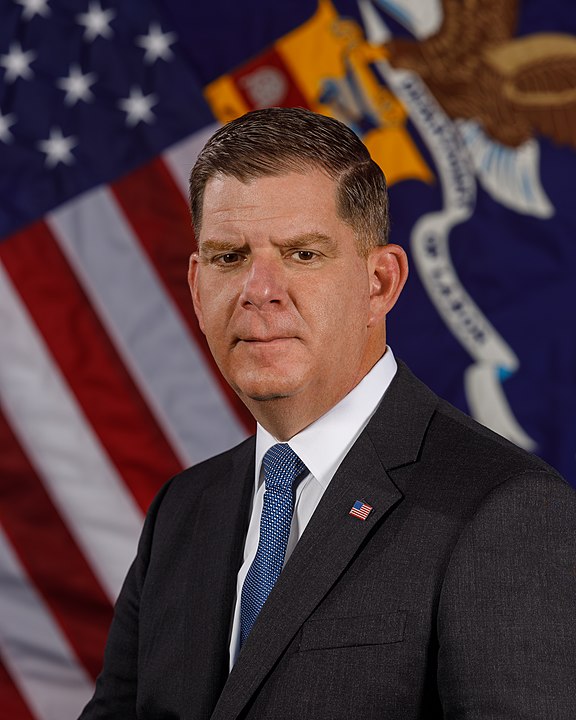 For the first time ever, the U.S. Department of Labor included American Indians and Alaska Natives in its monthly jobs report that is released on the first Friday of each month. U.S. Dept. of Labor Secretary Marty Walsh spoke with Native News Online in an interview Friday morning, about the inclusion of American Indians and Alaska Natives in the monthly jobs report. Walsh noted the inclusion is the result of campaign promises made by President Joe Biden during the 2020 presidential campaign.

Today’s jobs reports showed American Indians and Alaska Natives with an unemployment rate of 11 percent, which is almost three times higher than the overall U.S. unemployment rate of 4.0 percent that ticked up one-tenth of last month’s 3.9 percent. The January jobs report numbers was the first measure of the impact of the Omicron variant on the workforce.

Our conversation with Secretary Walsh is transcribed below.

Native News Online: Mr. Secretary, thank you for today’s call. My understanding is this is the first time ever American Indian/Alaska Native numbers are in the jobs report.

Secretary Walsh: It is. And I was happy to see that today, because I think it's really important for us that we're able to measure the American Indian population as well. We measure lots of different areas. When I get the update, I get the white workforce numbers, Black worker numbers, the Latino, and even a breakdown in terms of ages. And now, the American Indian. Now, women, men, Black women, white men, so we get a lot of data. I think it's really important for us to capture the data and make it public—All the data, for all the communities in our country.

Native News Online: Please tell us about the genesis of why it’s happening now—why are American Indians/Alaska Natives included now?

Secretary Walsh: President Biden’s administration is really focused on making sure American Indians/Alaska Natives are included. He made the commitment in the campaign to include Native Americans in all of the federal government’s approaches. And, certainly we have here in the Department of Labor. It should have happened earlier, but President Biden made it happen.

The President made it very clear from his first days in office that working with Indian Country, consulting with tribal leaders in fulfilling the government's solemn trust and treaty responsibilities with tribal nations, is top priority for the administration.

I think it's important, and I think that to answer your question earlier, it's just been too long that many communities, tribal communities, expect to face extreme challenges. These challenges aren't just about data, but infrastructure deterioration, lack of access to clean water, lack of access to housing, broadband, sewage systems, education.You know, this really is a completely different approach that the administration is taking.

Native News Online: With this new shift today, let me ask if Native Americans will continue to be included in the monthly jobs report?

Secretary Walsh: Yes, every month, the first Friday of every month. This is important because the numbers also allow us the opportunity to dive into the problem. When I say the problem, the high unemployment number. When I think about unemployment in the country right now, 4 percent across the country, 6.9 percent in the Black community. And then in the American Indian community, Alaskan Native community, it's 11.1 percent.

So obviously, my goal as a Secretary of Labor, and the President's goal is to bring those numbers down. And when you bring those numbers down to show success, and by success meaning people are doing good. We're going to continue to focus on that and continue to work on fixing that number. Having this number is going to be really important, not just for you to report, but for us to have a benchmark for all we have to do.