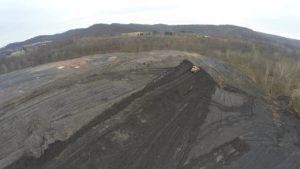 WASHINGTON, D.C. — U.S. Secretary of the Interior David Bernhardt announced the availability of $170.9 million in Abandoned Mine Land (AML) Reclamation grants for fiscal 2020. The grants, available through the Office of Surface Mining Reclamation and Enforcement, are for states and tribes to reclaim and repurpose abandoned coal lands.

“AML grants provide states, tribes and local partners with important resources to reclaim lands and waters impacted by abandoned mines, restoring the promise of the outdoors for hardworking Americans in coal country,” Secretary Bernhardt said in a statement.

OSMRE provides AML grants to 25 coal-producing states and three tribes based on a congressionally mandated formula that evaluates past and current coal production by these entities. Eligible states and tribes apply for annual reclamation grants to access money in their allocations. OSMRE evaluates and verifies the requests before making the award amounts available.

The AML Grants are funded in part by a fee collected on all coal produced in the United States. Under the AML Reclamation Program, OSMRE has distributed billions in grants to states and tribes. The funds have directly contributed to the closure of over 45,000 abandoned underground mine shafts and openings, the elimination of over 960 miles of dangerous highwalls and the restoration of over 850,000 acres of clogged streams and land, according to a  DOI news release.