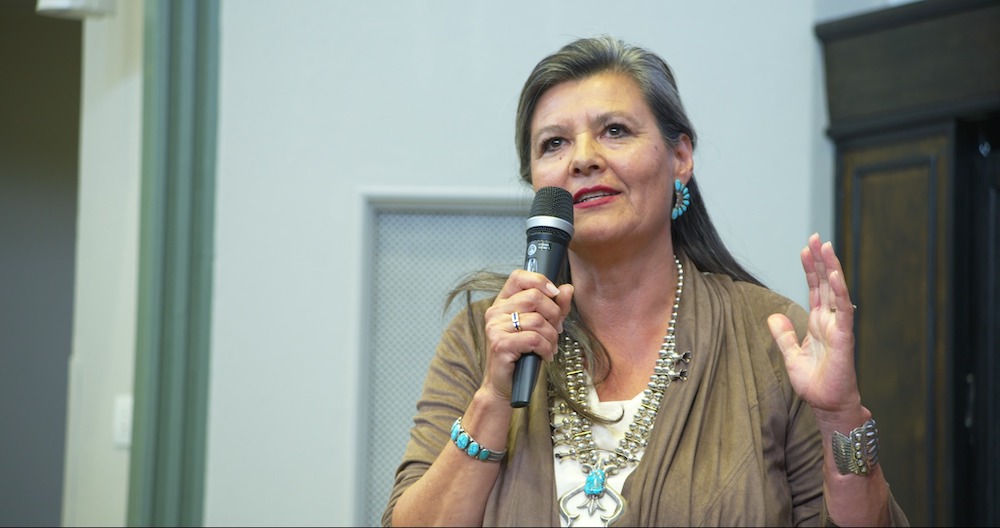 Pearl Daniel-Means, a renowned Diné filmmaker, activist and writer, passed away on Saturday, May 28, according to her business partner Shannon Kring. Daniel-Means was 62. The cause of her death has not been disclosed by her family.

Born into the Ashiihi (Salt) Clan of the Navajo Nation, Daniel-Means was given a Lakota name Iyoyanbya Izanzan Win, which translates to “Bright Light.”

“Pearl more than lived up to her Lakota name and she was a bright light in my life and in this world,” Kring told Native News Online. “Even those who did not have the honor of knowing her personally were touched by her tireless work to bring to light the struggles and triumphs of Indigenous peoples.”

Daniel-Means spoke around the world on matters concerning Indigenous issues, human rights, and environmentalism. She was married to American Indian activist, author, artist, and actor Russell Means until his death in 2012, and was his business manager and collaborator on many projects.

Daniel-Means is the co-producer of the film “End of the Line: The Women of Standing Rock,” which streams on Peacock beginning June 2. Directed by Kring, the film documents the women who risked their lives to fight the Dakota Access Pipeline in late 2016 through early 2017 on the Standing Rock Indian Reservation in North Dakota.

On Tuesday evening, the film's Facebook page posted news of Daniel-Means' passing:  "It is with deepest sorrow that we announce that our beloved sister and co-producer Pearl Means has transcended. Born into the Ashiihi (Salt) Clan of the Navajo Nation, Pearl was a film producer, activist, author, daughter, sister, mother, and grandmother who spoke around the world—from New Zealand to South Africa, and from Ecuador to Finland—on matters concerning Indigenous issues, human rights, and environmentalism. Her Lakota name, Iyoyanbya Izanzan Win, translates loosely to 'Bright Light.' Her name could not be more fitting. Rest in power, sister. We love you."

In the last few years, Daniel-Means served on the board of directors for several organizations that serve Indigenous people, including the Lakota People’s Law Project, which made an announcement on social media sharing the passing of Means. “She was one of our most incredible supporters and board members,” the Lakota People’s Law Project wrote in a statement on Tuesday. “We will share more about her impact and life in the near future.”