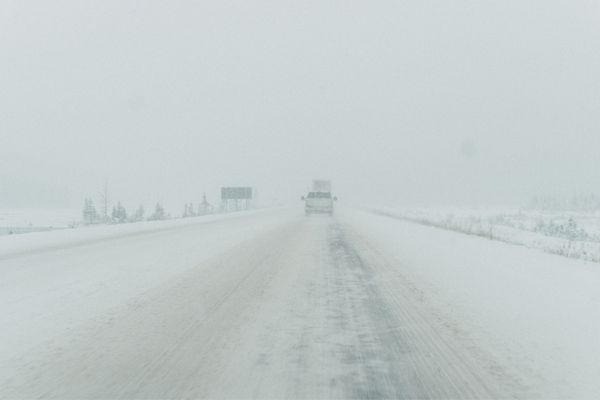 PINE RIDGE, SD— A holiday storm brought historic winter storm conditions to much of Canada and the United States, including the northern Plains and the Upper Midwest, causing vehicle pileups, road closures, thousands of families to lose electricity, and some fatalities.

“On Dec. 15, 2022, my grandson, Honor Beauvais, 12 years old, died because emergency personnel couldn’t reach him in time during the bomb cyclone blizzard in South Dakota,” Rose Cordier-Beauvais, grandmother of Honor Beauvais, wrote on the family’s GoFundMe page. “Honor was taken to the Indian Health Service (IHS), a government hospital, three miles away, where he passed away due to his illness.”

The day before he passed, Honor was taken to the emergency room, where he was diagnosed with influenza A and then sent home, but his condition only worsened, according to the family. The winter storm with high winds caused roads to be impassable for emergency responders.

Rosebud Sioux Tribal officials told the South Dakota Searchlight that as of Thursday, Dec. 28, at least six people have died due to two winter storms in December. An elderly man found frozen to death in his home and a man who froze to death in a ditch were among the six reported to have died as a result of complications to recent winter storms.

On Thursday, Dec. 22, South Dakota Governor Kristi Noem arranged a delivery of firewood from the Black Hills Forest Service to the Rosebud Sioux Tribe by the National Guard, as many were trapped in their homes without electricity.

On Friday, Dec.23, the Oglala Sioux Tribe (OST) issued a public service announcement to residents living on the Pine Ridge Indian Reservation: “Your government continues to work hard towards ensuring our people are safe, and you are receiving the services you need during this severe weather emergency. Priority action items include, but are not limited to, snow removal so people can leave their homes and we can access their homes; working to ensure propane, food, and medical supplies/treatment are provided; medical transport; helping to ensure food and other supplies are stocked in the Reservation stores.”

On Saturday, Dec. 24, Gov. Noem expanded the National Guard’s mission to assist both the Oglala Sioux and Rosebud Sioux Tribes with firewood and snow removal.

There have been various reports that some families on the Pine Ridge Indian Reservation have had to resort to burning clothing to stay warm as weather conditions continue to cause dangerous traveling conditions on and near the reservation. Other reports have indicated that some families are without food as well as needed medication, and Tribes are working around the clock to ensure those living on the reservation are safe.

Tribes in South Dakota are rural, with limited medical and emergency resources and dealing with severe weather conditions such as a blizzard, or a summer wildfire often quickly expends resources.

OST’s new president, Frank Star Comes Out, issued a proclamation that declared the most recent winter storm a state of emergency. Official correspondence has been sent to President Biden to declare a disaster by way of the Federal Emergency Management Administration (FEMA) for the Pine Ridge Indian Reservation, but there has been no indication of a response.

There have been many efforts by the public to assist Tribes in recovering from the most recent winter storms. For those wishing to donate, there is a list of organizations organized to provide services and assistance to the Pine Ridge and Rosebud Indian Reservations in South Dakota here: