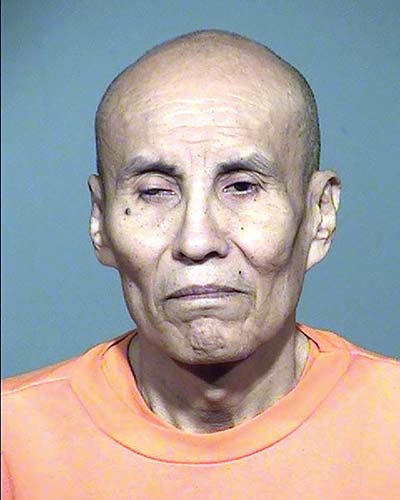 Dixon presented his case Thursday to the Arizona Board of Executive Clemency, asking the board and Arizona Gov. Doug Ducey, said Amanda Bass, who is representing him.

[NOTE: This article was originally published by the Navajo Times. Used with permission. All rights reserved.]

Dixon is scheduled to be executed on May 11.

“Dixon is not entitled to mercy from the state of Arizona,” Bass said of the rejection.

Dixon was convicted and sentenced to death for a 1978 sexual assault and murder of an Arizona State University student. His attorneys argue that he has a severe mental illness and is incompetent to be executed.

On Tuesday, Bass said they would file with the Pinal County Superior Court in Florence, Arizona.

“We will present additional evidence of his severe mental illness and incompetency to be executed at his competency hearing in the Pinal County Superior Court,” Bass said.

Bass did not say what time Dixon’s competency hearing would be.

“The death penalty removes the possibility of restoring harmony whereas a life sentence holds the opportunity to reestablish harmony and find balance in our world,” McPaul wrote to Brnovich.

Attorneys for Dixon say in addition to his severe mental illness, he is legally blind.

Lenny Foster, the former director of the Navajo Corrections Project, said he became acquainted with Dixon in 1988 at Dixon State Prison in Goodyear, Arizona.

Foster said Dixon has been facing the death penalty for 18-19 years and said, “It has to be a very hard psychological struggle for him.”

Donate
Free Newsletter
About The Author
Author: Donovan QuinteroEmail: This email address is being protected from spambots. You need JavaScript enabled to view it.
Breaking News