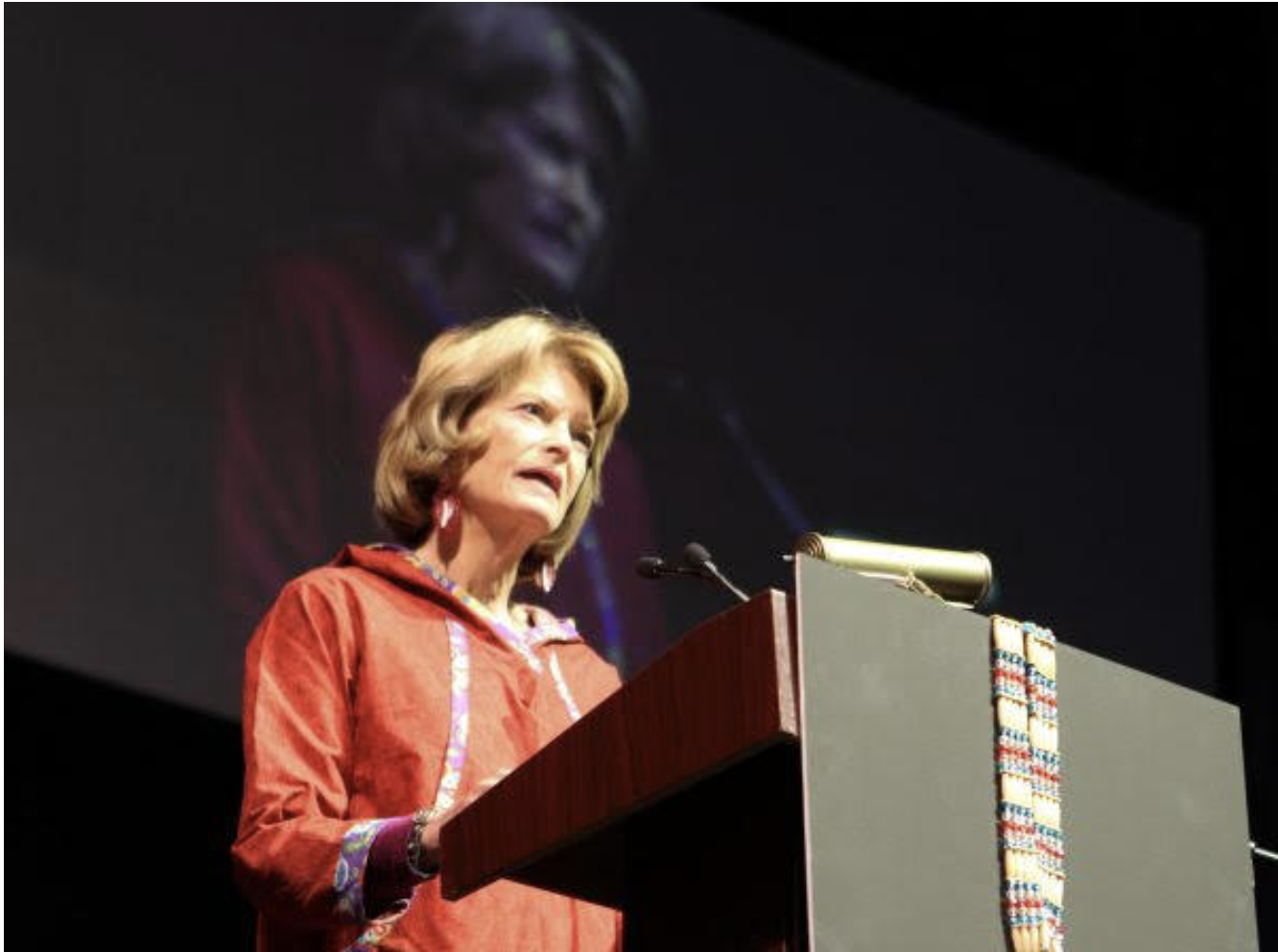 This story was originally published by KNBA on December 14, 2021. Read the original story at KNBA. Republished by Native News Online with permission.

Day One of the annual AFN convention featured all three of Alaska’s sitting lawmakers.

Alaska Republican Congressman Don Young spoke to the strengths of AFN and the landmark legislation known as the Alaska Native Claims Settlement Act.

"We have to continue the work when we can. I know we can do it– you can do it. You’re extremely well done. With the future of the Alaska Native Land Claims Act – ANCSA will continue."

“We are finding some success in other areas as well. The Department of Interior has now finalized the first new land allotment for Vietnam era veterans. This is the first time in decades we look forward. We know there has to be more. We're working to expand the lands where those allotments can be made.”

"The narrative educating people, it is a constant, constant. I think, mission that we all need to do. I'm certainly trying to do it here, but even at home, the huge impact that corporations have on our own economy, which, you know, for native people, but for non-native people, such a huge positive impact I think we can do. You know, it's important to make Alaskans aware. And then back here in D.C., it is a never ending challenge to continue to make the case."

"There's an item of unfinished business that is not on the agenda. That we share, we the Alaska Supreme Court share with you. And that is making sure that the justice system reflects the people that we serve. We need lawyers, and we need judges from all different backgrounds. But we don’t have a district court judge or a superior court judge, or any appeals court judges that are Native. And we need to."

Democratic Bethel Representative Tiffany Zulkosky is the chair of the House Tribal Affairs special committee. She’s also been an advocate for legislation to amend the state constitution to officially recognize those Tribes that are federally recognized.

"What's good for Alaskan tribes is good for Alaska. Tribes have already been recognized by the federal government and Alaska's executive and Judicial branches. But we have not yet formally and statutory acknowledged tribes in state law. The time has come to open the door for healing and reconciliation in this important relationship. Recognizing our First People for the first time in statute."

During AFN this year, speakers on an American Cancer Society panel all had a unified call to action to get screened for cancer.

The panel was prompted by a report released this year by the Alaska Native Tribal Health Consortium, which found that 1 in 5 Alaska Native people die from cancer.

Jaeleen Kookesh is a member of the American Cancer Society Alaska advisory board. Her dad was former Senator and Alaska Native leader Albert Kookesh, who died from cancer earlier this summer.

“I joined this less than a year ago because my dad was in the middle of battling cancer. And I had two other uncles and other family members who succumbed to cancer. Little did I know that my dad would pass within my first year of serving in this capacity.”

She says that her dad’s cancer was curable if caught early on and that losing him made her even more dedicated to cancer education and prevention.

Eric Fox lost his mom to cancer. She was diagnosed with colorectal cancer in 2015. He remembered taking his mom to get treated for cancer and seeing a lot of elders there, just like his mom.

“I remember walking into the the chemo, chemo room and just seeing tons of our elders hooked up to these, these machines. And they're literally having poison put into their bodies to combat this thing. And there's this rows and rows of them. And I'm just at that time thinking, what's going on?”

Fox says that people need to ask their families and their Elders about being screened because it could save their lives, even if it’s an awkward conversation.

The CARES Act sparked a lawsuit that went all the way to the Supreme Court, before the justices ruled in favor of Alaska Native corporations.

Nichole Borromeo is the executive director and general counsel of the Alaska Federation of Natives organization.

"Instead of sitting down and talking about it as a native community and offering Treasury, some suggestions on how we thought a fair and equitable disbursement of these funds would benefit the entire native community across the country."

Many Alaska Native corporations did not receive their CARES Act funding until August, and some have not received it all. They’re racing to spend the money before an end-of-the-year deadline.

Ana Hoffman ran unopposed for re-election of the AFN co-chair.

Day Two will include discussions about the infrastructure bill as well as an address of Department of Interior Secretary Deb Haaland.

Special thanks to KNBA’s Tripp Crouse and Hannah Bissett (BIS-itt) – and KTOO’s Lyndsey Brollini for contributing to this report.

Donate
Free Newsletter
About The Author
Author: Alice Qannik Glenn - KNBAEmail: This email address is being protected from spambots. You need JavaScript enabled to view it.