COVID-19 May Have Cancelled Powwows, but Powwow Food is Making its Way to Tribal Communities 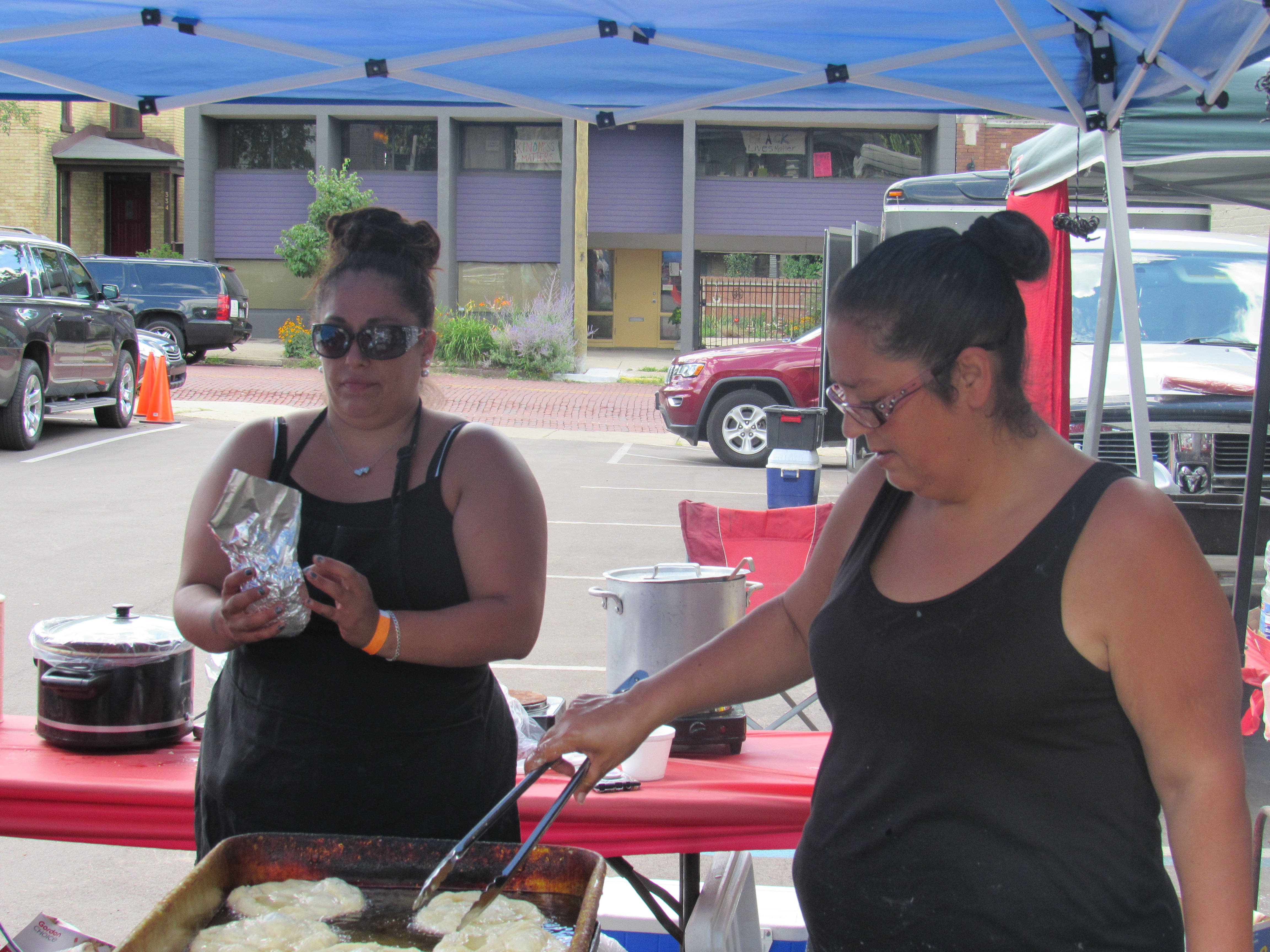 GRAND RAPIDS, Mich. — With the COVID-19 pandemic changing normalcy across the country, those seeking to attend powwows have had to settle for virtual dancing and drumming. While virtually watching powwow dancers dressed in their colorful regalia satisfies cultural exchange for some, a popular Michigan powwow food vendor realized there are those who have been missing American Indian food fare. 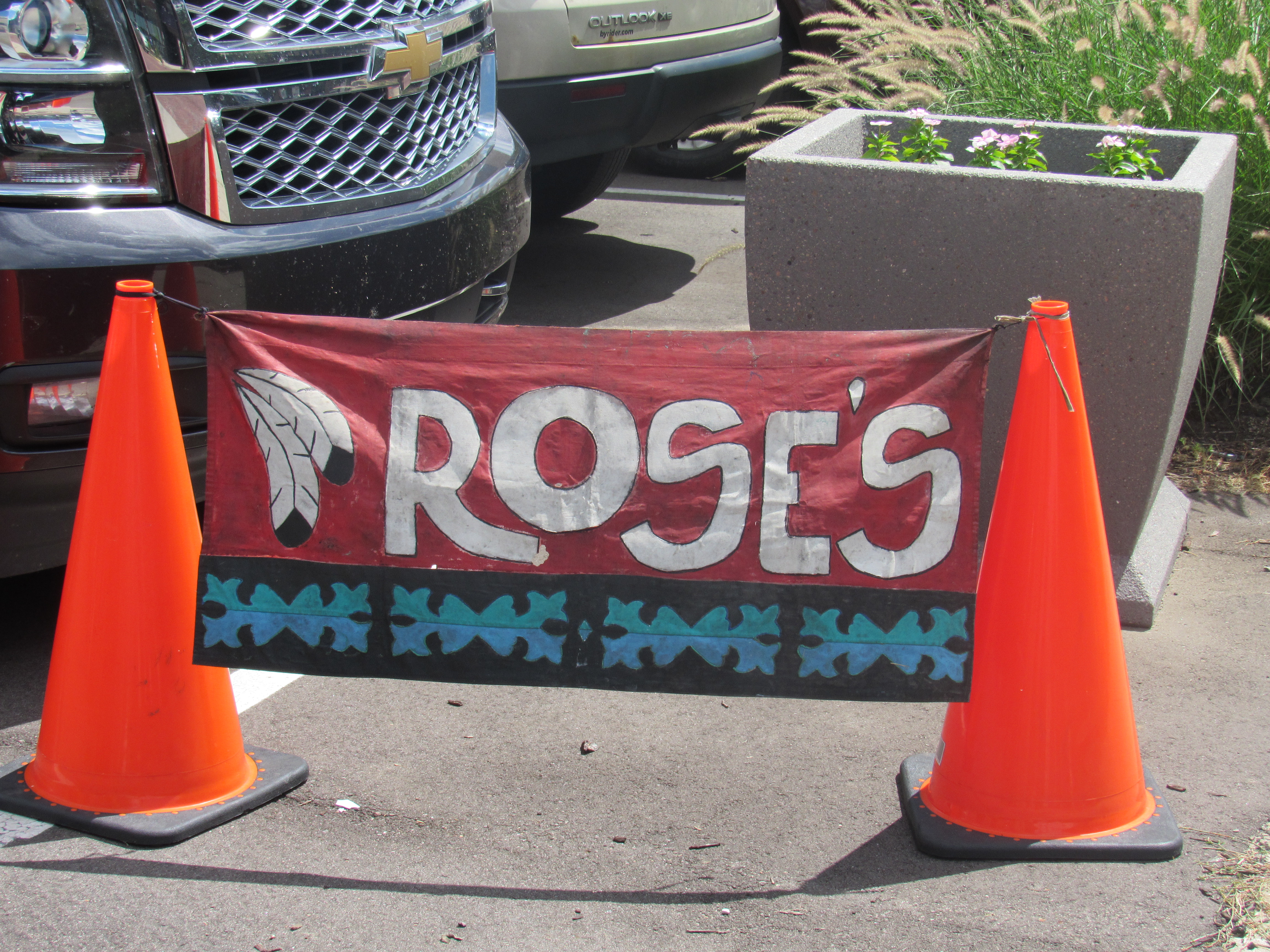 Rose’s has been a popular at Michigan powwows for decades. Photo by Levi Rickert.

Since Michigan powwows were cancelled due to COVID-19 this summer, Rose’s Food Stand, which normally sets up business at powwows throughout Michigan from May until October, has set up a food tent complete to sell frybread, Indian tacos and Indian burgers (a hamburger served on frybread) and wild rice soup.

Rose’s Food Stand, renowned to those who frequent Michigan powwows, has been operating since the late 1960s when powwows reemerged in the state. Started by Rose Shalifoe, the food stand is operated now by her family who use her recipes. Shalifoe passed away in 2005.

Last Friday, Rose’s brought its food to the parking lot of the Nottawaseppi Indian Health Clinic Center in Grand Rapids, Mich. Those who showed up in facial masks practiced safe distancing as they waited in line whetting their appetites from the aroma of frybread and taco meat.

“We know people miss coming to powwows to buy our food and some of us earn our money during the summer from our booth,” Alycia Atkinson (Sault Ste. Marie Chippewa), granddaughter of Rose Shalifoe, said.

By the looks of the steady stream of customers, many of them tribal citizens from surrounding tribes, the idea of bringing powwow food seems to be working. 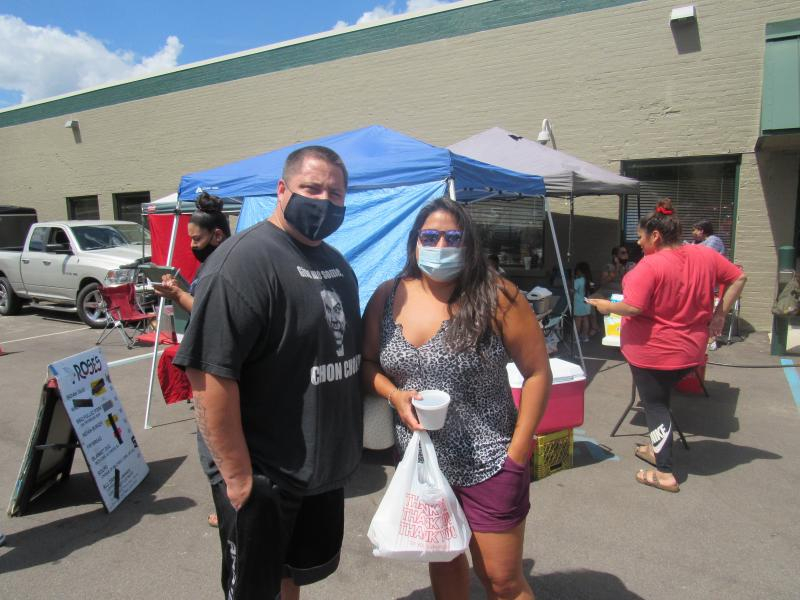 Cousins Jerry Chivis and Stephanie Stinger were happy to see each other as they purchased their lunches. Photo by Levi Rickert.

For Stephanie Stinger (Little River Band of Ottawa Indians) buying her lunch was a nice treat. While waiting in line she saw one of her cousins behind her. Stinger said she heard about Rose's being there from family and a Facebook posting.

“I love their food and I like to support powwow vendors,” Stinger said.

“Any opportunity to buy the soup, I make my way out to get some,” Chivis said.

In addition to the health clinic, Rose’s has visited the Pokagon Potawatomi in Dowagiac, Mich. and the Pine Creek Indian Reservation, home to the Nottawaseppi Huron Potawatomi in Athens, Mich. 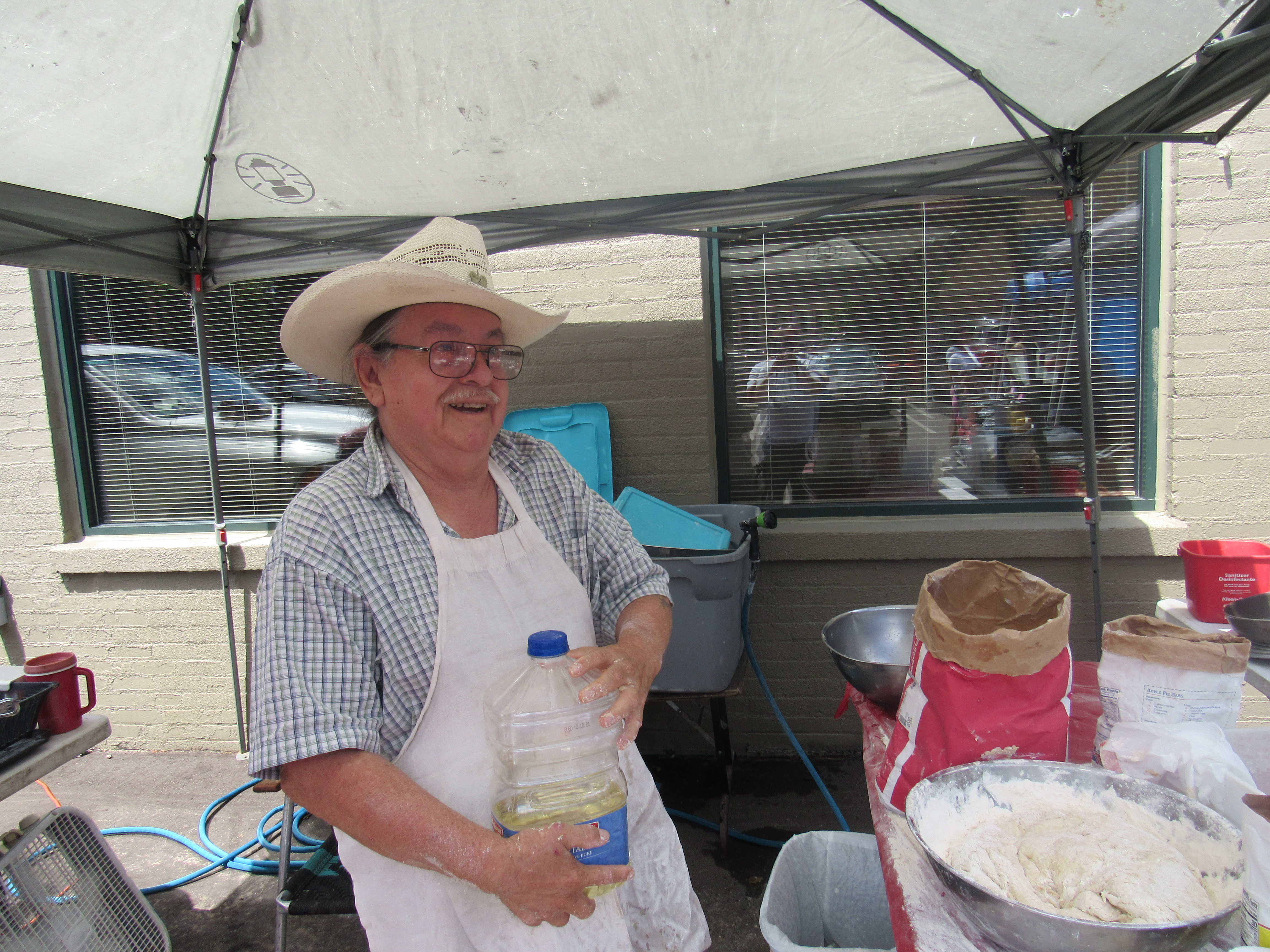 On hand Friday to mix up the frybread dough was Tom Marshall (Rosebud Sioux), the son-in-law of Rose Shalifoe.

“This is my mother-in-law’s recipe. She started me off carrying flour for her, then she taught me how to make it. I have been making it for 30 years,” Marshall said.

Atkinson says the Rose’s crew is ready to bring the food stand to other Michigan tribes upon request.