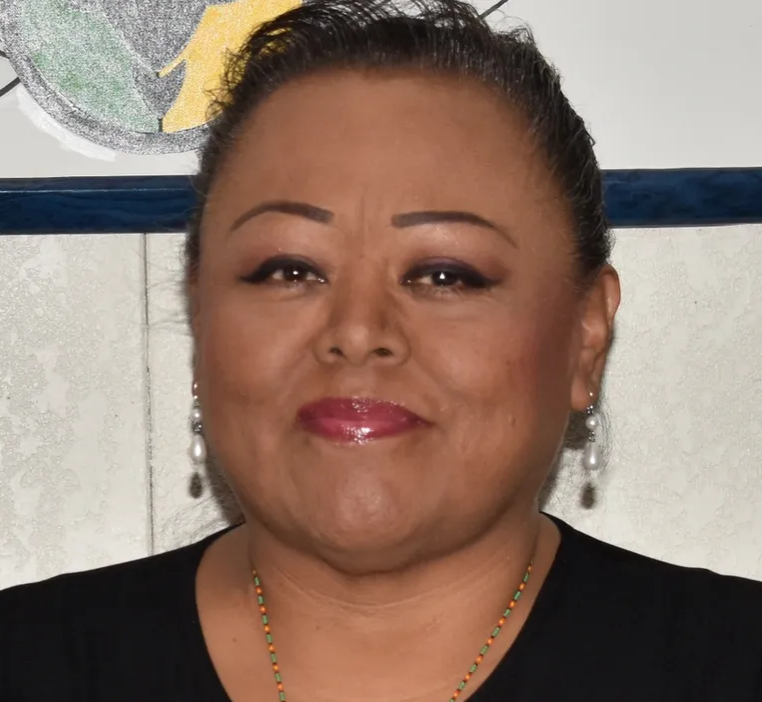 McCarthy was first diagnosed with the virus in August. She announced her diagnosis on her Facebook page on Aug. 13.

“She was very passionate about her work, and her zeal for the Kiowa people. She was a good friend, good colleague — really well spoken,” Bread said.

Well wishes and condolences followed the announcement on the Kiowa Tribe Facebook page.

“Angela Chaddlesone McCarthy you made a difference and fought hard for our tribal members,” wrote commenter Brenda Bowman. “Thank you for your hard work, sacrifices, and dedication. Fly high and journey well.”

McCarthy was known as a passionate legislator brimming with ideas and projects, Bread said.

“She was progressive in that she liked to delve into establishing laws and programs that would benefit the Kiowa people,” Bread said.

“I remember one such legislation she co-authored with District 4 legislator Jessie Svitak, the establishment of a veterans' program for Kiowa veterans, and she said her passion for that came from her father being a veteran,” Bread said. “She took that kind of passion not only for her work on the legislation but also in her everyday life.”

McCarthy’s passion for people became evident in her personal projects as well: a glance at her Facebook page reveals a May 2020 GoFundMe campaign dedicated to sending drinking water to the Navajo people.

“Good morning! I hope everyone is safe wherever you may be today. Bless your homes and your families. I have raised enough funds to purchase approximately 111 cases of water,” reads the latest update from the fundraiser.

“Our hearts are heavy today because we have lost her energy and her robust spirit,” Bread said.

“I feel a deep sense of loss,” he said. “She was a strong leader, a very strong leader, very persistent and committed to serving the people despite her own challenges. She was a diabetic who underwent weekly dialysis multiple times. She continued despite her physical limitations.”

McCarthy “rigorously” served her community, Tsotigh added. “Her leadership will be sorely missed.”

A delay in impeachment proceedings

“She has been a valuable ally in the conflict between the legislature and the executive branch that created a budget crisis for the Kiowa people, and she was instrumental in helping to suspend the efforts of the chairman to expend those resources without having been constitutionally appropriated,” Tsotigh said.

The resources in question are CARES Act funds allocated to the tribe by the federal government, which Komalty allegedly spent without approval from the legislative branch and the Kiowa Indian Council.

The legislature brought five articles of impeachment against Komalty in June. The case remains at a standstill following a temporary restraining order filed by Komalty, preventing the tribal legislature from taking further action.

A judge with the Court of Indian Offenses stated Wednesday that McCarthy’s absence would prevent an impeachment vote, which must be unanimous, Tsotigh said.

“Our contention was we should be able to convey that since that ruling was the unanimous vote of the remaining legislators,” Tsotigh said. “The judge questioned that and said that all seven legislators must be involved in that vote. That was one of her findings. We were trying to be proactive in the fact the speaker was gravely ill and probably could not proceed with impeachment hearings.”

McCarthy’s passing may push impeachment proceedings beyond the 90-day limit on such efforts, Tsotigh said.

“We have to fill that position, we have to call for a special election, and that has to occur so we have the seven representatives required by our constitution,” Tsotigh said. “The vote for impeachment occurred June 23 and we have a 90-day process and it doesn't look like we're going to make that requirement.”