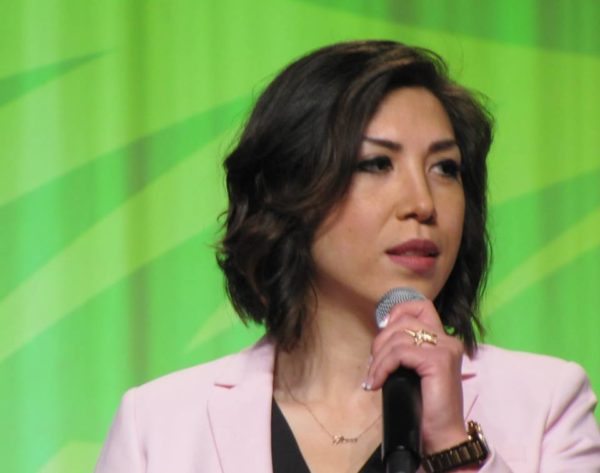 BOISE, Idaho — Paulette Jordan, 40, has announced her candidacy for the United States Senate seat in Idaho. Jordan was the Democratic gubernatorial candidate for governor of Idaho in 2018 and lost to Republican Gov.

Brad Little. She is a Democrat, who resigned her state representative seat to run for governor. She is a tribal citizen of the Coeur d’Alene Tribe of Indians, where she has previously served on the tribal council.

Jordan made this following statement on her Facebook page on Friday afternoon:

"I’m excited to announce my candidacy for U.S. Senate to represent the people of Idaho.

Over the past several years, I have traveled around the Gem State and have listened as Idahoans from all walks of life have expressed frustration with the corruption and partisan gridlock in Congress.

Our American heritage and values are important to us in Idaho. We are patriots through and through. We covet our individual rights, like our right to bear arms, our right to property, our right to vote.

This election is the most important election in our country’s history because there is so much at stake."

Jordan joins a field of three other Democrats who are running for the Democratic nomination to run against 76-year-old current U.S. Senator Jim Risch.

Jordan currently serves as secretary on the Board of Directors of the National Indian Gaming Association.

This is a developing story. Native News Online will provide more information about Jordan’s candidacy in the near future.