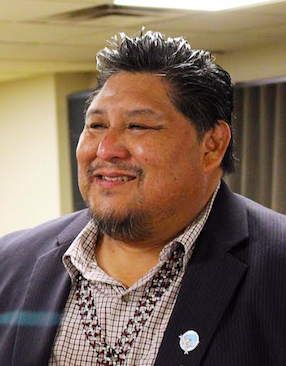 SOMERTON, Ariz. — The Cocopah Indian Tribe is mourning the loss of Vice Chairman J. Deal Begay, Jr., who passed away in the early hours of Sunday, June 21, at the Yuma Regional Medical Center in Yuma, Ariz. Vice Chairman Begay was 53.

“It is with great sadness that we announce the death of Cocopah Tribal Vice-Chairman J. Deal Begay Jr. We are shocked and devastated with this unexpected news,” Cocopah Tribe Chairwoman Sherry Cordova said in a statement released on Monday.

“The Cocopah Tribe has lost a great fighter for the Cocopah people.”

The cause of death from COVID-19 coupled with heart complications was confirmed to Native News Online by Begay’s son, Jesse Manuel Begay, on Tuesday. Vice Chairman Begay’s wife also tested positive with COVID-19 and is in the hospital, according to Jesse Manuel Begay.

Serving as the tribe’s vice chairman since 2014, Begay was finishing his third term. During his time in office, Begay worked closely with neighboring municipalities on economic development.

Local mayors praised Begay for his service and advocacy.

“Vice Chairman Begay was a friend of Somerton and a great advocate for the Cocopah people, he will be truly missed. Our thoughts and prayers are with his family,” Somerton, Ariz. Mayor Gerardo “Jerry” Anava said.

Yuma, Ariz. Mayor Douglas Nicholls said Begay was a positive spirit to anyone he came across in the community and always willing to help serve others.

"Vice Chairman Begay was a key partner and good friend personally to me and to all of Yuma. His work and dedication to the people will not be forgotten," said Mayor Nicholls. "He always had the people in mind and truly lived to serve. We are praying for his family, his loved ones and the entire Cocopah Nation during this time.”

The Cocopah Indian Tribe is located in Somerton, Ariz., 13 miles south of Yuma. Known as the River People, the tribe has lived along the lower Colorado River and delta for centuries. Some of the tribal citizens live in Mexico.

Funeral arrangements were not complete at press time. More information will be provided by the Cocopah Indian Tribe at a later date.