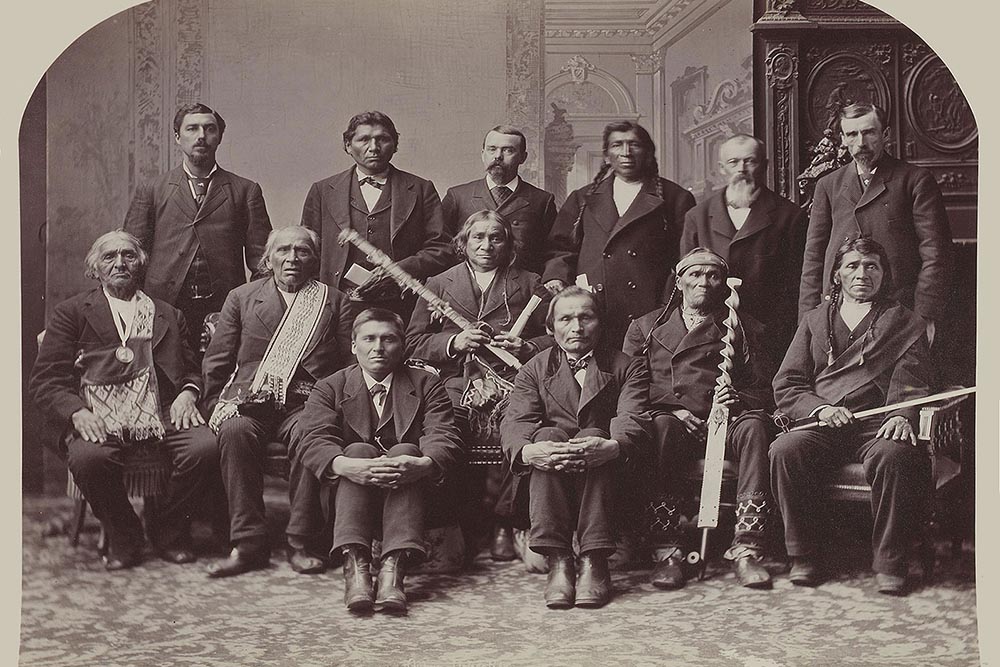 WASHINGTON — A $59 million settlement in Peltier v. Haaland, a class action lawsuit alleging trust fund mismanagement and failure to account by the Department of the Interior, will go to four tribes located in the Midwest and Northwest United States and more than 39,000 beneficiaries.

“It took them way too long and it’s way too little,” said Gerald Gray, Chairman of the Little Shell Tribe of Chippewa Indians.

The lawsuit has its roots in land ceded by the Pembina Band of Chippewa Indians to the U.S. government in unfair treaties throughout the 19th century.

In 1905, the Pembinas ceded roughly 10 million acres of land west of the Red River area to the government for a price of 10 cents an acre as part of what is known as the “Ten Cent Treaty,” according to the 1982 report. The report said 8 million acres of the ceded land “extended from the present day north central part of North Dakota to the Canadian border.”

In 1988, leaders of the Turtle Mountain Chippewa Band of Chippewa Indians “were dismayed at the overall lack of money available for distribution” in the per capita distribution, the article said. The tribe then requested an audit from the Interior Department Office of the Inspector General and “also hired independent accountants who confirmed to the tribe that on this issue, ‘you don't need an accounting firm, you need a law firm.’”

The Peltier v. Haaland class action breach of trust lawsuit was filed in 1992. 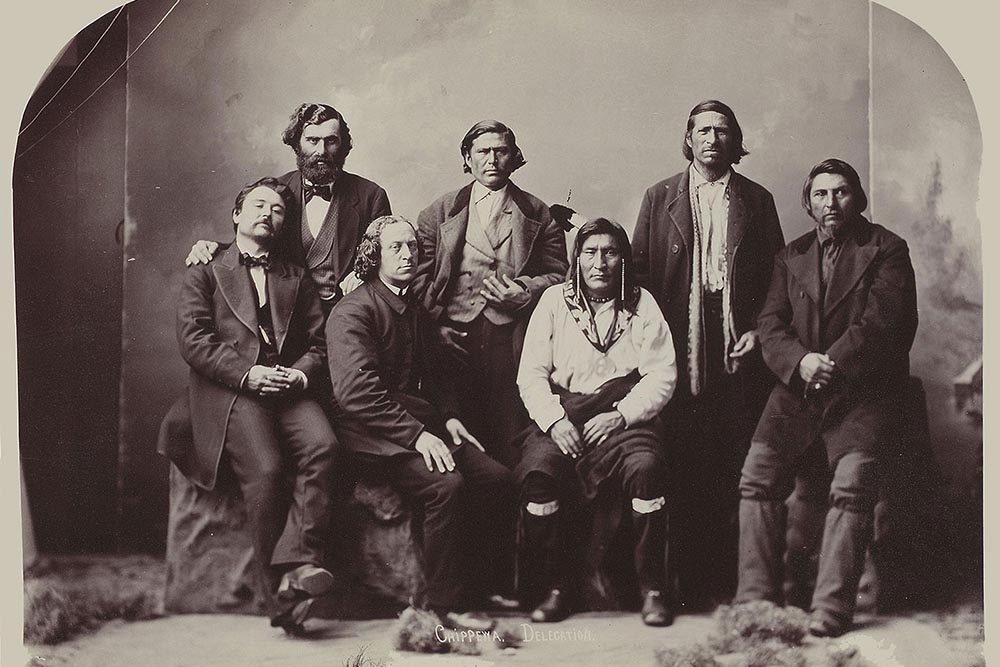 Studio portrait of the Pembina Chippewa Delegation taken in Washington, D.C., in 1874. Photograph provided by the National Museum of the American Indian. (Photo/pembinasettlement.com)

Altogether, individual members of the class action will receive a total of $40,987,112, and the four tribes will receive a total of $8,437,273.60, according to the lawsuit website. Gray said the money for the tribes will go toward economic development and tribal administration. The lawsuit website estimates that individuals may receive as much as $1,440 depending on their eligibility.

The Interior Department noted that this settlement builds on settlements made during the Obama administration over tribal claims of federal trust mismanagement with more than 100 tribes that totaled over $3.7 billion, which it said was “the vast majority of outstanding claims.”

“The Department of the Interior is wholly committed to strengthening our government-to-government relationship with tribes, including reconciling long-standing disputes regarding proper management of tribal trust assets,” an Interior Department spokesperson said. The Department will continue to diligently execute its trust responsibility to federally recognized Tribes and enact policies that promote tribal sovereignty, self-determination and economic self-sufficiency.”

To learn more about the class action, or to determine whether you’re a member of the settlement class, visit the Pembina class action website.