ST. PAUL, Minn. — A wave of repercussions caused by the public's anger of George Floyd's death,  who was murdered by Minneapolis police officers, is leading to the removal of controversial statues from public spaces across the country.

On Wednesday afternoon, a 10-foot tall bronze Christopher Columbus statue was taken down on the east side of the Minnesota State Capitol in St. Paul, Minnesota by members of the American Indian Movement (AIM).

Columbus is no hero to American Indians  and considered part of a false narrative of written American history.

On Wednesday morning, rumors were posted on social media that AIM members were going to take down the Columbus statue at the State Capitol. As people gathered on Wednesday afternoon, Minnesota State Police showed up with rifles. American Indians showed up with drums and rope.

By the end of the business day - around 5 pm - AIM put a rope around the neck of the statue that was erected in 1931 and toppled it.

AIM members have wanted the statue removed for decades.

“This is to honor our ancestors and the women who started to go missing since Columbus landed,” said  organizer Mike Forcia, Bad River Band of Lake Superior Chippewa.

There were no arrests on Wednesday, but Forcia was informed he would be arrested at a later date.

Late Wednesday, Minnesota Lt. Governor Peggy Flanagan, who is a dual citizen of the White Earth Nation, voiced her opinion on the statue's removal on her Twitter account.

"I can't say I'm sad the statue of Christopher Columbus is gone. I'm not," she wrote. "All Minnesotans should feel welcome at the Minnesota State Capitol, and our state is long overdue for a hard look at the symbols, statues, and icons that were created without the input of many our communities." 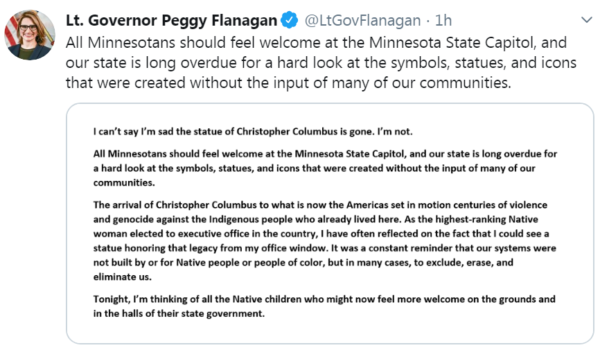 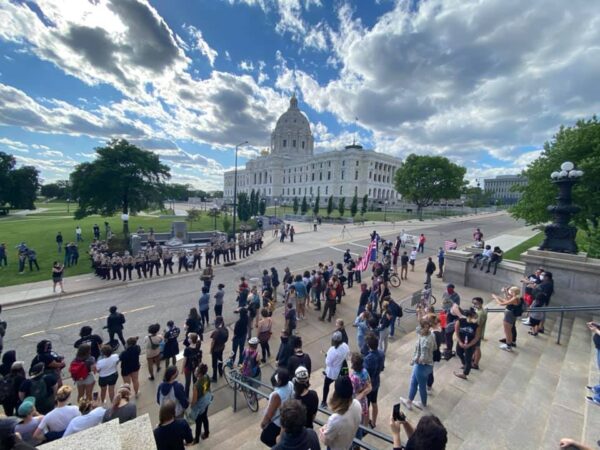 To some, Wednesday toppling of the Columbus statue is just the beginning to changing the American history narrative.

“That’s just a tiny drop in the bucket,” Suzie Crow (Crow Creek Dakota) stated. “We still have all the history books and the references to go in this battle.” 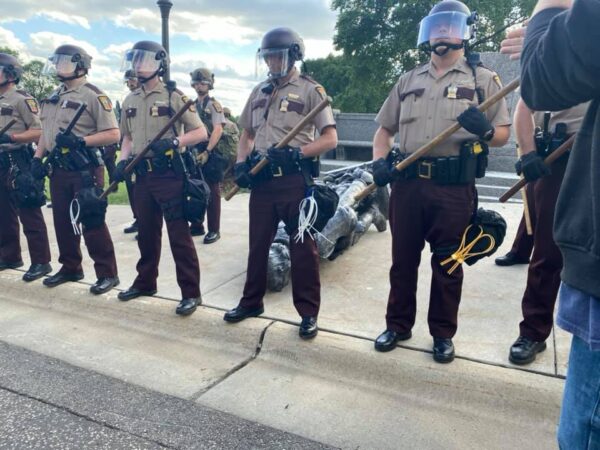 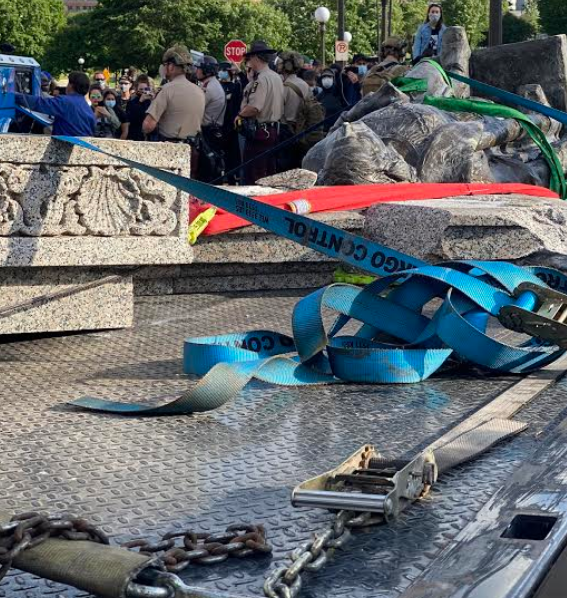 The Columbus statue was hoisted onto a flatbed truck and hauled away to an undisclosed location.