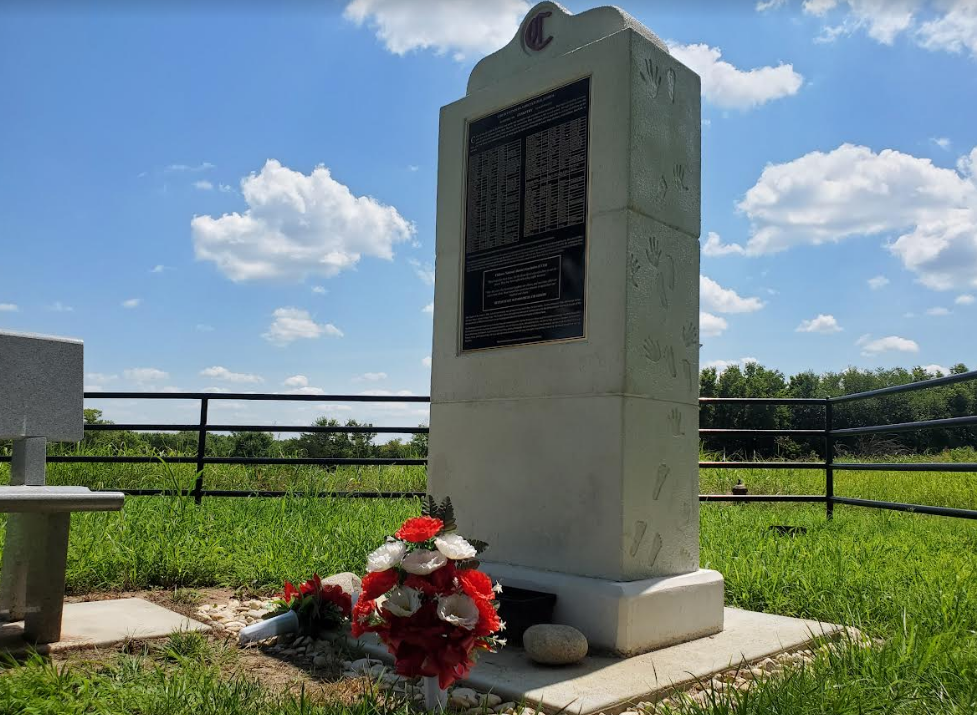 Editor’s Note: This is the last story in a series of three about the past, present and future of the Chilocco Indian School that was originally published by Blackwell Journal – Tribune, a newspaper based in Blackwell, Okla. The Journal-Tribune worked closely with Chilocco alumni to present a story that is a respectful and honest representation of the men, women and history of the school itself.

When the school’s funding was cut in the 1980s, Chilocco suffered the same fate that many tribal schools did.

When alumnus Jim Baker arrived as one of the school’s last superintendents, he recalled how powerful returning to the campus felt.

“I was now working with the same people that had taught me,” he said. “I could immediately tell it was different. I pulled up in my car at a time of day that would have been spent studying when I was there, and I saw this couple across the lake, frolicking in the apple orchard. I stopped, and I just watched. It was so much different. So relaxed.”

When the school finally closed, the contents were to be repurposed and sent to other schools across the nation. Baker said the process was “less than caring.” New machines and equipment were tossed down ramps and into moving trucks or outright thrown onto the lawn.

Upon its closure, Chilocco became property of the Kaw, Otoe, Ponca, Pawnee and Tonkawa tribes. A lack of funding and faith in tribal education centers prevented it from becoming a college like the school in Haskell, Kansas, alumni said.

Addressing the rumors and negativity surrounding Chilocco, Baker cleared his throat and spoke his mind.

“None of us who are alive right now can speak to what may have happened in Chilocco’s early years,” he said. “A lot of the sensationalism about Chilocco comes from what has been happening in the news, like up in Canada, where they found the unmarked graves at the Catholic school.

“Nothing like that happened here. What happened here, why we have our own cemetery, is because you think back to the late 1800s. You’d have students here that would get sick and pass away. Medical technology wasn’t what it was now or even 20 to 30 years on in the 1900s.”

“Students would die,” he said. “Students would be hundreds of miles from home in an age where news could take days or weeks to reach the families. People were buried. They had to be. With communication and transportation so limited, local burial seems to have been the only option. Several others and I have been working extensively to put a name to everybody laid to rest at the Chilocco Cemetery, here.”

“Hand-written letters and exchanges weren’t recorded and documented like they are today,” he said. “A lot of work has gone into piecing together these records all the way to the 1880s.”

That cemetery, in fact, is what the Chilocco National Alumni Association hopes to draw attention to, taking advantage of the interest in Indian groups throughout the nation.

“We hope, through all this negativity, some good will come from it – some good for us and for the souls still here,” he said.

“This will go a long way toward showing respect for those interred at these cemeteries,” he said.

The alumni association currently maintains the cemetery at Chilocco using funds provided by members. A monument there was funded by a grant from the Kaw Nation.

A narrow road takes you over a small creek that winds under dense canopies from the overgrown trees. It leads through fields of shoulder-high grass to a secluded cemetery. The area where the Chilocco monument stands is well-kept and green.

The air seems to change, and the ground becomes something sacred – something important.

Walking through the gate, Charmain Baker became emotional as she greeted the children laid to rest under soil and grass.

Baker cried for the children: those far from home, thrust into a new world with new languages, rules and customs.

Baker’s tears and compassion fueled a poem and accompanying short story she wrote, titled “40 Gravestones,” which can be heard on YouTube. It tells the story of a young Native spirit reflecting on the conditions that brought her to Chilocco.

Garland Kent broke apart a cigarette and spoke to the cemetery's occupants. He sprinkled tobacco as part of an ancient tradition.

The monument of concrete, rock and steel stands more than 7 feet tall and is covered in handprints. It is part of a decadent design by Dan SaSuWeh Jones, a Native American sculptor, writer, historian and artist from Ponca City.

“They longed for their home, but the Great Spirit chose for them to rest in peace,” a plaque on the monument reads. “They may have suffered, but they suffer no more. Over the years they heard our laughter, our cheers, and our cries. After our voices went silent, those buried here await our reunion, to again hear our laughter and cheers.”

Students buried there range in age from those who passed in infancy to those who died in their mid-twenties.

Two of the names belong to soldiers killed overseas in World War I who were flown back to be buried on the land.

The only name with a headstone was that of the first child laid to rest in Chilocco. She was a Wichita girl named Takare, or “Take Care.”

Of the 67 names, only 17 have listed causes of death, according to research Jim Baker conducted through the National Archives and federal records.

Charmain Baker said the memorial officially will be unveiled and dedicated at the Chilocco Alumni Reunion next year.

The Bakers say they hope that advanced technology – such as the tools used to uncover bodies from the Tulsa Race Massacre and the mass grave in Canada – can be used to identify and lay to rest the estimated 80 bodies that are still at Chilocco.

In addition to Kent and the Bakers, the monument is dedicated to the work of: the Kaw Nation, the MICA Group, the Chilocco Alumni Association Cemetery Committee, Bill and Betty Pino, Danny Page, Dennis Mike Jones, Jim Edwards, Fred Underwood, Trent Tilley, Cruz Maldonado, and Crystal Douglas of the Kaw Nation. It is also dedicated to the Tonkawa, Otoe-Missouria, Pawnee and Ponca tribes.

To some, Chilocco might seem to be an urban legend and a haunted relic of a past – one that many might sooner forget than fondly recall. But to the students that went there, it was a home. A community. An entire world between two others.

The alumni of Chilocco say they have nothing but fondness for the place they lived at, loved at, graduated from and took skills from to use in lives they might not be living otherwise.

The campus might seem to be reclaimed by nature and the ravages of time, but more importantly, it is still claimed by the alumni who spend countless hours trying to keep their memories alive – memories, they hope, that will transcend cultures and generations.

And no memories are more important to them than those of the ones laid to rest on those grounds, alumni say – memories they seek to preserve, cherish and honor.