Last night, the Oglala Sioux Tribe’s Department of Public Safety (OSTDPS) reported that a young child was shot and killed as a result of gun violence on the Pine Ridge Indian Reservation. 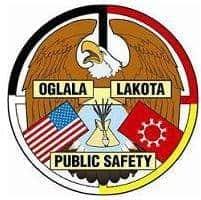 “On May 5, 2022, at 9:00 pm, OSTDPS responded to reports of a shooting at 29604 US Highway 18,  Pine Ridge, S.D.,” said the Oglala Sioux Tribe Department of Public Safety in a statement on Thursday. “When officers arrived, they learned a vehicle had shot at the home and left prior to police officers arrival.  As a result of the shooting, a young child was shot and killed.”

Oglala Sioux Tribe’s President, Kevin Killer, issued a statement on Friday, demanding justice and to inform the community that its Youth Affairs and Economic/Business Development committees are discussing ways to end gun violence and curb drug use on the reservation.

“The Oglala Sioux Tribe mourns the loss of a young relative to gun violence that occurred on the evening of May 5, 2022, and offers condolences to the family,” said the Oglala Sioux Tribe’s President Kevin Killer in a press release. “According to law enforcement, unidentified persons shot from a vehicle into a home near Pine Ridge. A young relative in the home was struck and killed.”

“This tragedy was preventable and justice must hold those responsible accountable,” Killer said. “We cannot remain complacent as a Tribe and we must not accept gun violence or methamphetamine use. The Oglala Sioux Tribe will not tolerate the senseless loss of life on our reservation.”

Because of the age of the deceased, the identity of the victim has not been released. The Oglala Sioux Tribal Police are investigating the incident in cooperation with the Federal Bureau of Investigation. Law enforcement asks anyone with information to call the OST public safety dispatch center at 605-867-5111 or contact the FBI at 1-800-CALL-FBI.