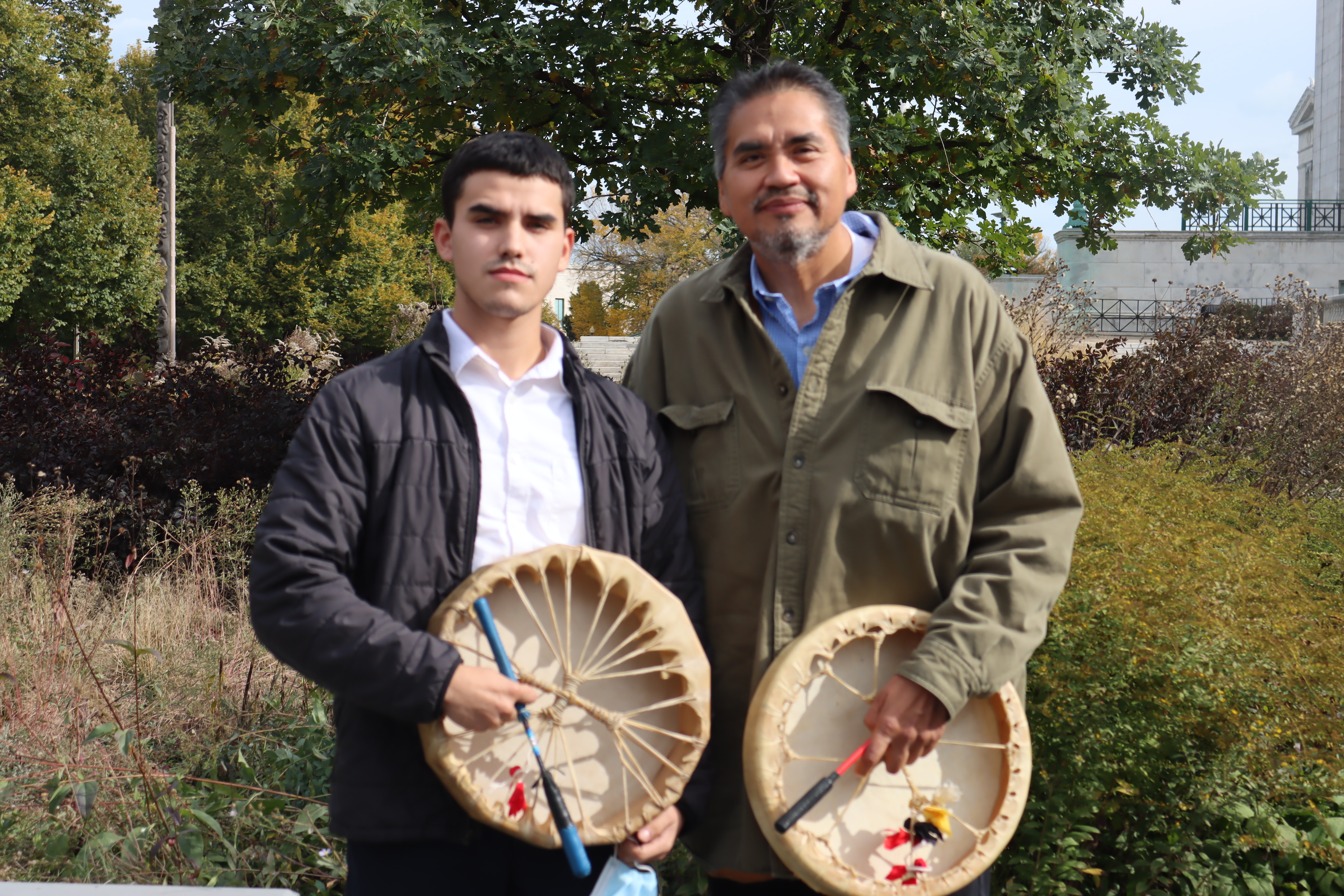 CHICAGO — Earlier this week, the Field Museum hosted a kick-off event for Native American Heritage month, a celebratory observance in the city of Chicago. An inter-tribal song by David and Niyel Spencer, both singers of the local drum group Red Line Singers, was organized by Field Museum staff to officially begin the month-long celebration at the world-renowned museum.

The museum organized a series of events about the objects at the museum, both at the museum and online with staff members and guest speakers. According to Field Museum staff, they have more than 770,000 items of Native American origin in their collection, but the public sees under 1% of the items on display.

The Field Museum has several Native American exhibits, including Pokagon Potawatomi Black Ash Baskets: Our Storytellers, Robert R. McCormick Halls of the Ancient Americas, Rice Native Gardens, which is outside of the museum and was where the kick-off event was hosted, and the Native North America Hall, which is closed until May 2022 and will reopen as a brand new exhibit, said Field Museum Conservation Technician J. Kae Good Bear to Native News Online.

“The Field Museum recognizes and is grateful for the Original Peoples who laid the foundation for the City of Chicago, and for the diverse Indigenous nations that reside in Chicago today,” the museum’s website states. “Our history as a museum began in 1893, and the Field’s collection, research, and community partners continue to tell a story about nature and culture that is vast and complex. The ways we tell stories are always evolving and are enriched by what we learn from listening to many different voices.”

Other events to celebrate Native American month at the Field includes a presentation titled, “Bridging Indigenous perspective into the study of botany and biodiversity,” by Dr. Warren Cardinal-McTeague on November 10. The seminar is free to attend on Zoom. Last year's presentation, "Indigenous Language Representations," a conversation with collections assistant Michelle Brownlee and conservation technician J. Kae Good Bear is available to watch online as well.

Elsewhere in the city, many events have been planned to showcase Native American culture. A more thorough list of events can be found here.

November was officially declared Native American Heritage Month in 1990 by President George H.W. Bush. Celebrations of Native history have dated back to the Carter administration of 1976 in official recognition.