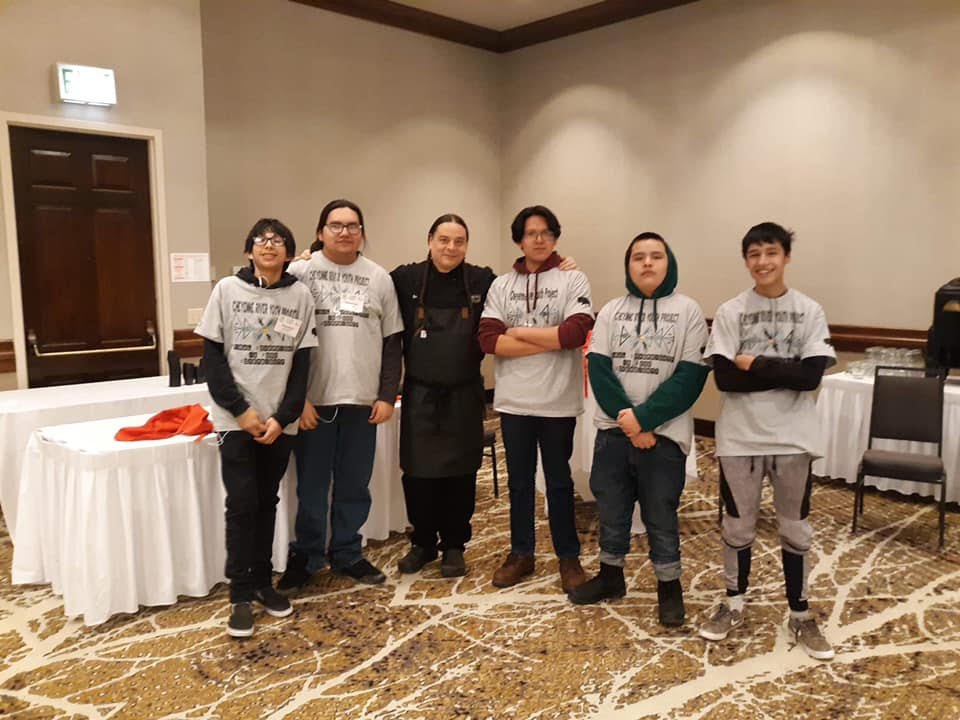 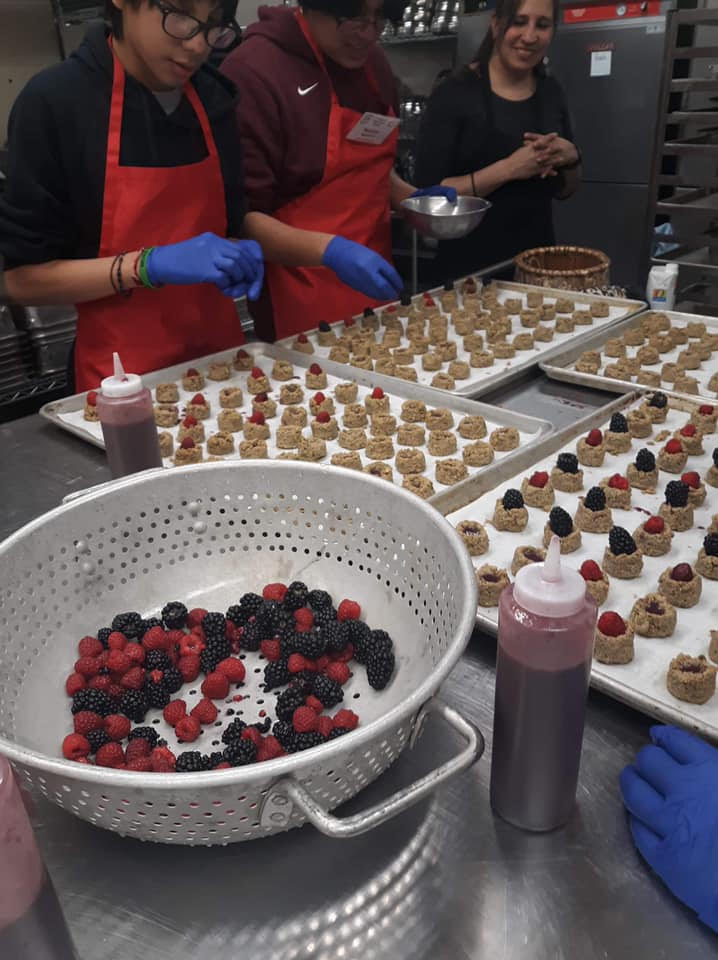 During the summit, the interns had the opportunity to present their own sunflower- and pumpkin-seed cookies with wojapi (chokecherry pudding) in the center. They served the homemade cookies on a bed of mint with either blackberry or raspberry on top.
“The kids really enjoyed the time they spent in the kitchen with Sean Sherman and the other chefs,” Potter said. “They learned a lot about how to run a kitchen, and they had fun serving their creations. They also spent time in a youth leadership course, which was a valuable experience for them.”
The Lakota Food Summit focused on Native food sovereignty, traditional foods, gardening, nutrition, food processing, and much more. It also featured a chef cook-off, two drum groups, a hoop-dancing performance, tipis, traditional hand games, and youth posters from the local community.
Since its 1988 inception, CRYP has been dedicated to strengthening the connection Lakota youth have with their culture. Through the indigenous cooking internship program, Cheyenne River teens learn the history of various foods, their relationships to traditional Lakota medicines and ceremonies, and their contemporary uses. 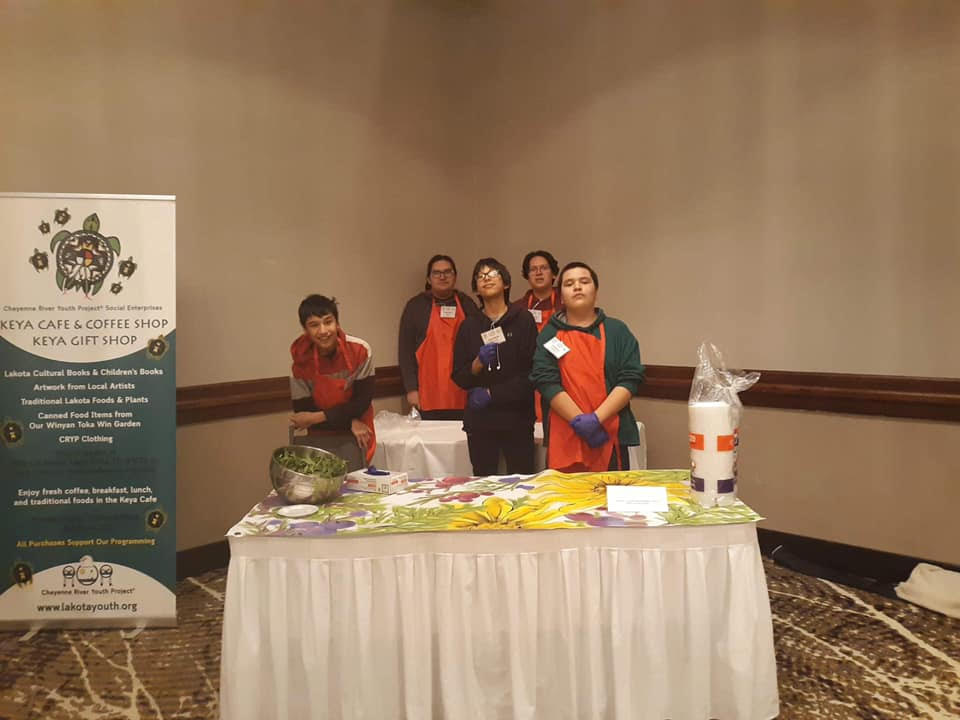 CRYP’s indigenous cooking interns at the Lakota Food Summit in Rapid City.
During each internship, teens get plenty of hands-on kitchen time. They learn to make ceyaka tea, flat cedar tea, chokecherry juice and patties, wojapi, dried buffalo meat, asna, ba’pa soup, squash flour, and much more.
“They also track their experiences in journals,” said Julie Garreau, CRYP’s executive director. “Through this internship, we give our teens daily opportunities to explore their roots and cultural identity, reflect on the connections they feel with traditional Lakota life ways, and become better acquainted with their ancestors, who provided for their families without modern conveniences. It’s a privilege to be on this journey with them.”
To learn more about the Cheyenne River Youth Project and its programs, and for information about making donations and volunteering, call (605) 964-8200 or visit lakotayouth.org. And, to stay up to date on the latest CRYP news and events, follow the youth project on Facebook (/LakotaYouth), Twitter (@LakotaYouth) and Instagram (@lakotayouth and @waniyetuwowapi).