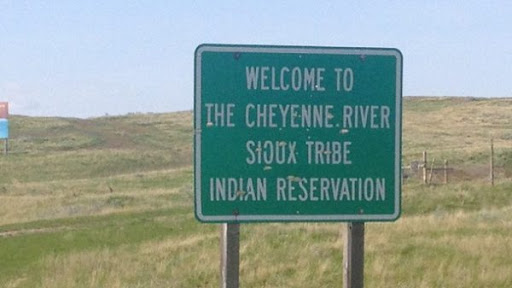 “The spike in cases is the result of one of our tribal citizens going to a medical facility off the reservation and was exposed to someone who had the virus,” Remi Bald Eagle, spokesperson for the tribe, told Native News Online on Wednesday.

“The medical facility did not inform the tribe or the state of South Dakota that one of their patient’s had been exposed to COVID-19. It did its own contact tracing,” he said.

Because of confidentiality, Bald Eagle would not identify the involved tribal citizen or discuss the medical facility’s location.

“The infected individual was largely asymptomatic and, unfortunately, exposed several family members to the virus, who now have tested positive,” Bald Eagle said.

Upon learning of the situation, the tribe went into a containment mode, he said.

Tribal offices and businesses have closed on the reservation and a deep cleaning to sanitize the properties is being done. All tribal government offices are closed, with exception of those that are deemed essential, such as the tribal center.

The Cheyenne River Sioux Tribe has gained national attention because of various checkpoints at the borders of the reservation, which is home to almost 12,000 tribal citizens.

“This outbreak is not the result of a breakdown of our checkpoints. It is due to the travel of one of our citizens going to an approved medical appointment,” Bald Eagle said. Tribal citizens have to report the reason for leaving and coming back onto the reservation.

Frazier says the sudden spike in cases warrants the tribe to move to Level 4 on the tribe’s COVID-19 Response Plan.

“We will continue to work hard to keep everyone safe,” Frazier said.

On Wednesday morning, Frazier met with the Tribal Council. During the meeting the tribal leaders discussed the merits of having the reservation go on lockdown. After discussion, the common thought was there may be more harm than good come out of a lockdown.

Frazier called for tribal citizens to stay home and wear a mask when they are out in public.

Additionally, the tribe is mandating all businesses on the reservation to wear masks and practice safe distancing.

A complete breakdown is as follows:

“Our tribe will always choose our people over profit,” Bald Eagle said. “We know it is important to remain positive. The chairman has said about the pandemic that ‘we are not preparing for a blizzard, but a long winter.’ So, we really don’t know the timeline for some of the measures now put in place, such as mask wearing. We are at the mercy of the virus as far as a timeline goes.

“It is important to remain positive and will do things that may appear to be redundant. With this virus, there is no one solution. We have to battle it on various fronts. And, we appreciate all of our tribal citizens who have done their part to keep the virus away from the people we love.”