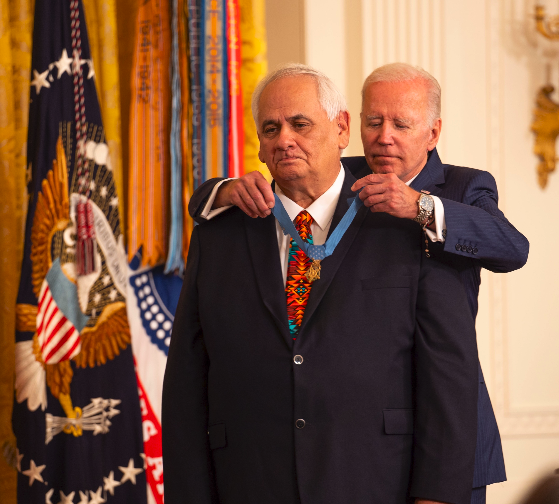 Cherokee veteran and Specialist Five Dwight Birdwell was awarded the Medal of Honor from President Joe Biden in a ceremony on Tuesday. The Cherokee Nation tweeted that he was the first Native American from the Vietnam War to receive the Medal of Honor.

“I consider this not an honor for myself, but certainly for my creator, the men who served with me and all of those men who came to me as a child, Cherokee men who had served in Korea and served in World War II or even World I and talked about their experiences and encouraged me to serve and essentially gave me the idea and belief that I had to do it to carry on a tradition of the Cherokee Nation,” Birdwell told the Cherokee Phoenix.

According to the U.S. Army, Birdwell’s unit “bore the brunt of the initial attack” on an airbase near Saigon on January 31, 1968. Birdwell moved his incapacitated tank commander to safety, and he took the exposed position of the tank commander’s hatch to fire on the enemy.

“Afterwards, he dismounted and continued fighting until receiving enemy fire to his face and torso,” the White House said in its statement. “He refused evacuation and led a small group of defenders to disrupt the enemy assault until reinforcements arrived. He then aided in evacuating the wounded until he was ordered to seek attention for his own wounds.” 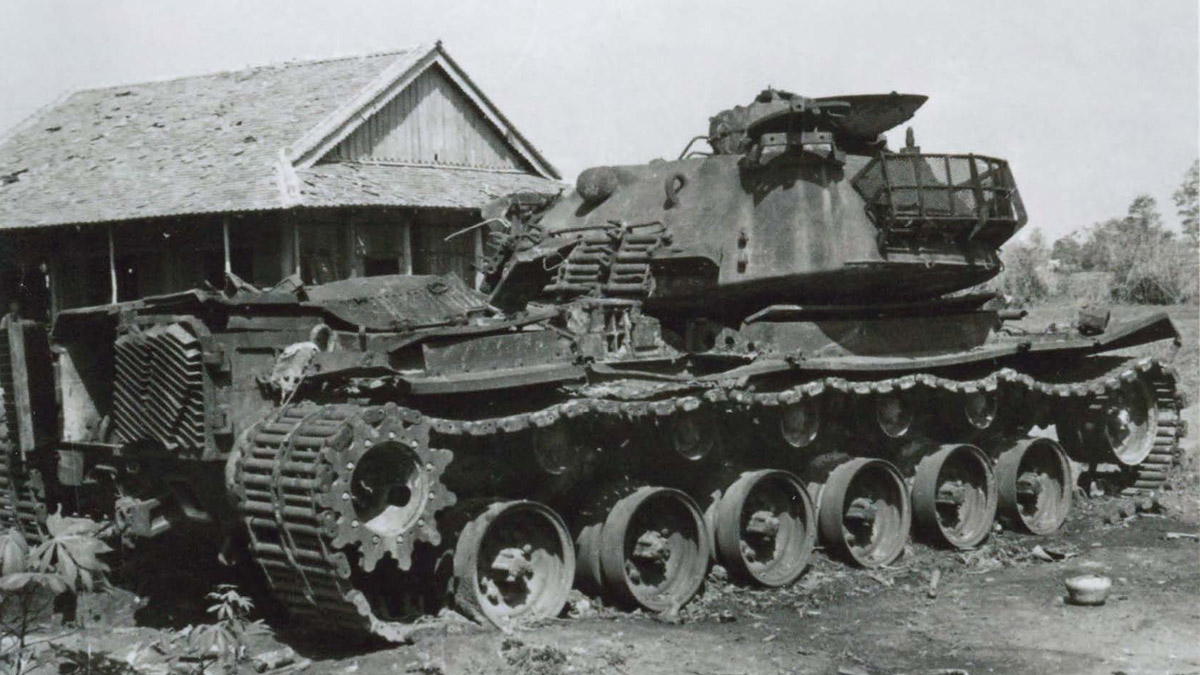 The destroyed tank then-Spc. 5 Dwight Birdwell assumed command of when his convoy was attacked on Jan. 31, 1968, at Tan Son Nhut Air Base. (Photo/Courtesy U.S. Army)

Biden said during the ceremony that when Birdwell was ordered to load onto the med-evac helicopter, he did so, “only to crawl right back off the other side, and to keep on fighting.”

“Throughout the entire engagement, Birdwell repeatedly placed himself in extreme danger to protect his team and to defeat the enemy,” the Army said.

Staff Sergeant Edward Kaneshiro (posthumous), Specialist Five Dennis Fujii, Major John Duffy and Birdwell were all awarded the Medal of Honor at the ceremony for service in Vietnam. The White House said that a requirement to receive a Medal of Honor is “great personal bravery or self-sacrifice so conspicuous as to clearly distinguish the [member of the armed forces] above his or her comrades” and risking their own life.

Birdwell was previously awarded two Silver Stars, a Bronze Star for meritorious service and two Purple Hearts, the Army said. After returning home in December 1968, Birdwell attended Northeastern State University and the University of Oklahoma School of Law, and he served as a member of the Cherokee Nation’s Supreme Court from 1987 to 1999.

"It's a point of great pride for the Cherokee people and I think all [N]ative people to see a Native American get this honor," Cherokee Principal Chief Chuck Hoskin Jr. told ABC News. "I think about the fact that Dwight Birdwell represents thousands of Native Americans who have served this country in military service since the 1970s and even before at such high numbers, disproportionately high numbers.”