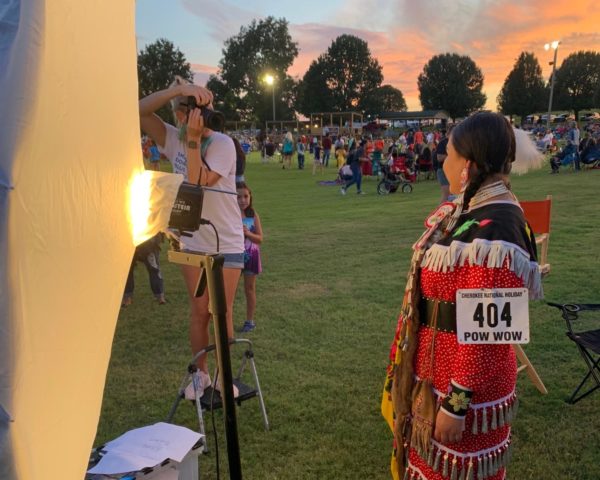 The film industry in Oklahoma is poised for growth. We are centrally located. We have four seasons across six different eco-systems. All that and we remain an affordable place to shoot television and movie projects, with tax incentives to attract projects to our state.

Since launching in January 2019, CNFO has met with producers and executives from major film studios. Our CNFO staff have assisted with casting calls and consulted on or provided services to more than 30 projects. CNFO has become the first film office operated by a tribal nation to be accredited by the Association of Film Commissions International.

Perhaps even more important than its business success is that CNFO allows us to provide cultural expertise and guidance to film projects happening within the Cherokee Nation. You’ve probably watched films or television shows where Native people were portrayed by non-Indians wearing bad wigs and inaccurate costumes, speaking stereotypical dialogue. It is frustrating. And it makes you wonder why they didn’t check with tribes to get a better understanding.

Many times the answer was simply that the film industry did not know any Native people to ask. So, they fumbled around on their own, often with unfortunate results.

That’s why CNFO is creating a Native American talent and crew database. With this database, potential employers in the film and television industry will be able to instantly access lists of Native cast and crew who have already been vetted. This tool helps to ensure and authenticity in production and creates opportunities for Natives in the film industry to have a voice and a presence at every level.

It is critical that whenever Cherokees—or any Natives—are represented on screen, there are Natives behind the scenes ensuring accuracy and integrity. Actors and other production professionals with proof of tribal citizenship can submit their resume and experience, which can then be shared with projects looking to film in the Cherokee Nation.

Other resources in the works at CNFO are databases of film-friendly local businesses, filming locations, and cultural and historical consultants. Locations throughout our amazing Cherokee Nation are highlighted, making it easy to find just the right spot for a key scene.

As we grow along with Oklahoma’s burgeoning film industry, the CNFO benefits our tribal citizens and all Oklahomans. We have partnered with the Oklahoma Film + Music Office and the Tulsa Office of Film, Music, Arts & Culture. We recently sponsored the first-ever Indigenous Filmmakers Lounge at the prestigious Sundance Film Festival. This landmark event celebrated Native American representation in mainstream media and film. Future initiatives will include CNFO offering free public workshops over the summer in both Tahlequah and Tulsa.

Storytelling is an integral part of our Cherokee culture. We have unlimited potential in the Cherokee Nation thanks to our beautiful and historic sites and the talents of Cherokee writers, producers, actors and technicians who are ready to tell our stories.

I am looking forward to even bigger and better things in the coming year for the Cherokee Nation Film Office. You can check out CNFO’s services on the website, www.cherokee.film