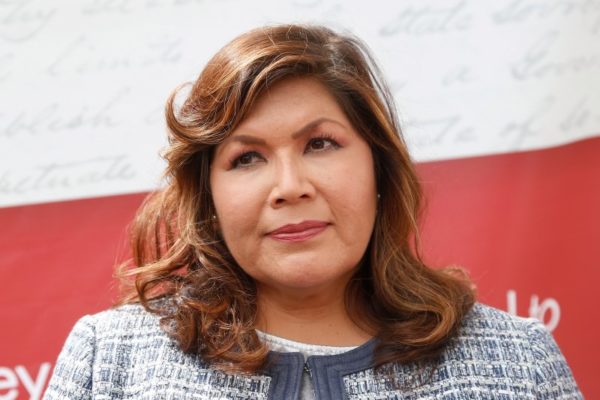 NEW YORK — TIME magazine has named Kimberly Teehee, a tribal citizen of the Cherokee Nation, as one of its Top 16 equality activists in its upcoming issue that will hit newsstands early next week.

In August 2019, she was named a delegate to the U.S. House of Representatives by Cherokee Nation Principal Chief Chuck Hoskin, Jr.

The position was established by a provision referenced in two treaties between the Cherokee Nation and federal government, the Treaty of Hopewell from 1785 and Treaty of New Echota from 1835. Teehee is awaiting Congressional approval to be seated as a delegate, the first to represent a sovereign Native American government.

As a delegate to the House of Representatives, Teehee would not have voting powers, but would be able to lend her voice to legislation, similar to how the Washington, D.C. delegate currently acts.

TIME made the announcement of its Top 16 equality activists on its website on Thursday morning.