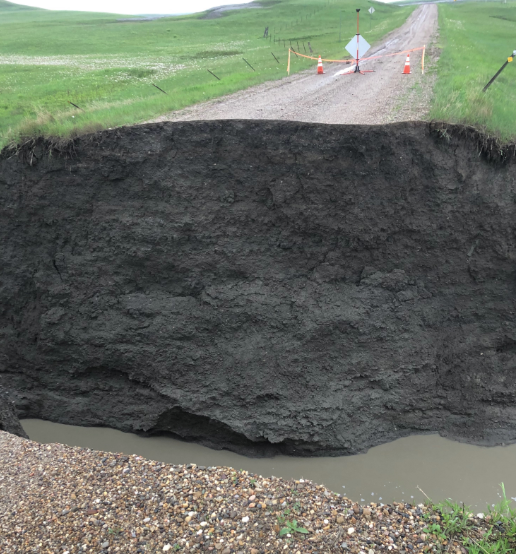 That seems to be the message today from Cheyenne River Indian Reservation Chairman Harold Frazier to the Bureau of Indian Affairs.

Last week, Frazier and the BIA squared off over the tribe’s checkpoints on U.S. Highway 212, which runs through the reservation. The tribe had set up checkpoints at the reservation’s entrances to help stop the spread of COVID-19.

That prompted the BIA’s Darryl LaCounte to send Frazier a letter telling him that the State of South Dakota owns the road and the tribe can’t legally close or restrict travel without consulting South Dakota state officials.

Frazier responded with a letter of his own that informed LaCounte: “I received your letter Friday morning, and quite frankly, I am a little confused. You are making erroneous assumptions based on a lack of correct information. The Tribe has not closed any roads.” 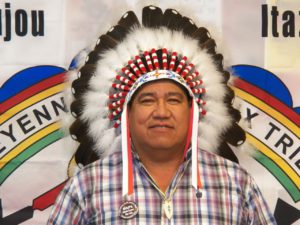 Now, Frazier is suggesting the BIA may well be the pot calling the kettle black when it comes to closed down roads on the reservation.

In a statement released this afternoon, Frazier said:  “The Bureau of Indian Affairs has shut down route 9 at mile marker 12.2 for two years now because you failed to live up to your trust responsibility. This route has been closed to the people of the Cheyenne River Sioux tribe with no sign of being reopened in sight.”

“Thank you for taking a sudden interest in the roads on the Cheyenne river reservation. The Bureau of Indian Affairs has shut down route 9 at mile marker 12.2 for two years now because you failed to live up to your trust responsibility. This route has been closed to the people of the Cheyenne River Sioux tribe with no sign of being reopened in sight.

Why are you accusing us of closing roads when you have done that to us? We have not closed any roads but are monitoring and directing traffic on the roads on our reservation.

Your sudden concern for roads on the reservation should start with the hundreds of miles of roads that are severely underfunded and poorly maintained. Your sudden concerns for roads should begin with coming up with an equitable way to fund road construction and maintenance on large reservations instead of funneling money to state or county governments.

I am happy we are beginning the discussion of roads on reservations. I have traveled to many large reservations with poor transportation infrastructure that is your responsibility. I think a happy discussion could start with the fact that you are charged with protecting our assets and not that of any state. In case you forgot, here is the mission statement of the Bureau of Indian Affairs:

‘The Bureau of Indian Affairs' mission is to enhance the quality of life, to promote economic opportunity, and to carry out the responsibility to protect and improve the trust assets of American Indians, Indian tribes and Alaska Natives.’”