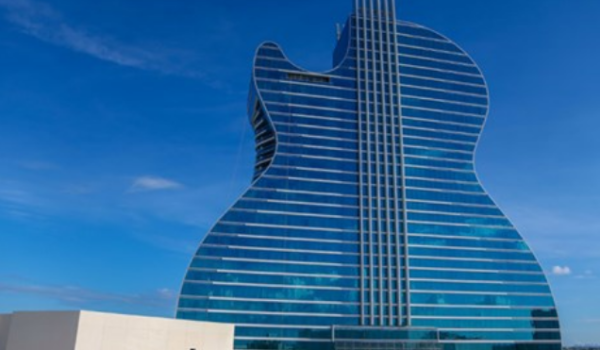 WASHINGTON — Financial help is on the way for tribal casinos and, by extension, tribal governments that rely on gaming to finance many essential services throughout Indian Country.

Senate passage of a historic $2 trillion economic rescue plan includes billions in funding that tribes and tribal casinos can access. But obtaining those funds is going to be “a scramble,” according to one expert, even as national Native American organizations work furiously to sort through details and help tribes navigate governmental regulations and processes.

The funding can’t come quickly enough for American Indian and Alaska Native communities, which are suffering significant financial shortfalls due to closure of tribal casinos across Indian Country.

Late Wednesday night, the U.S. Senate unanimously passed a $2 trillion economic rescue plan called the Coronavirus Aid, Relief, and Economic Security (CARES) Act, that offers relief to individual Americans and businesses impacted by the COVID-19 pandemic. The House of Representatives is expected to vote on the Act on today, and President Trump has indicated he will sign the bill immediately.

Several key funding provisions of the CARES Act could provide relief to tribes that are suffering from the loss of revenues from casino closures, including the following:

U.S. Dept. of Treasury Tribal Stabilization Fund—Section 601 provides $8 billion in emergency relief funds to Indian Tribes. These funds will be available to tribal governments who certify that the funds will be used to offset expenditures incurred due to the COVID-19 outbreak. In consultation with the Bureau of Indian Affairs, these funds will be disbursed by the Secretary of Treasury.

While there are billions in funds accessible through the CARES Act, one source of aid is off limits at present. Tribal casinos will not be able to access more than $350 billion in emergency loans available through the U.S. Small Business Association, which is prohibited from lending money to casinos or gaming operations by federal law, according to an SBA official. However, non-gaming tribal enterprises with fewer than 500 employees will be able to access the SBA funding.

Leaders from all the organizations are committed to working collaboratively to assist tribes in navigating the process as funds are released by the Treasury Dept. On the town hall call Thursday, NCAI CEO Kevin Allis said the organizations are working to build a strategy "that will ensure that everything Congress intended in this legislation is properly implemented and distributed out to Indian Country."

"Just as we had a strategic approach to get stuff in the bill — and in future bills — we're going to have a very focused and comprehensive strategic approach that now focuses on the [Trump] administration, to make sure they do what they've been asked to do," Allis said.

One centerpiece of the Act for Indian Country is the Coronavirus Relief Fund (CVF). The “use of funds” provision the Act states that CVF payments to tribal, state and local government can cover only those costs that: (1) are necessary expenditures due to COVID-19; (2) were not accounted for in the most recently approved tribal government budget; and (3) were incurred between March 1 - December 30, 2020.

“The most important things I am to tell you on this call is at the National Indian Gaming Association is we are currently working to providing tribes with guidance on how to structure tribes with a programs—or programs—so that they can meet the criteria of this coronavirus relief fund,” Jason Giles (Muscogee Creek), executive director, NIGA said during the virtual town hall.

Giles called the insertion of the $8 billion tribal stabilization fund “historic.” He said tribes were left out of the Housing and Economic Recovery Act of 2008 and the tax bill in 2017.

The tribal stabilization fund will allow tribes to keep employees paid during the closures.

“Tribes will be able tell their employees, ‘We’re not going to ditch you like Marriott, Hilton and all these big guys that are already cutting tens of thousand employees. We’re trying to hold on to our employees’,” Giles said.

“We are going to be leaning on a lot of folks, and this is going to have to happen in the next 30 days or whenever the Treasury Department gets the regulations out. We don’t know exactly when the clock will begin clicking,” Giles said. “It’s going to be a scramble.”

On Thursday, tribal leaders working through their Indian gaming associations, were reviewing the CARES Act that builds on the two previously approved pieces of Congressional bills to reduce the negative impact of COVID-19.

“Tribal leadership is carefully evaluating each proposed item within the CARES Act, and its precursors,” Oklahoma Indian Gaming Association Chairman Matthew Morgan (Chickasaw Nation) said. “Tribal Nations are in the process of identifying and determining how best to utilize these relief packages to care for their citizens, the public health and safety needs within their jurisdictions and their tribal economies, which include but are not limited to tribal governmental gaming operations and associated entertainment amenities,”

The California Indian Gaming Association (CNIGA) says voluntarily shutting down its tribal gaming facilities was the responsible decision to make, however, the decision to close resulted in tribal governments revenue streams being reduced to zero overnight, which losses come with an enormous cost to its tribal citizens and local communities where they are located.

“Specifically, funding will be made available to tribal governments in the form of a mix of federal loan guarantees, direct funding and unemployment insurance assistance, relief for health initiatives, including special diabetes programs, and housing programs. The devil, as usual, is in the details as to how tribes will be able to assess and utilize the fund,” CNIGA Chairman James Siva (Morongo Band of Mission Indians) told Native News Online on Thursday night. “While $8 billion certainly provides some relief, the figure is certainly short of what is ultimately needed.”

The CARES Act was the third phase of relief for the COVID-19 pandemic by Congress. Tribal leaders who participated in the town hall call say more funds may be needed because it is still unclear how long tribal casinos may remain shuttered due to the public health threat.

“The work is not done for us,” NCAI CEO Allis said.