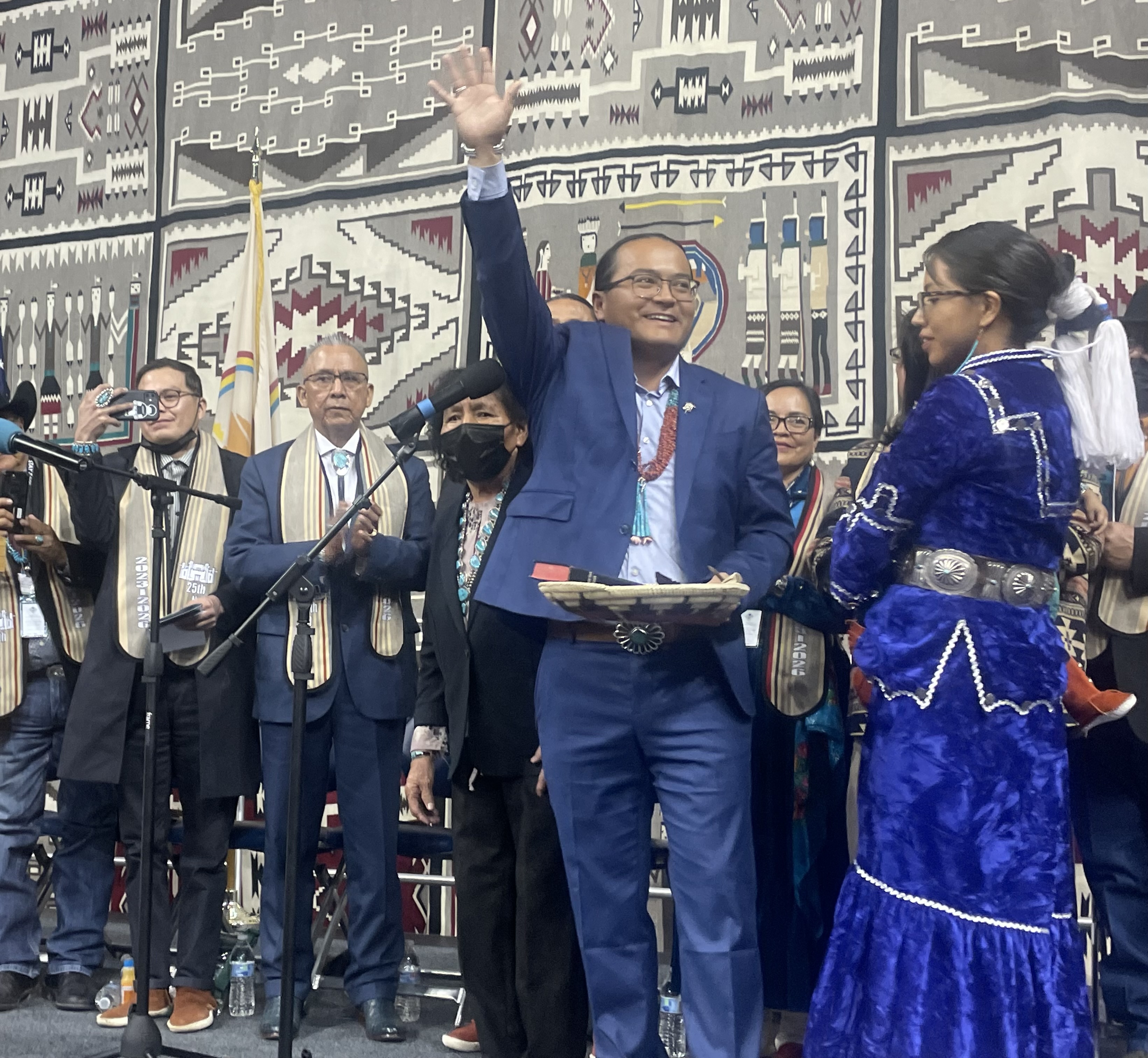 FORT DEFIANCE, Ariz. — An excited crowd filled the Bee Hółdzil Event Center at the Window Rock High School in Fort Defiance on Tuesday to witness the swearing in of Buu Nygren to serve for a four-year term as president of the Navajo Nation. Nygren, who turned 36 on Christmas, is the youngest president ever of the Navajo Nation.

Shortly after noon, Nygren was administered the oath of office by the Navajo Nation Supreme Court Chief Justice JoAnn Jayne, as his wife, former Arizona state Rep. Jasmine Black-water-Nygren, stood behind him with their daughter. His maternal grandmother Marilyn Slim, who raised Nygren after his mother died during his early teens, held a basket with a family Bible in it.

In his inaugural address, Nygren thanked outgoing President Jonathan Nez for serving the Navajo Nation during the COVID-19 pandemic, which afflicted over 80,000 Navajo citizens and caused the death of almost 2,000.

Nygren committed to make every decision he makes as president based on whether or not the basic needs of the Navajo Nation will be met.

“I am going to ask for every decision I make as president of the Navajo Nation, does this move our Nation forward away from being like a third world country?” Nygen said. “Does it improve our water, streets, electricity?”

Nygran, who has an MBA in construction management and a Ph.D, said he wants to move the tribal economy forward for the Navajo Nation.

“It’s about time we start saying, ‘The grass is greener on the Navajo Nation,'” Nygren said to an enthusiastic crowd.

Nygren said he is ready to work together as a united nation.

“One of the things I’ve always said as a united Navajo Nation, leadership is going to be strong. It’s going to move things forward,” Nygren said. “We can start talking about the basic needs of our Navajo people.”