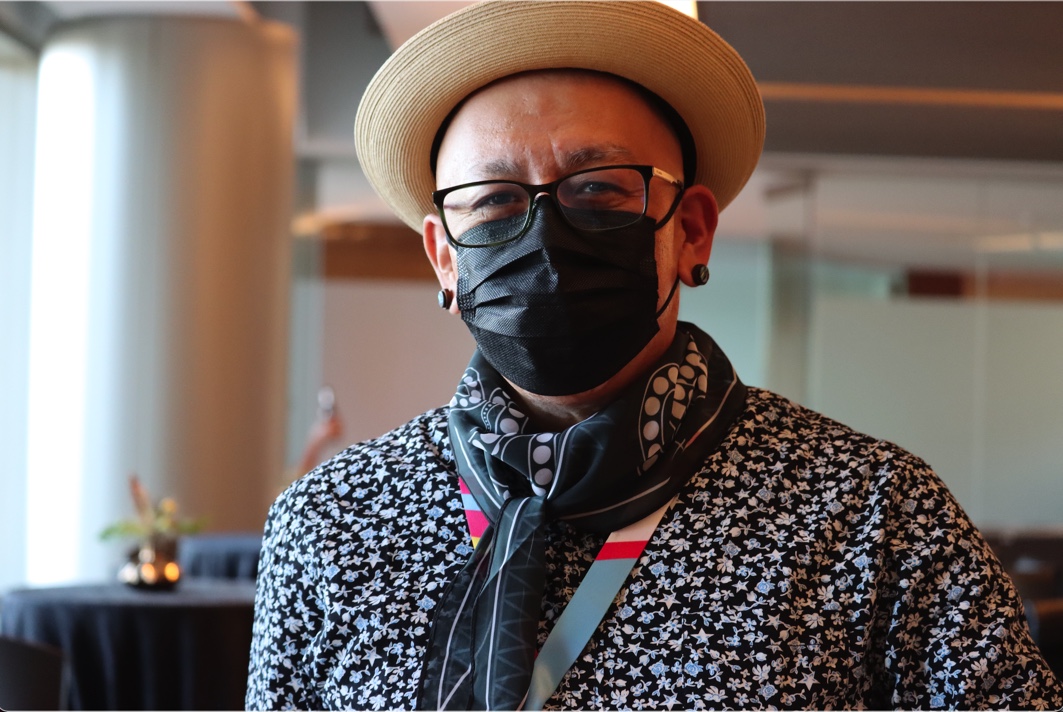 On Saturday, October 16, Alexie Heline Echo-Hawk died in a head-on car collision in western Kansas while traveling to the Pawnee Nation of Oklahoma with her father, Bunky Echo-Hawk, to attend a ceremony.

The driver, 38-year-old Christina Satana from Pueblo, Colo., was driving in the wrong direction on I-70 and hit the vehicle Alexie and her father were ridng in. The accident took place just before 1 a.m. Saturday, east of Park in Gove County, killing two people and injuring four. Alexie was 15 years old.

Bunky sustained multiple serious injuries to his eye, knee, chest and foot and was released from the hospital on Sunday with a long road ahead with needed surgery and months of recovery according to his doctors.

Bunky Echo-Hawk is an American Indian artist and poet who is known for his acrylic paintings about Native American topics and hip-hop culture. He’s an enrolled member of the Yakama Nation in Washington. He attended the Institute of American Indian Arts in the 1990s. He is an internationally known visual artist, with exhibits in major museums and galleries throughout the United States and overseas.

Bunky is the son of Walter Echo-Hawk, who is the current president of the Pawnee Nation Business Counci and an American Indian legal scholar.

His family arranged a GoFundMe on Monday and as of press time has raised more than $107,000. Due to Bunky's injuries, he is scheduled to have surgery next week and will have at least 3 or more months of recovery, according to family.

“At this time, we are asking Bunky's many relatives, friends and supporters across Indian Country to support him and his family,” said his GoFundMe. “Funds raised through GoFundMe will go towards funeral expenses, the memorial service, Bunky's medical bills and living costs, for it will be many months before he is able to fully work again.”

The funeral service for Alexie is scheduled for Thursday, October 21, 2021 at the Roam Chief Building at the Pawnee Nation in Pawnee, Oklahoma. A prayer service and wake will be Wednesday evening. A memorial service for Alexie Echo-Hawk will be held at Sangre de Cristo school in Mosca, CO, on Sunday, November 7th at 2:00 p.m.

Alexie's Yakama name is Tikáynút and her Pawnee name is Pahuks. She grew up in both Pawnee, Oklahoma, and Mosca, Colorado. She was a beloved daughter, sister, and relative. She is survived by her mom Crista Newmyer-Olsen, her father Bunky Echo-Hawk, her stepdad Sam Olsen, her stepmom Jasha Lyons-Echo-Hawk, her siblings Jonathan, Khaiya, Leo and Amelia Olsen, Rhiannon Elizabeth McCaughey, Ayo Pahaat Lyons Echo-Hawk, Puyvfekcv Tiwaku Lyons Echo-Hawk and Feather Echo-Hawk; her maternal grandparents H. Ray Newmyer and Catherine Rice-Gallegos; her paternal grandparents Walter and Pauline Echo-Hawk; and many aunts, uncles and cousins.