WINDOW ROCK, Ariz. — Navajo Nation President Jonathan Nez, who is already fighting hard to curb the spread of the deadly coronavirus on the Navajo Indian Nation, is now dealing with an inflammatory social media post by a border town mayor.

The controversy began late last week after Mayor Levi Tappan of the city of Page, Ariz. sent a letter to President Nez. Tappan’s letter expressed his hope that the town and the Navajo Nation could work together on a plan to allow access to Antelope Canyon, a popular tourist attraction located on the tribe’s reservation. 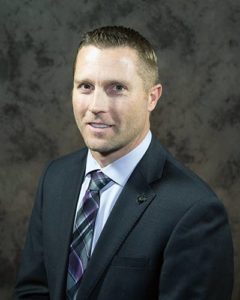 With the COVID-19 pandemic, Antelope Canyon is closed due to travel restrictions onto the Navajo Nation. The mayor is anxious to see the site open and tourist revenue coming into the region flowing once again.

Begay’s post received numerous comments, including one from a Navajo woman who commented, “He’s busy fighting hard for our people,” accompanied with a photo of Nez greeting an elderly woman wearing a surgical mask.

The post caught Tappan’s attention. The mayor replied: “I wish he would battle alcoholism as hard as COVID19.” 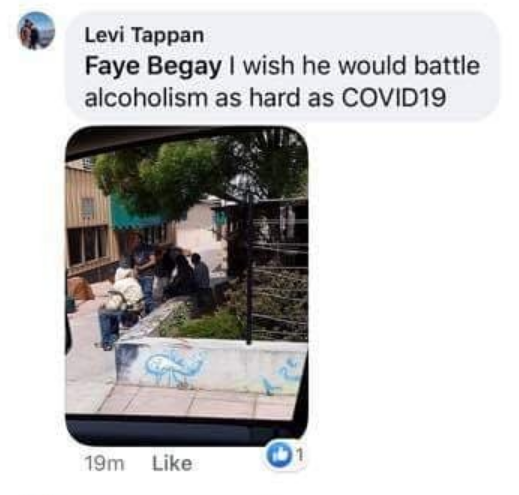 Tappan’s reply had a photograph of a group of Navajo sitting near the Blue Buddha Sushi Lounge.

The post was later changed by the mayor, but not before it created ire among the Navajo.

In a press release issued on Sunday, President Nez asked Tappen to work with the Navajo Nation to unite efforts to fight the virus.

“We, as elected leaders, should be working together to unite our people especially when we are losing so many relatives to COVID-19, not tearing each other down and singling out Native Americans in regards to alcohol issues,” Nez said in a press release. “Yes, we recognize that there is a problem and we stand ready to work with Mayor Tappen to address the issues rather than writing insensitive comments to our constituents on social media. As the Mayor of the city of Page, his comments have far reaching implications and influence on the relations between Navajo people and the city of Page.

“I invite Mayor Tappen to work with the Navajo Nation. Let’s come together and show our children a better path, one based on mutual respect and love for all people.”

Tappan offered this apology to the Navajo Times:

“I apologize if I’ve offended people,” said Tappan, who was elected mayor in Nov. 2018.  “My intentions were: We need to work together and not just one side.”

This incident isn’t the first time a Page resident has made news during the COVID-19 pandemic for posting derogatory comments on Facebook about Navajo citizens. In early April, the Page Police Department arrested a local resident for creating a social media post blaming the spread of COVID-19 on Navajo people encouraging people to commit violence against Navajo people.