Bloomberg Owes An Apology for “Cowboy Hat and Shotgun” Comment 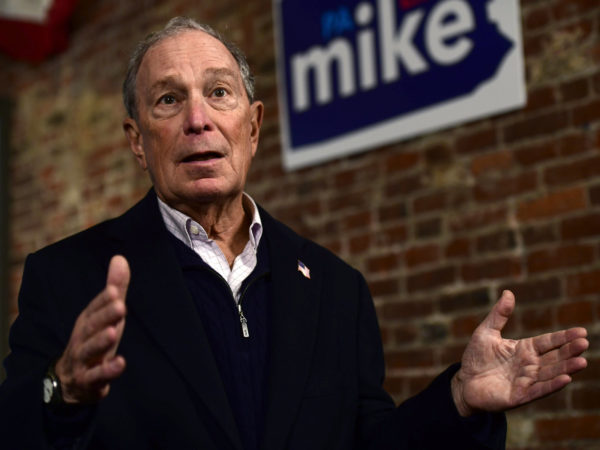 Michael Bloomberg’s “cowboy hat and shotgun” statement in August 2009 while he was mayor of New York City is coming back to haunt him among American Indians during his quest for the Democratic party’s presidential nomination.

In August 2009, during a radio interview, Bloomberg weighed in on the cigarette taxation issue. Bloomberg told the interviewer that he told then New York Governor David Paterson to go up there to Seneca tribal land and put on a “cowboy hat and a shotgun” and make a video.

Bloomberg’s comment referred back to the Wild West days, when the common thought was that the way to deal with lawless American Indians who needed to be subjugated was to use a gun. The history of the era of cowboys and Indians is a deep scar in the history of the United States because American Indians were savagely killed and stripped of land. Bloomberg’s comment was completely inappropriate and tasteless.

The statement drew the ire of the Seneca Nation and other American Indians back then.

“The cowboys and Indians stories of the Wild West are a part of our history, but they are a dramatized and dishonorable part. They are propaganda and myths that were used to justify the westward expansion of the U.S. Military and settlers into tribal territories that were guaranteed by treaties. They were excuses for brutal massacres of Native American men, women, and children who stood in the way of Manifest Destiny,” wrote Jefferson Keel, president of the National Congress of American Indians in a letter to Bloomberg shortly after the radio interview.

Keel asked for an apology and a meeting with Bloomberg. He received neither.

When running for president of the United States, the media puts these types of comments from the past under the microscope of public scrutiny. And, rightfully so.

Beyond the “cowboy hat and shotgun” statement, Bloomberg has a tarnished record of dealing with African Americans and Hispanics while mayor of New York City because of the “stop and frisk” program. In recent weeks, Bloomberg has come under attack in the media for the policy.

According to the New York Civil Liberties Union, during the 12 years of the Bloomberg administration, New York Police Dept. officers recorded 5,081,689 stops. Annual stops were at a low of 97,296 in 2002 and rose to a high of 685,724 in 2011. Of those stopped, 87 percent were African American or Hispanic. These two groups comprised only 52 percent of the total population of the city.

Faced with the scrutiny, Bloomberg has since apologized for the policy.

Additionally, Bloomberg is being met with scrutiny involving settlements his company made with women who he employed. During last Wednesday’s Las Vegas debate, Bloomberg faced fierce questioning from Sen. Elizabeth Warren about non-disclosure agreements signed by the women involved in the settlements, a practice that virtually silences both parties.

Prior to the Las Vegas debate, it was reported Bloomberg spent over $350 million in television and radio advertisements thus far during his presidential campaign. This unprecedented spending of his own money allowed Bloomberg to surge in the national polls where he almost doubled polling numbers in 10 days.

Then, came the debate in Las Vegas on Wednesday night and he lost his momentum. By Friday, the Bloomberg campaign relented and sent out a press release saying Bloomberg would free the women of the agreements to keep silent. In the MeToo movement era, Bloomberg had to relent to attempt to remedy a horrible debate performance.

Native News Online reached to the Bloomberg campaign on Friday to discuss the “cowboy and shotgun” comment. There has been no response.

It is still early to know how far Mike Bloomberg can go in his quest to become the 2020 Democratic presidential nominee. While American Indians—with other Americans—are making up their minds about their choice, an apology for his “cowboy hat and shotgun” statement to the Seneca Nation of Indians and all other American Indians is long overdue.

The Absurdity of Rush Limbaugh’s Presidential Medal of Freedom

Even in Victory, It’s Time for Kansas City to Drop the “Chiefs” Name

Getting Past the Apathy and Fear of the Census

Tribal Nations Working Together: Everyone Wins