WASHINGTON — Following yesterday’s vote in the U.S. Senate to acquit President Donald Trump of the two articles of impeachment, three American Indian members of the House of Representatives released statements.

The statements released are consistent with the Republican and Democratic parties positions on impeachment. Yesterday’s Senate votes were down partisan lines, with the exception of Sen. Mitt Romney (R-Utah), who voted to convict the president on the first article of impeachment for abuse of power.

Here are the unedited statements:

“After an exhausting ordeal initiated by House Democrats’ deeply flawed and unfair impeachment process, I am relieved that the Senate could finally put to rest what has been a political and partisan stunt from day one. Since President Trump was elected, Democrats have wanted him out of office, and sadly, that ultimately drove them to dangerously weaponize impeachment simply because they dislike and disagree with the results of the last election. At the end of the day, the Senate affirmed what many of us already knew. House Democrats failed to prove their case.

“In the days and months ahead, I urge my Democratic colleagues in the House to finally abandon their misguided impulses to impeach the president and actually work with him for the good of the American people. Indeed, the president’s objectives for the country are both realistic and attainable. It’s worth noting that even at the height of the impeachment controversy, President Trump managed to secure numerous wins that benefit all Americans – including the groundbreaking USMCA trade deal with our North American neighbors,

Phase 1 of a trade deal with China and certainty of full-year government funding. Moving forward and as we urgently monitor critical crises such as the coronavirus, our goal must be to focus on areas we can work together for the common good.” 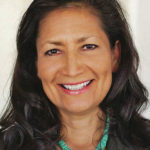 Rep. Deb Haaland (D-NM-01), a tribal citizen of the Pueblo of Laguna:

“This trial was an insult to our democracy. From the start, Majority Leader McConnell said that ‘he would not be an impartial juror’ and worked with the Trump Administration to bring an acquittal. Then, Republicans in the U.S. Senate refused to allow witnesses for an impeachment trial for the first time in history.

“The Senate trial of President Donald J. Trump has ended, but justice has not been served. More incriminating evidence comes out every day from those directly involved, including Ambassador Bolton, and more will continue to come out. It’s clear that President Trump abused his power and put our national security at risk, and no matter what else happens, he will always be impeached. Today’s vote made it crystal clear that Republicans in the Senate are putting their political party ahead of our Democracy and our Constitution.” 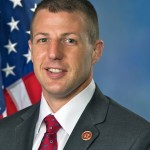 “From day one, this has been entirely politically driven and it’s no surprise that President Trump was acquitted today. Throughout this entire impeachment process one fact has remained the same: President Trump has not committed a single impeachable offense. I hope we can move on from this and focus on delivering results for the American people.”

The fourth American Indian member of Congress, Rep. Sharice Davids (D-KS-03), a tribal citizen of the Ho-Chunk Nation will not be releasing a statement on the acquittal, according to her spokesperson when asked by Native News Online.