An Alaska Native tribe, the American Civil Liberties Union of Alaska, the Native American Rights Fund, and an international law firm filed a lawsuit in Alaska’s Superior Court on Tuesday against the Alaska Division of Elections and officials for discounting defective ballots without allowing voters time to fix minor deficiencies. 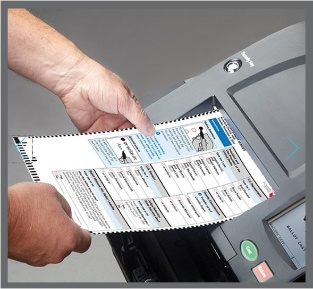 The complaint noted that “7,468 Alaska voters were deprived of having their voices heard and their mail votes count” for “ballot envelope deficiencies that could have been cured if Defendants had timely informed voters.”

Mistakes with the ballots included: improper or insufficient witnessing, not providing a voter identifier or the voter identifier not matching voter records, or a lack of a voter signature.

“Instead of notifying voters of these common mistakes when there was still time to cure them — before vote counts were finalized — the Division of Elections notified voters of rejected ballots only after the election was certified,” the complaint reads.

In one voting area, which encompasses Bethel and the Lower Kuskokwim, Alaska Natives account for more than 80 percent of the total population— according to the 2020 census—but more than 16 percent of votes from that region were disqualified.

Twenty-four states require election officials to notify voters when there is a missing signature or a signature discrepancy—and require that voters must be given an opportunity to correct it, according to the National Conference of State Legislatures.

On July 19, NARF and ACLU of Alaska sent a letter to Alaska’s Lt. Governor Kevin Meyer and the director of the Division of Elections, Gail Fenumiai, asking them to make a plan to ensure that all Alaskans’ votes count by providing voters with timely notice to cure rejected ballots.

“Every vote counts, and the state could take lead from any of the other many states that have already put in place measures to fix curable issues instead of rejecting votes,” NARF Staff Attorney Megan Condon said in a statement. “Without changes to the current system, the state can continue to reject a great number of votes cast by Alaska Natives and rural voters.”