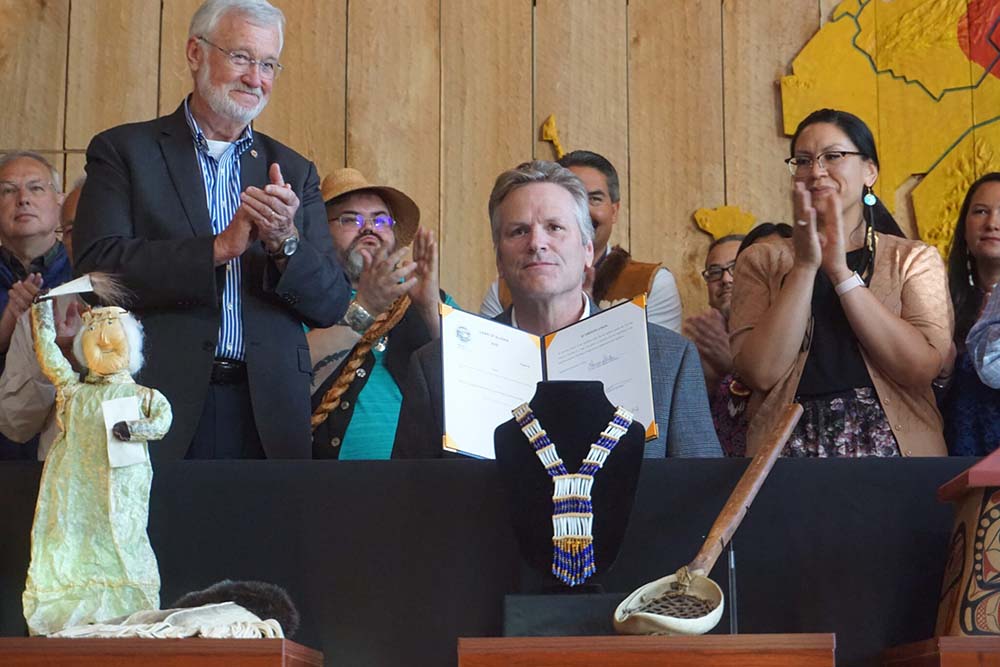 Though the bill does not significantly change the relationship between the state and the sovereign tribal governments within its borders, Rep. Tiffany Zulkosky, D-Bethel, said the measure is an “important first step toward healing and recognizing our past.”

But in recent years, the state has begun relying on tribes to provide a variety of services, including public safety and education, in rural Alaska.

“How can the state talk about expanding relationships with tribes when it has never taken the most fundamental, basic step by recognizing them in our legal code?” Zulkosky said. 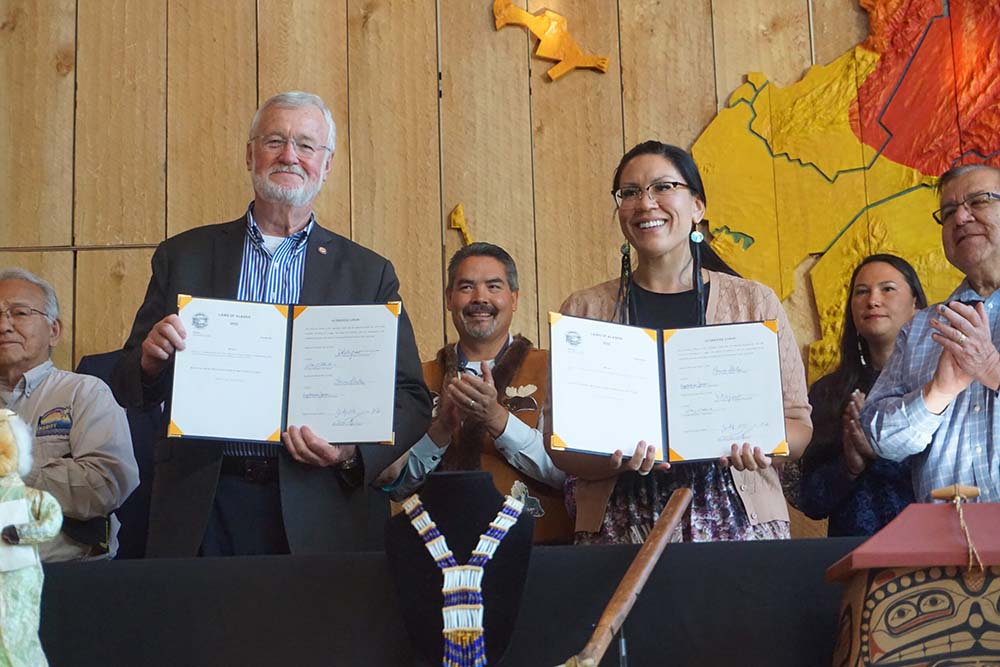 Sen. Gary Stevens and Rep. Tiffany Zulkosky, sponsors of legislation on tribal education and on state recognition of tribes, hold up the bills signed by Gov. Mike Dunleavy at a July 28 ceremony at the Alaska Native Heritage Center. The ceremony attracted a large crowd, including Native leader Emil Notti and Sen. Lyman Hoffman, standing on the stage with Stevens and Zulkosky. (Photo by Yereth Rosen/Alaska Beacon)

Dunleavy called the bill a “significant milestone” and “a good day for all of us.”

After signing the recognition bill, he signed a separate piece of legislation that creates a tribal-state education compact that may encourage the growth of tribally operated schools.

“This is a historic opportunity to embrace our unique Alaska Native heritages, providing a means for local tribal governments to determine their own path for educating young Alaskans,” said Sen. Gary Stevens, R-Kodiak and the sponsor of the bill. “I’m proud to have contributed to and be a part of this historic occasion.”

Both bills were signed in an enthusiastic ceremony at the Alaska Native Heritage Center in Anchorage. Tribal leaders, legislators and Alaska Native corporation leaders were on hand and praised both bills, which passed the House and Senate earlier this year by wide margins.

“The cultural survival of our Indigenous people is dependent on our ability to maintain our values, practice our traditions, and maintain freedom to live our lives well with dignity and respect for each other,” said Julie Kitka, president of the Alaska Federation of Natives. “We have strengthened our tribal governments and have initiated multiple efforts to continue our path to self-determination and self-governance. The formal recognition through this legislation is an historic step for us to have a successful relationship with the state.”

Alaska’s constitution allows the cancelation of a ballot measure if the Legislature passes a substantially similar bill. 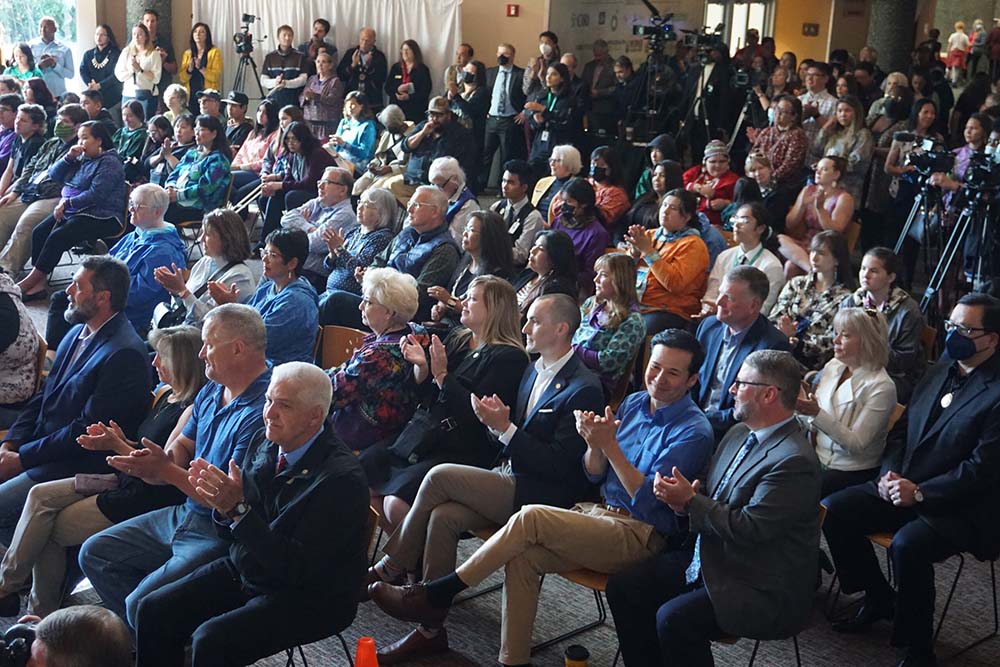 The audience at the July 28 ceremony for signing of bills on tribal recognition and establishing a system tribal-state compacting system for education applauds for Native leader Willie Hensley. Hensley was one of the speakers at the signing ceremony, held at the Alaska Native Heritage Center. Several legislators were in attendance. (Photo by Yereth Rosen/Alaska Beacon)

This story originally appeared at the Alaska Beacon. Republished by Native News Online under Creative Commons.