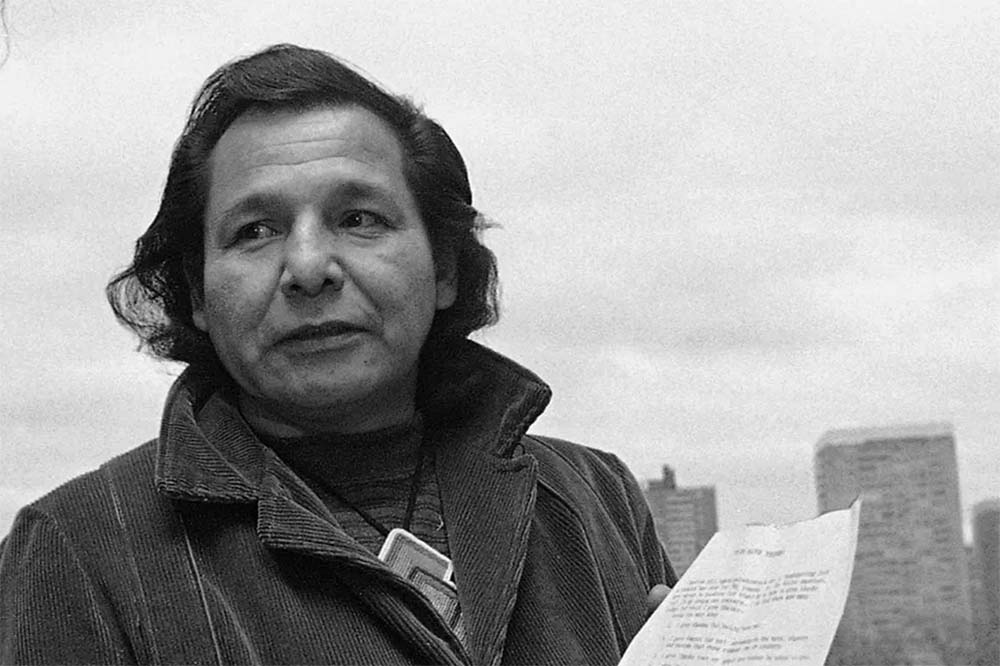 HAYWARD, Wis. — Native communities in the Great Lake region are mourning the loss of Eddie Benton-Banai (Bawdwaywidun Banaise), a co-founder of the American Indian Movement (AIM), who passed away on Monday, Nov. 30, in Hayward, Wis. He was 89. 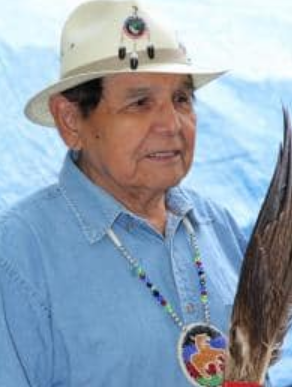 Eddie Benton-Banai. (Courtesy photo)Benton-Banai will be remembered for his vast contributions to the resurgence of Anishinaabe culture throughout the Great Lakes region where he was a grand chief, or spiritual leader, of the Three Fires Midewiwin Lodge. Beyond his role as a spiritual leader, Benton-Banai was an educator and author, who sought to preserve Native culture and spirituality.

“There are people who inspire us, who help us reach the spaces where we are able to be our best selves, who strengthen us to protect what our ancestors wanted for us. There are those who carry these teachings and wisdom and accept the responsibility. They are our teachers, our healers, our inspirations, and one of the greatest has walked on. Bawdwaywidun Banaise was one who accepted the responsibility of teaching and guiding the people,” Shannon Martin (Gun Lake Potawatomi, Lac Courte Oreilles Ojibwe), director of Ziibiwing Center of Anishinaabe Culture and Lifeways in Mt. Pleasant, Mich., said to Native News Online.

“He chose to stand for us, spiritually, ceremonially, and as an advocate politically. He carried and shared the prayers, prophecies, songs, and spiritual teachings of our ancestors. Bawdwaywidun taught many of us how to pray, sing, fast, laugh, cry, listen, and speak our language,” Martin continued.

Born and raised on the Lac Courte Oreilles Indian reservation in Wisconsin, Benton-Banai was incarcerated in his early adult life after he was convicted of manslaughter.

“Eddie ended up behind bars for a crime that a white man wouldn’t even have been tried for. He was in St. Paul while on leave from the army. He came out of a bar and saw an older white man trying to force an Indian girl into a car. Eddie pushed him, and the man fell and hit his head against the curb. He later died of a brain hemorrhage, and Eddie was convicted of manslaughter,” writes AIM co-founder Clyde Bellecourt in his autobiography “The Thunder before the Storm.”

After being released from prison, Bellecourt and Benton-Banai, along with Dennis Banks, started the American Indian Movement to stop police brutality in the Minneapolis-St. Paul twin cities in 1968. He was present during the AIM occupation of Wounded Knee in 1973.

Benton-Banai received a degree in education and a master’s of business administration degree. He started the Red School, an American Indian school in Minneapolis and St. Paul during the 1970s.

“Eddie was a mentor and friend to me and countless others. He worked up to his passing planting seeds to revive our Anishinaabe culture and language. For the next four days, I am going to observe a spiritual sacred fire and pray that he serve as messenger to bring our prayers with him,” Sault Ste. Marie Tribal Chairperson Aaron Payment wrote on his Facebook page.

Benton-Banai is also known for authoring “The Mishomis Book: The Voice of the Ojibway” that draws from the teachings of tribal elders that educate the youth about Ojibway creation stories and legends.

The following statement was issued today by Garden River First Nation. It reads in part:

“Today we mourn the passing of a great knowledge keeper and spiritual leader, Dr. Eddie Benton-Banai, Bawdwaywidun from Lac Court Orielles Band of Ojibways in Wisconsin and a relative from the Fish Clan,” stated Chief Any Rickard.

“Eddie was a leader in the early days in advancing Anishinaabe-controlled education and cultural-based education based on Anishinaabe philosophy and our sacred prophecies.

Eddie led the effort in revitalizing our traditional governance institutions by planning and organizing the historic gatherings here in Garden River First Nation in 1992 and 2007 by rekindling the sacred fire of the Three Fires Confederacy. Moments in time that will live on forever in the sounding of the voice of the Little Boy Water Drum and the lowering of our Teaching Lodges.”

Ceremonies will be held on the Lac Court Orielles Indian reservation near Hayward on Friday, Dec. 4.