After Graves Were Discovered at Residential Schools in Canada, Catholic Churches are Burning Down 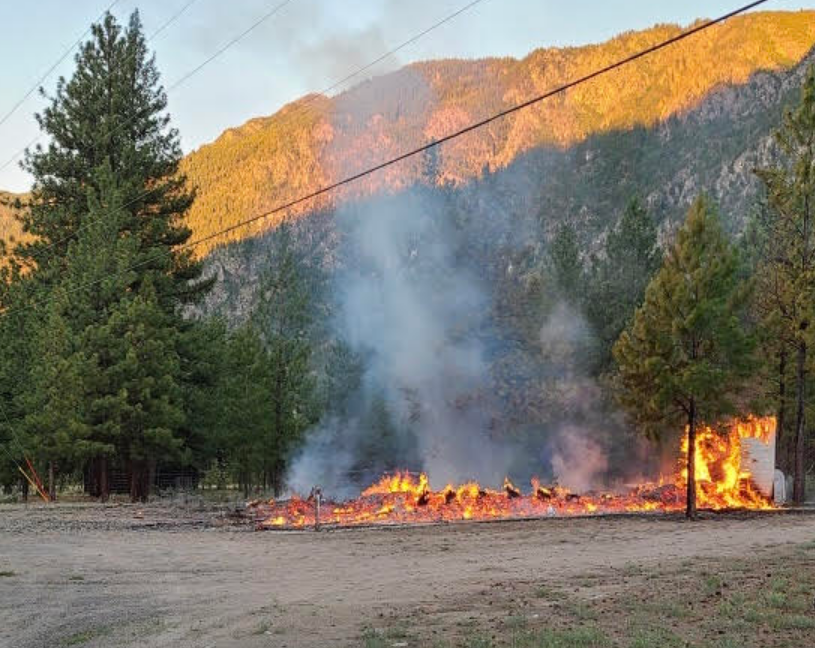 BRITISH COLUMBIA, Canada — Two more Catholic churches burned down in western Canada early Saturday. The churches were located near Indigenous communities at St. Ann’s Church and Chopaka Church, which are located within an hour of each other in British Columbia.

The burnings came less than a week after two other Catholic churches in British Columbia burned down on Monday, which was National Indigenous Day in Canada.

The Chopaka Church is located on Lower Similkameen land, near the U.S. border, and the fire reportedly began at around 4 a.m.

Chief of the Lower Similkameen Indian Band Keith Crow told Native News Online on Sunday afternoon he was the third person on the scene. Two of his tribal members, who live across the street from the church, woke him up with a telephone call. He lives 10 minutes away from the church and rushed to the scene.

“By time I arrived only one wall was left standing. The church went fast,” Chief Crow said. “My members were concerned the fire would spread to their home across a street.”

The four church fires come in the wake of announcements of the discovery of the remains of 215 children in unmarked graves at a former residential school site in Kamloops, which is located in the southeastern region of British Columbia.  Then, on Thursday, Chief Cadmus Delorme of the Cowessess First Nation announced the discovery of as many as 751 unmarked graves at the former Marieval Indian Residential School in the province of Saskatchewan, about 1600 kilometers from Kamloops.

Chief Crow, who is in his eighth year as chief, says he can only speculate on why the fires are being set.

“The church burning is devastating to our community. Some of our members attended church. Memories were made at the church. There have been weddings in the good times and funerals held there in the bad times,” Chief Crow said. “Whoever did it should know it was just wrong.”

Chief Crow told Native News Online that within his community, decisions should be made as a whole. If it was time for the church to go, it should have come to a community decision, not just whoever set the fire.

“Right now, we need to be standing together to support the survivors of residential schools. It’s going to take a long time to heal,” Chief Crow said.

There were no reported injuries at the four fires and there have been no arrests related to the burnings.