‘A Sea of Red’: Vigil Held for Missing Indigenous Man in Northern California REDDING, Calif. — More than 150 people gathered last Saturday at a federal district court house on Bechelli Lane, creating a sea of red clothing, to stand in solidarity with Missing and Murdered Indigenous People in Northern California — specifically Nick Patterson (Pat River Tribe), a 27-year-old who has been missing for more than 15 months.

“The family feels like they are not getting answers,” said Redding Rancheria Chairman Jack Potter Jr., who spoke at the vigil. “They're trying to believe that he's still alive, but yet they believe he's gone. (They are) just hoping that somebody will be compassionate and have a heart and come forward and say, ‘Yes, I know, this is what happened.’”

Patterson was last seen around the Hat Creek area of Shasta County on Jan. 4, 2020 wearing a green hooded Nike sweatshirt, blue jeans, basketball-style shoes, and possibly a beanie cap, according to a missing poster circulated on Facebook. The poster identifies him as between 5-foot-8 and 5-foot-9 in height and 220 to 235 pounds. There is a $6,000 reward for information leading to his finding. 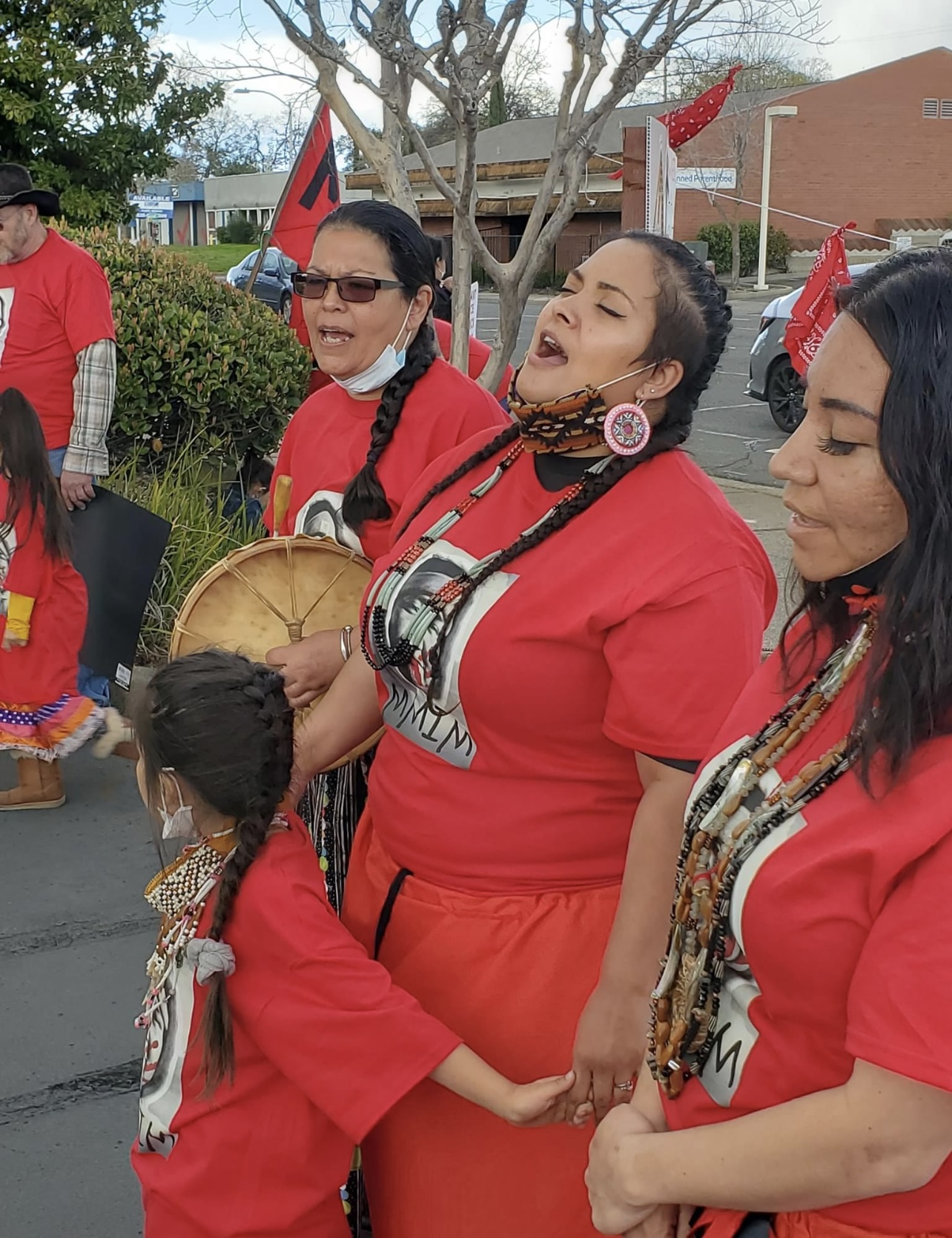 Patterson’s disappearance represents more than just a single loss for Indian Country, Potter said. Though the Shasta County Sheriff's Office has been investigating the case, along with private investigators hired by the family, no real evidence has turned up. Patterson’s name currently sits among a database of others, alongside the roughly 14 other cases of Missing and Murdered Indigenous Women, Girls, and Two Spirit People (MMIWG2S) that get reported each year in California.

At Saturday’s vigil, Patterson’s grandmother, Laura Seal — who he lived with before going missing — spoke about the grief familiar to many Native American and Alaska Native families. She recounted the loss of a cousin who went missing and he was found 20 years later when a construction team building a bridge unearthed a skull that’s DNA matched that of the missing person. “The family has closure after that long, but all they got was a skull to rebury,” Potter told Native News Online. “And so at the rally, his grandmother said ‘Is that all I'm going to have of my grandson is just one part, and then it’ll be over?’”

Last summer, the Sovereign Bodies Institute released a yearlong report looking at MMIWG2S in Northern California, where the majority of the cases in the state occur. Patterson’s disappearance and interviews with his family are included among case studies in the report to help define the problem and work towards a solution.

The study notes that the most common theme among interviews was “the deeply entrenched mistrust and broken relationships between law enforcement agencies and Indigenous communities,” including historic trauma dating back to colonization, as well as prejudice and police bias.

That mistrust is borne out of a perceived difference felt among Native communities over how police handle missing persons cases for Native Americans versus non-Indigenous people, Potter said.

According to the chairman, a non-Native man went missing within a week of Patterson last winter, but the search effort for the man — reported by his family as having gone hiking and never returning — was more immediate and wide-spread compared to the response after Patterson’s disappearance.

“Should we as Natives have to create little white lies when our people are missing and say ‘oh they were going to go hiking, and they never returned’? he said. “’To me, someone not coming back from hiking is the same as someone missing.”

Leading the tribes forward, Potter said the MMIWG2S crisis is creating the need for more conversations with youth. “I think it brought awareness and it lets people see that we’re not going to be silenced,” Potter said.

To report any information on the whereabouts of Nick Patterson, contact the Shasta County Sheriff’s Department at 530-245-6540. The case reference number is 20S001018.