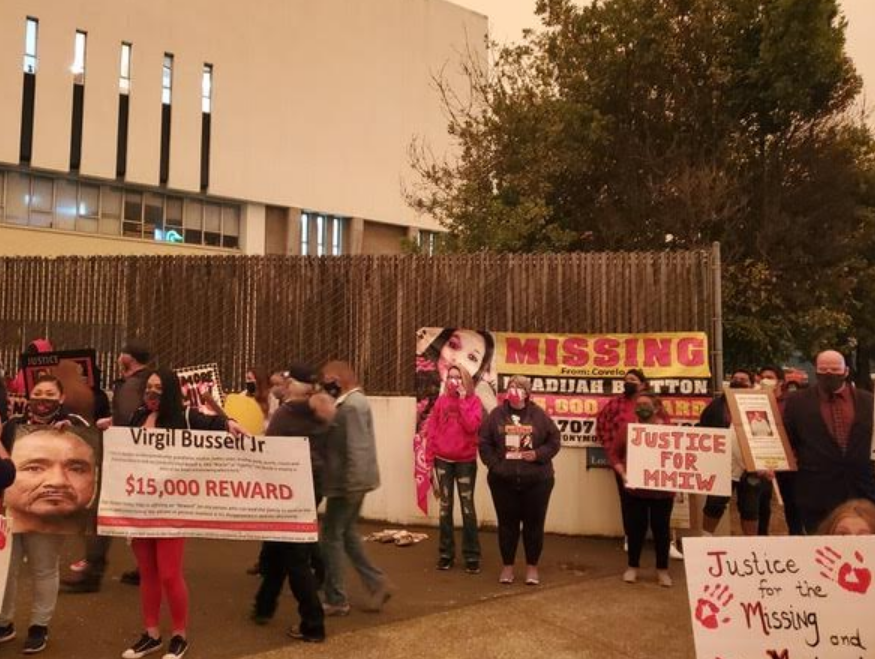 EUREKA, Calif. — With the California clouds filled with smoke from dozens of wildfires burning rampant in the state, 100 demonstrators gathered outside the Humboldt County Sheriff’s Office last Wednesday evening to bring public attention to the growing number of Missing and Murdered Indigenous People (MMIP) in Humboldt County.

The report indicates one in five occurred in Humboldt County. Of those gone missing, 22 percent were Hupa, 16 percent were Yurok and 11 percent were of the Round Valley Tribe, according to the report. 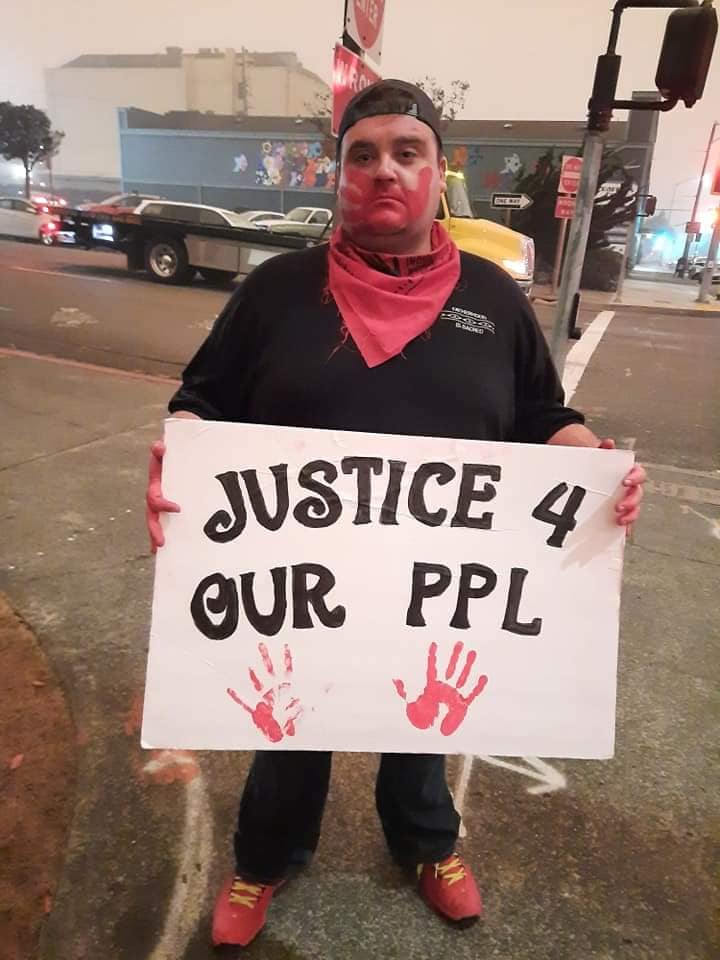 Jesse Armstrong was the organizer of Wednesday night’s protest. Photo by Lydia West.Wednesday's demonstration was organized by Jesse Armstrong (Choctaw). He stated that the protest sought to give voice to the families of the missing and murdered and compel local law enforcement to do more in the search for justice.

Armstrong, who coaches 8th grade girls’ basketball for Loleta Public Schools, told Native News Online that all the players on his team were Native with the exception of one. They all know families who have had loved ones go missing or who have been murdered. Armstrong says he knew he had to do something to help bring the problem to the public’s attention.

In June 2020, Assembly Member James C. Ramos (D-Highland), who is a past chairman of the San Manuel Tribe, introduced a legislative bill, AB 3099, in the California state assembly that increases collaboration among all law enforcement agencies in the state and on tribal lands.

Many family members of the missing are requesting this bill to also include Native men who have gone missing.

Alicia Renee Audelo’s father, Virgil Bussell Jr., went missing in March 2020. No search was conducted by law enforcement according to Audelo. Only family members and MMIP volunteers have been searching for him without support from trained individuals.

“Our native men. What about them?” said Audelo of her father.

Lydia West (Cheyenne and Arapaho), who has participated in two Longest Walks and serves as a MMIP volunteer, has been working on a mental health survey that can be used in Native communities in Northern California to assess concerns and issues encountered by family members who have been impacted by murdered and missing Indigenous people.

“As time passes the trail grows cold, and the hopes to find their loved ones diminishes. I see the sadness in their eyes, but they keep going on with the search. I know it affects them more than they display in the public,” West said.

The survey will be used for statistical purposes showing the mental and emotional impact on Native communities that are already high-risk for suicide, addiction, depression and domestic violence. For surveys please contact Lydia West [email protected] or call (707) 802-8183.

Armstrong says another protest will be held on Oct. 7, 2020 outside the FBI building in Fortuna, Calif. to make sure the FBI is committed to assisting in the MMIP movement.

Arthur Jacobs contributed to this article from San Francisco.