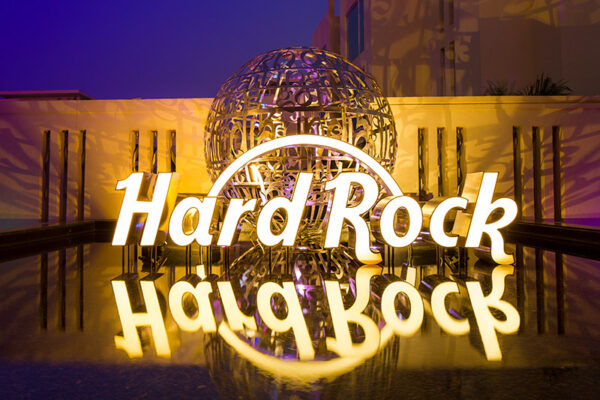 LAS VEGAS, Nev. — Hard Rock International, an enterprise of The Seminole Tribe of Florida, has acquired all rights to the Hard Rock brand for the Las Vegas market.

The deal with Houston-based Juniper Capital gives Hard Rock International the opportunity to develop, own, license, manage or operate a Hard Rock-branded casino and resort in Las Vegas and the surrounding Cook County, where it had previously been barred from using the brand.

Hard Rock International also acquired all the intellectual property, memorabilia, signage and merchandise in the deal.

“This agreement marks an exciting chapter for Hard Rock, in Las Vegas and beyond,” Hard Rock International Chairman Jim Allen said in a statement. “We look forward to the opportunity of enhancing our presence in Las Vegas, which will always be one of the most iconic entertainment markets in the world.”

In October, Allen said in a Bloomberg report that the company was eyeing a property on the Las Vegas Strip as “one of the possibilities” for a future hotel and casino, calling the location “a great opportunity for our brand.”

Hard Rock International, which the Seminole Tribe acquired in 2006 for $965 million, owns or licenses 262 venues in 76 countries, and owns one of the largest collections of music memorabilia, including more than 83,000 pieces.

JC Hospitality, a development, management and investment group that owns the site of the former Las Vegas Hard Rock, closed the location in February for renovations and is converting the property to the Virgin Hotels brand, according to a report in the Las Vegas Review-Journal.

In September 2019, the property owners announced a deal with Uncasville, Conn.-based Mohegan Gaming and Entertainment to operate the 60,000-square foot gaming space inside the refurbished Virgin Hotel.

The casino management firm, an entity of the Mohegan Tribe of Connecticut, will become the first Native American group to operate a casino on the Las Vegas strip.

“Aligning the MGE brand with Virgin Hotels Las Vegas extends our growing reach into yet another legendary global entertainment capital,” Mohegan Gaming and Entertainment CEO Mario Kontomerkos said in a statement at the time. “Together with Virgin Hotels, experience seekers all over the world will have the opportunity to partake in an extraordinary guest journey that only our strategic alliance can deliver.”