What’s Going on in Indian Country: April 28-May 5 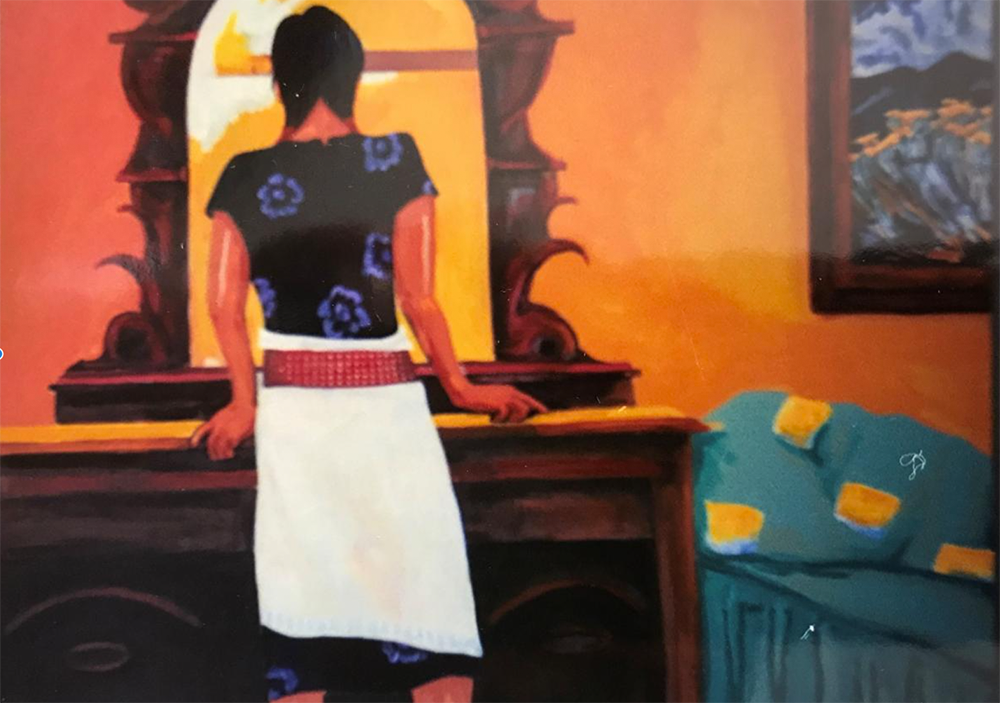 Highlights include a piece of ledger performance art,  a radio show from a talented Tulalip young person, and a Karuk weaving wonderland.

Consult Native News Online’s event guide to make the most out of the coming week.

WHEN: Thursday, April 28 through Saturday, April 30 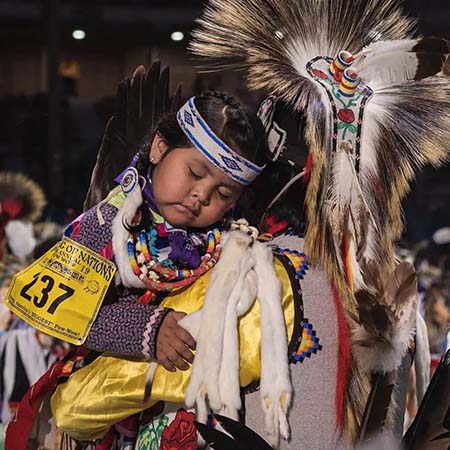 Known as “The Mecca of Indian Country,” the 39-year-old Gathering of Nations Powwow is a welcoming and culture-packed event  where tribal members from all over the country can connect and share their traditions and talents.

The Reservation Debutante has some last-minute primping to do in front of her dresser mirror before she leaves for the Indian Fair. But the subject of Kiowa artist Jay Benham’s painting has more than make-up on her mind.

Art lovers can see the Debutante in motion and hear her inner thoughts when the painting transforms into a live theater vignette at the Museum of Native American History (MONAH).

Eastern Band of Cherokee performer and flutist Gaby Nagel, who will be dressed and painted to exactly match the painting stars as the Debutante. The audience will hear her critical observations about how she will be perceived at the event she’s prepping for via voiceover as she acts out the scene on a set designed as a 3-D replica of the Debutante’s bedroom.

This fusion of painting and performance art sprang from Benham’s desire to bring a new dimension to his work to add context and depth to the stories they represent. A grant from Mid-America Arts Alliance allowed him to develop the live painting installations.

“The scope of this project is designed to elevate the traditional ledger art story told on a new level,” Benham said in a statement. “I realize that my oeuvre, which has included two-dimensional paintings that hold a particular narrative supported by a written story, no longer suffice.”

She also noted that the performance piece is a prime example of “Indigenuity,” a forward-looking concept and term popularized by Haskell Indian Nations University  professor Dr. Daniel Wildcat. Indigenuity combines Indigenous knowledge and ingenuity in fields ranging from environmentalism to art.

“One of the main watchwords of our museum’s mission is Indigenuity,” Buchanan-Yale said. “Jay is all about Indigenuity, because he;s taken the traditional form of ledger art and taken it a step farther, where this literally comes to life and people can understand that ledger art is not static; it's something that can reflect history being made today.”

WHEN: Friday, April 29 through Sunday, May 1 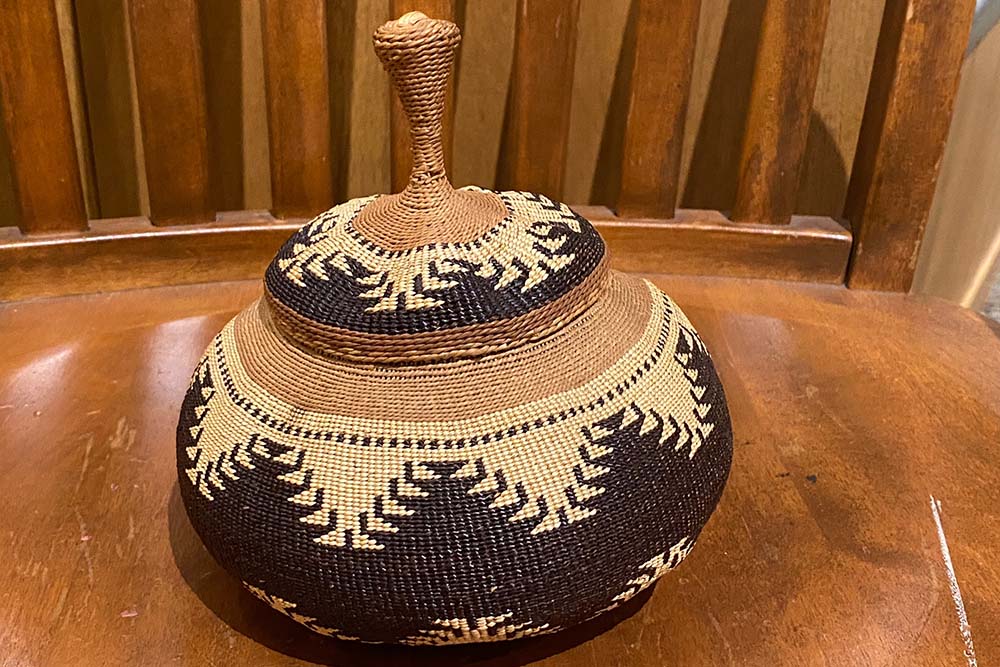 “A long time ago on our lands, we would be able to burn basket materials, like hazel and beargrass. And with those materials being burned, it would increase the longevity of the baskets. One of the baskets that we use is a baby basket made of hazel sticks. We need those sticks to be as strong as possible to carry around our babies,” Alice Lincoln-Cook (Karuk), chair of the California Indian Basket Weavers Association, told Native News Online. “When we say ‘following the smoke,’ what we're talking about is putting smoke on the ground ourselves and burning this material ourselves and managing the land ourselves.”

The strong relationship between cultural burns and basket weaving will be explored this weekend when masters of Karuk basketry come together for a series of demonstrations, open weaving  sessions,  presentations and field trips to areas rich with basket-making materials.

“You get a chance to  see how somebody else is making something and sit down and  interact with the weavers,” Lincoln-Cook said. “It's a really good feeling to be with other weavers. With COVID, it's been a long time since they've been able to get together. It will be a really good thing.” 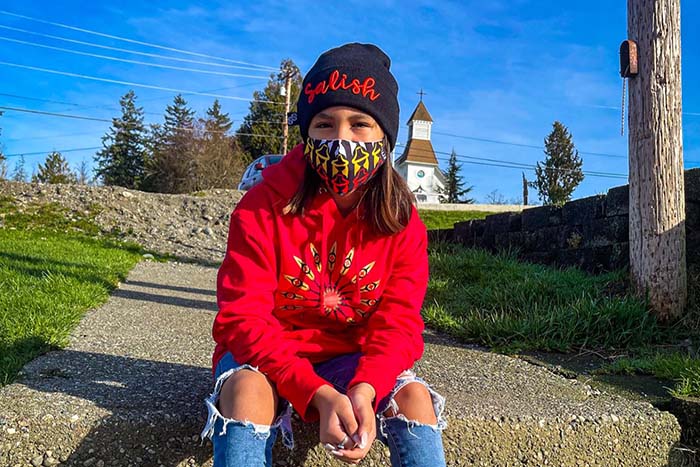 With her show Chasing Stars, Tulalip teen Faith lukes is the breakout star of Daybreak Star Radio Network and proof that Indigenous youth can soar to great heights with the right balance of talent, hard work and humility.

A few months ago, Daybreak Star Radio–based out of the Daybreak Star Indian Cultural Center in Seattle–reached out to lukes and offered her a radio show.

On Chasing Stars, lukes shares music from her favorite contemporary Native artists every Friday from 3 p.m. to 4 p.m.

“I want to inspire the youth and I want to showcase my work to them, to show them that they don't need to be a pro basketball player or an outstanding football player,” lukes told Native News Online.  “We as Native kids can be acknowledged for who we are.”

The teenage media maven, who is also Media Director for nonprofit Rise Above Inc., which focuses on empowering Native youth, started her career when she was 11 by doing interviews on Youtube and //www.tiktok.com/@faith.iukes11">TikTok.

Since then, she has caught up with top pop culture luminaries like rap and Reservation Dogs stars Lil Mike and FunnyBone, actor Tatanka Means and hip-hop hero Supaman. Her latest interview is with electronic music group Halluci Nation.

When lukes sits down to interview the stars, she keeps her cool like a radio pro.

“I've never been one to get starstruck,” lukes said.  “I try to stay humble about it.”

So far, her favorite interview subject is Comanche singer and America’s Got Talent contestant Brooke Simpson.

“She's so kind and she's such an amazing person, and so down to earth,” lukes said. “She’s just an overall kind soul.”