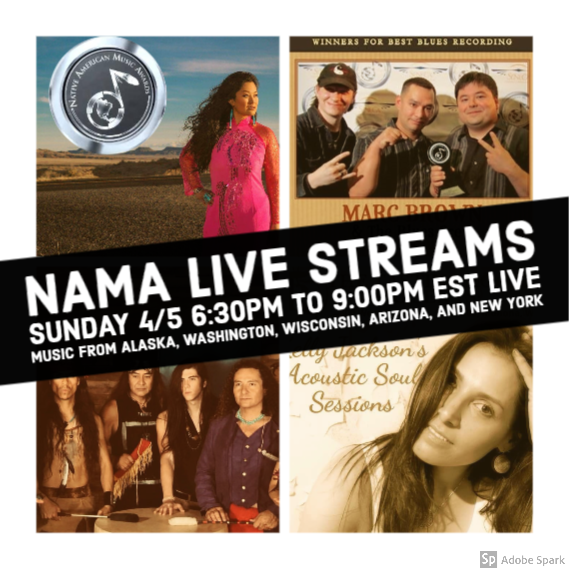 Kelly Jackson of the Lac du Flambeau Band of Lake Superior Chippewa Indians, is from Wisconsin. Her debut album, Spirit of a Woman, which honored the women in her life, won her a Native American Music Award for Best Folk Americana Album.

Tony Louie from the Coville Indian tribe, is a Hip Hop Artist who was featured in the award winning Best Rap Hip Hop Music Video, for Break These Chains, by Just Jamez.

Clan-Destine, an intertribal group, won for Best Pop Rock Group at the Native American Music Awards. They mix vocal chants, flutes, tribal drum, and the ideals of their heritage with modern music genres.

Music is Medicine and has the power to heal.

Let Us Lift Your Spirit This Sunday!