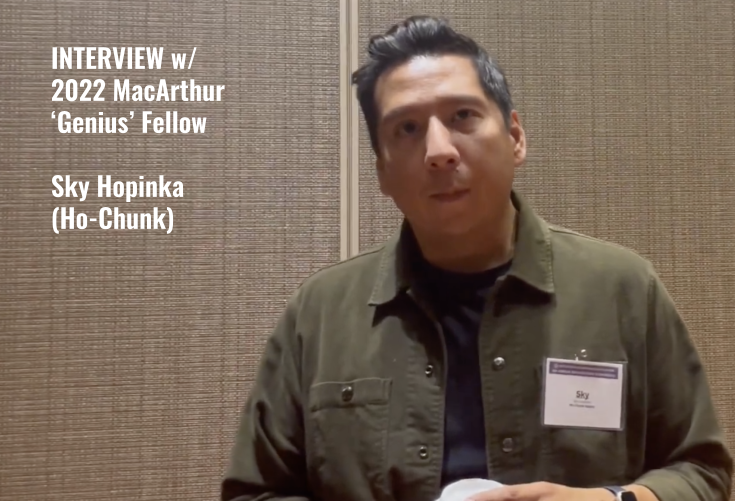 Hopinka is a filmmaker, photographer, and poet whose work centers around personal positions of Indigenous homeland and landscape. He's also a professor of film at Bard College in upstate New York.

News of his award—which comes with a no-strings $80,000–broke while he was attending the Association on American Indian Affairs annual repatriation conference.

"I've heard there's a genius among us," Shannon O'Loughlin, chief executive of AAIA proclaimed, ushering Hopinka to the front of a 200-person room to congratulate him.

Native News Online's Jenna Kunze, who was at the 3-day conference in New Buffalo, Mich., spoke with Hopinka just hours after the anouncement. He talked about his work, what’s next, and what this award means for him. In short: "freedom."

WATCH the interview below.