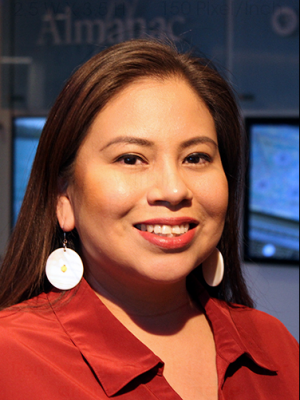 The announcement was delivered at the 2020 Sundance Film Festival by N. Bird Runningwater, director of the Sundance Institute’s Indigenous Program. Runningwater praised Hale, while offering up memories on the fellowship’s namesake, Mita (Ngāi Te Rangi/Ngāti Pikiao), who was New Zealand’s first Indigenous female filmmaker. Mita also served as an advisor and artistic director of the Sundance Institute Native Lab from 2000 to 2009, where she championed emerging Indigenous talent.

“This annual fellowship celebrates the enormous artistic contributions and memory of our beloved colleague and friend Merata Mita, who was a mother, an activist, documentarian and the first Indigenous woman to write and direct a dramatic feature film,” Runningwater said.

“Further, it underlines Sundance Institute’s ongoing global commitment to supporting Indigenous artists,” he added. “The selection of Leya Hale as the 2020 recipient reflects the incomparable talent, productivity and lifelong creative and artistic energy in everything that Merata accomplished throughout her life.”

Hale, who comes from the Sisseton Wahpeton Dakota and Diné Nations, lives in Saint Paul, Minn. with her companion and three children. Along with her film projects, she is also an award-winning producer for Twin Cities PBS.

According to Sundance, Hale was selected from a global pool of applicants and will be awarded cash grants and a yearlong continuum of support. The support includes a trip to the Sundance Film Festival, access to strategic and creative services offered by Sundance Institute’s myriad artist programs and mentorship opportunities.

Founded in 1981 by Robert Redford, Sundance Institute is a nonprofit organization that “provides and preserves the space for artists in film, theatre, and media to create and thrive,” according to its website. The Institute's signature labs, granting, and mentorship programs, dedicated to developing new work, take place throughout the year in the U.S. and internationally.