Scorsese’s ‘Killers of the Flower Moon’ Begins Filming in Feb. 2021 on Osage Nation 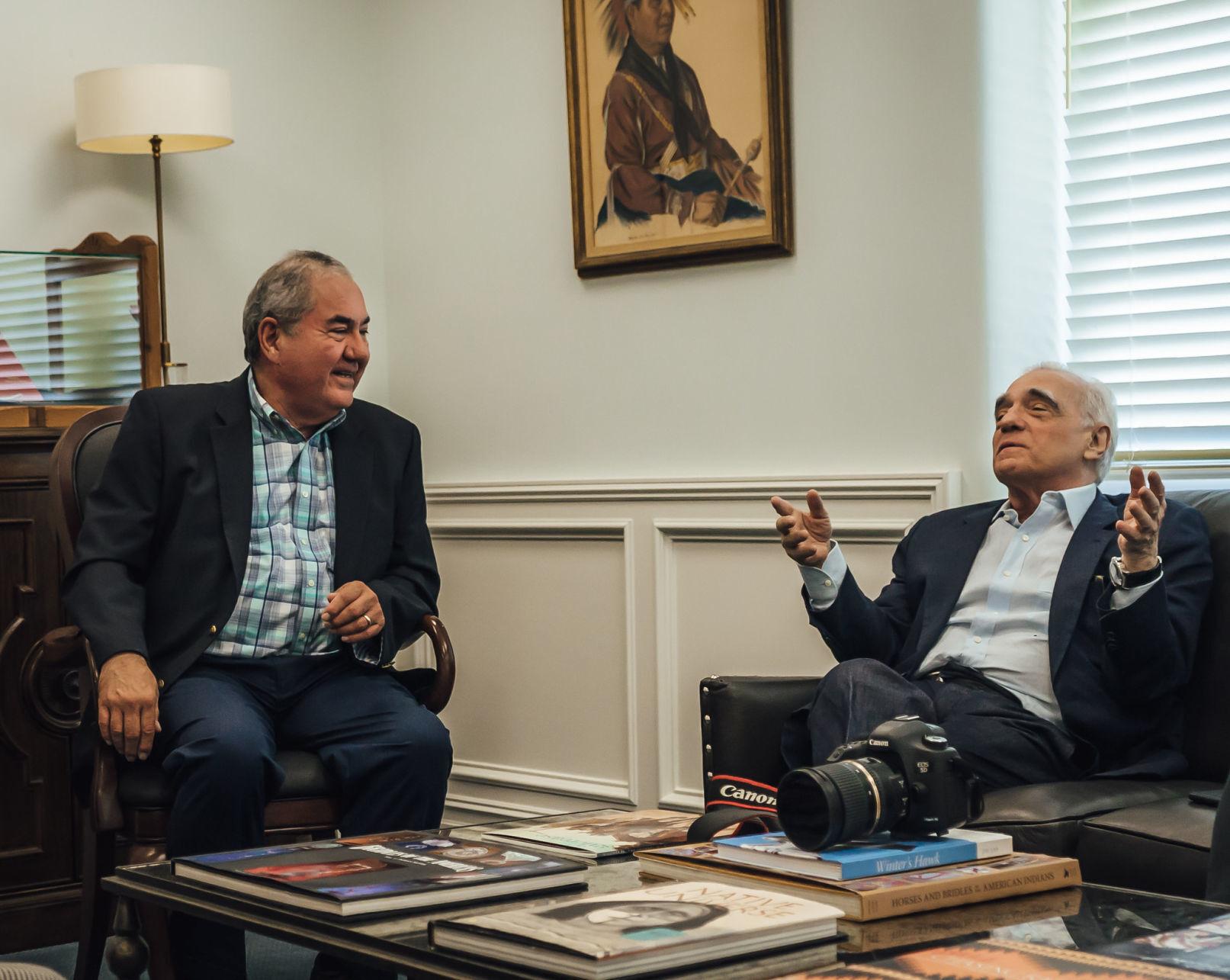 OSAGE NATION — With funding in place, “Killers of The Flower Moon,” an upcoming film centered on the decades-old Osage Nation murder cases, is set to begin filming next February near Pawhuska, Okla., home of the Osage Nation.

The announcement was made during Principal Chief Geoffrey Standing Bear’s report during the Seventh Osage Nation Congress on Wednesday. Standing Bear was musing about the need for an Osage Nation Museum expansion and remodel when he let slip a tiny detail about the feature film being directed by Academy Award-winning Martin Scorsese, according to the Osage News, the official newspaper of the Osage Nation.

“My latest information is that they would start filming, subject to Coronavirus, February 2021,” Standing Bear said. “And, they will be here for about 16 weeks. They’re going to start moving in here quietly, I’m not helping that very much, but quietly around November and December. So, they’re coming.”

The early arrivals will construct movie sets in either November or December. Actual filming will not start until February 2021.

“Killers of the Flower Moon,” which is based on a 2017 book by author and journalist David Grann, is tentatively set for a 2021 release and recounts the story of Osage Nation members who were murdered under mysterious circumstances in the 1920s. The killings sparked a landmark FBI investigation involving J. Edgar Hoover.

Academy Award winners Leonardo DiCaprio and Robert De Niro have been announced as playing central roles in the film.

Funding was set in May 2020 for the film when Apple agreed to finance the project as one of its original films. Paramount will still distribute the film theatrically worldwide.

Scorsese’s last movie, “The Irishman,” was distributed through Netflix and scored a handful of Academy Award nominations. While it saw a limited run in theaters, it’s main distribution came from streaming on Netflix.